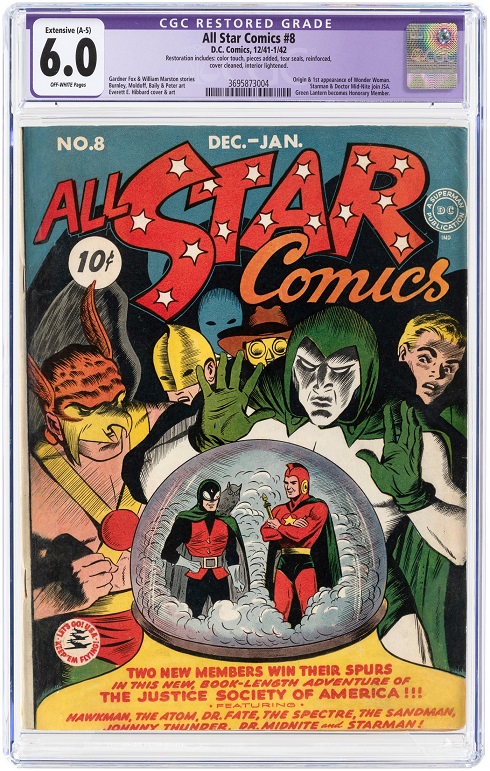 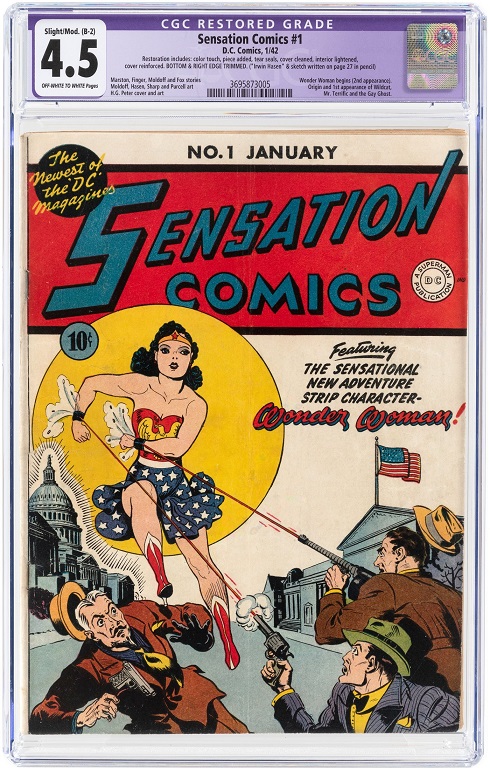 Upon her introduction in 1941, Wonder Woman became the most important superheroine in comics. In the nearly 80 years since, she has maintained her status as one of the most popular superheroines and powerful characters in DC Comics. Now, fans of Princess Diana of Themyscira have the opportunity to bid on not one but two of her biggest comic keys.

All Star Comics #8 CGC Restored 6.0 contains Wonder Woman’s first appearance and origin in the backup story “Introducing Wonder Woman.” Adding to the issue’s significance, it features the first appearance of Steve Trevor, and in the main story, Starman and Dr. Mid-Nite join the Justice Society of America, and Green Lantern becomes an honorary member.

In Sensation Comics #1 CGC Restored 4.5, Wonder Woman gets her first cover and second appearance. This issue also sees the origin and first appearance of Wildcat, Mr. Terrific, and the Gay Ghost. Adding to its value, Wildcat co-creator Irwin Hasen has added a pencil sketch of Wildcat at the top of page 27 and signed his name and “’42” date.

Hake’s Auction #230 comprises 2,048 lots of pop culture and Americana memorabilia. It is open for bidding at hakes.com now through Wednesday and Thursday, September 23-24, 2020.