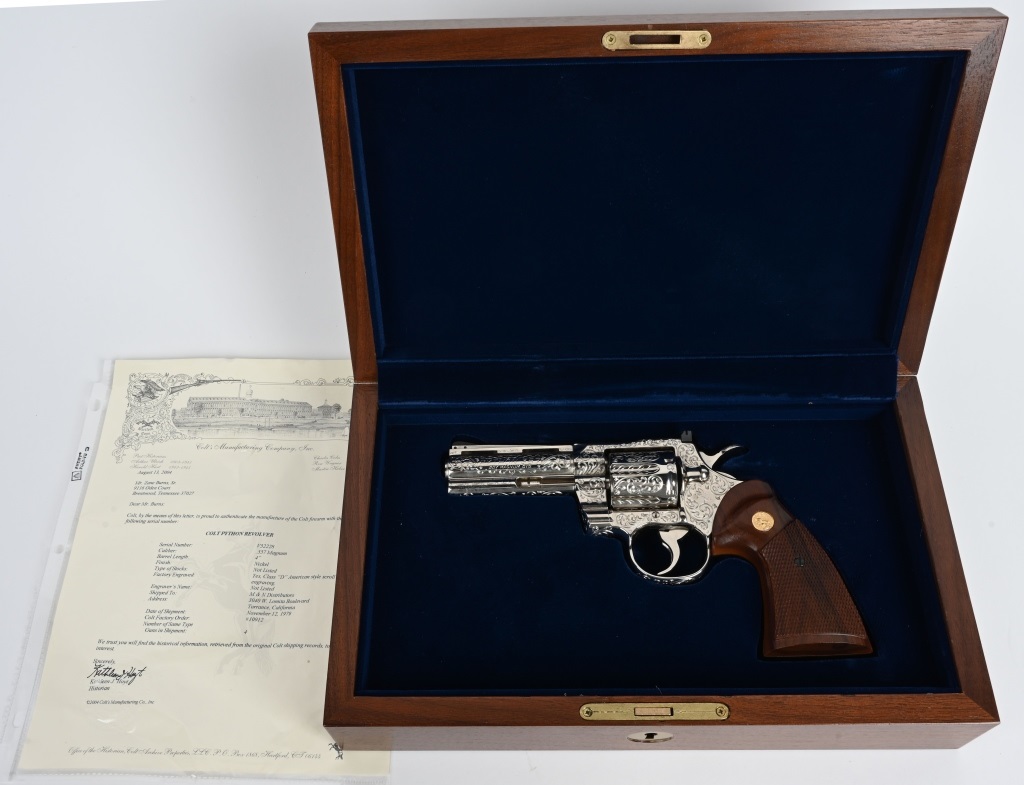 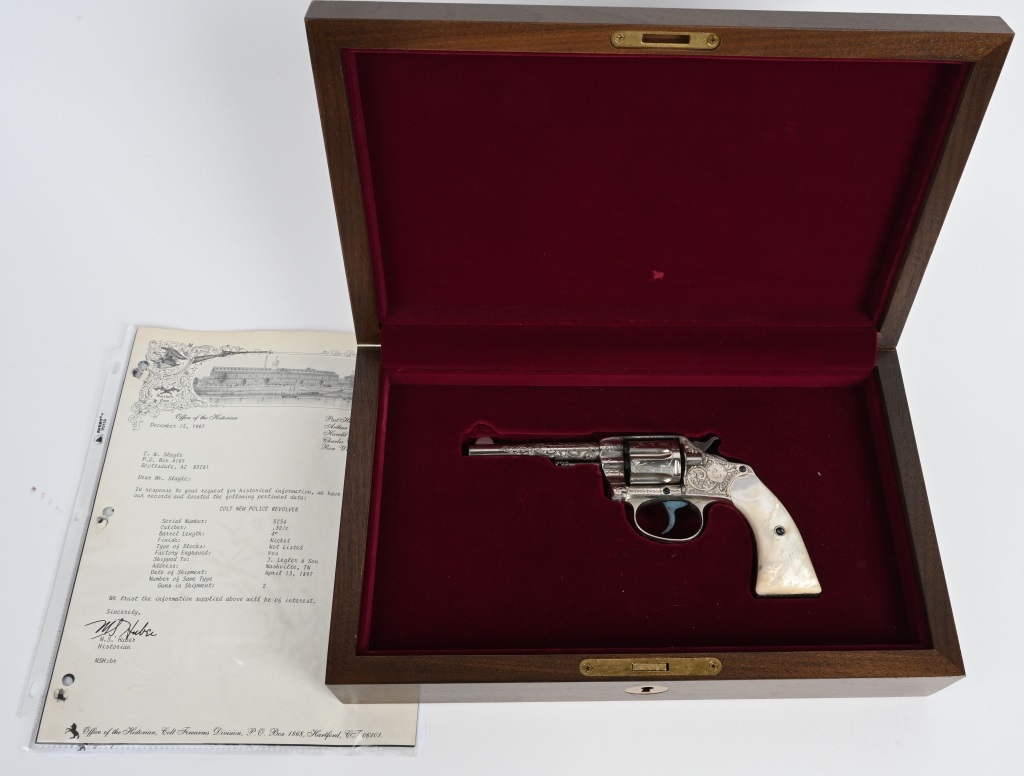 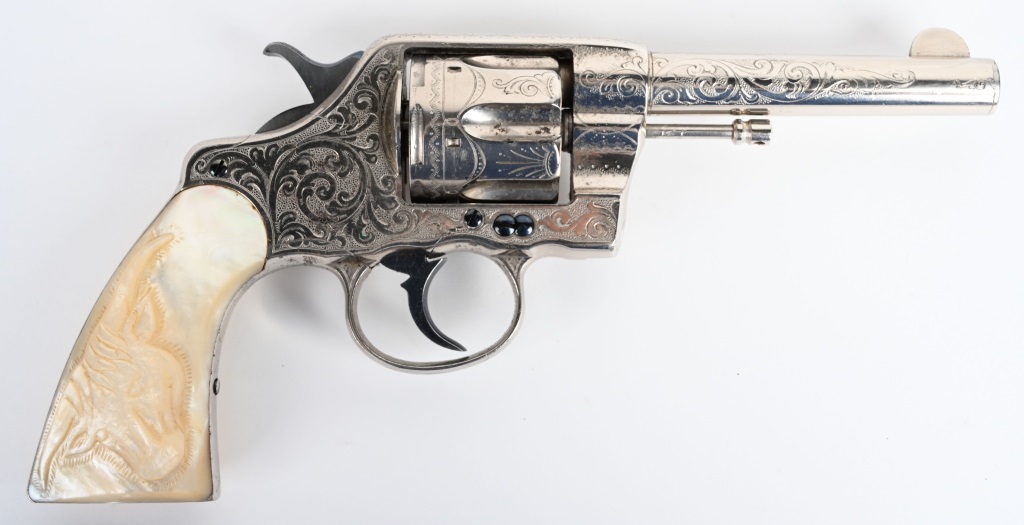 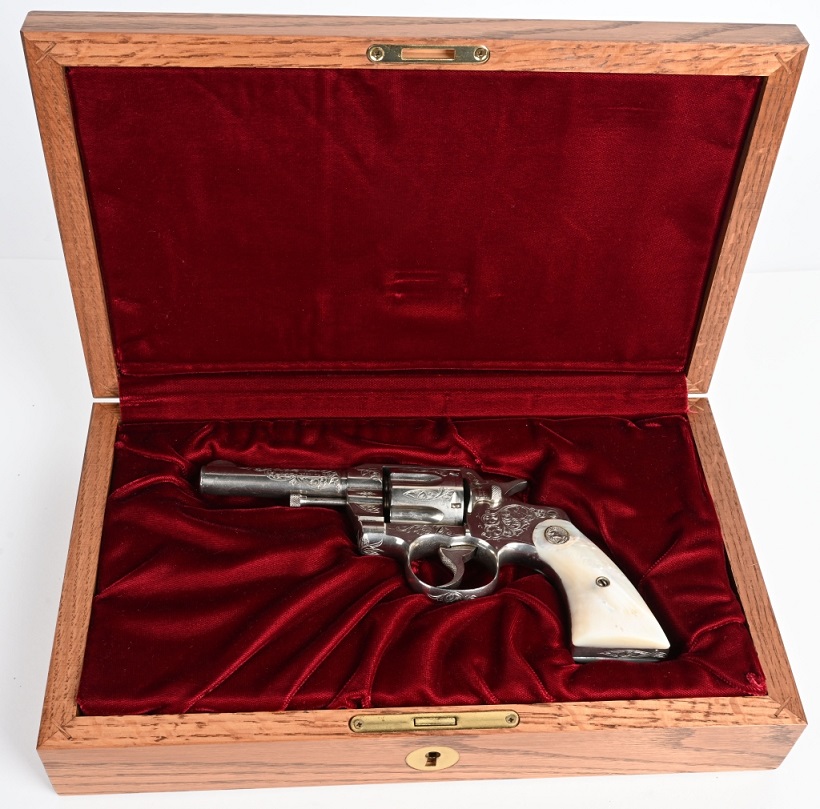 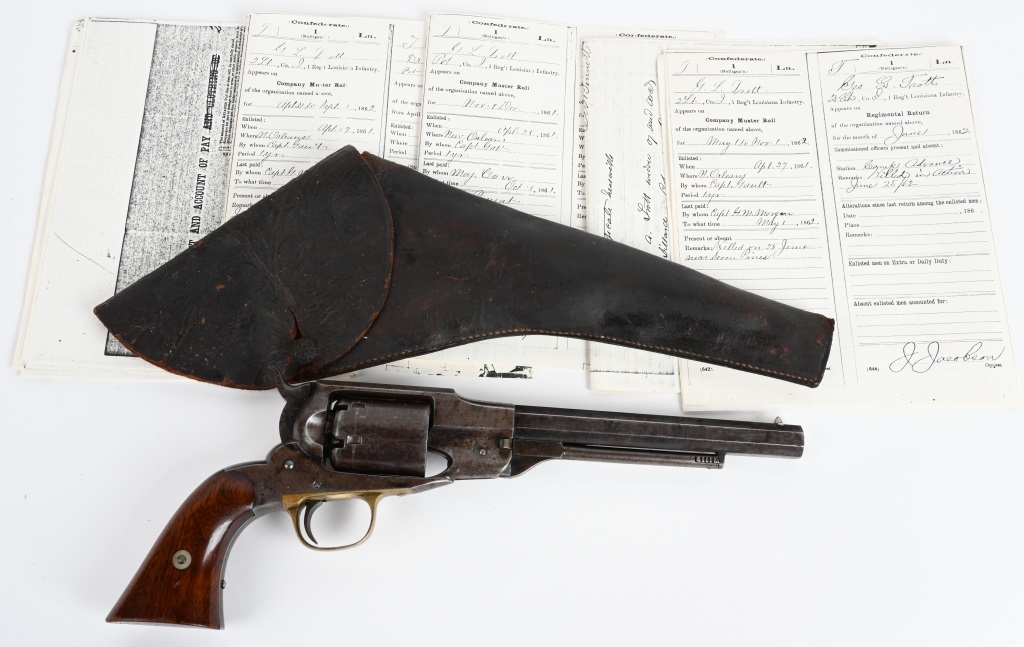 Milestone Auctions’ Premier Firearms Auction is an event that collectors of antique and modern guns have elevated to “must-attend” status. Known for its tremendous variety of high quality arms and authoritative catalog descriptions, Milestone’s Premier sales traditionally feature rifles, shotguns, pistols and revolvers made by the most respected American and overseas manufacturers. The company’s next Premier Firearms Auction is slated for Saturday, September 26, 2020, at Milestone’s suburban-Cleveland gallery, with all forms of remote bidding available, including absentee, phone and live online.

“Our Premier sales are where collectors go to find something really special, and we know they’re not going to be disappointed on September 26,” said Milestone Auctions co-owner Miles King. “There will be more than 200 Colts, including single-actions, Pythons, Lightnings, and M1911s; numerous Winchesters, and many other rare civilian and military productions that date as early as the 18th century. Some have incredible factory engraving by the masters, like Cuno Helfricht and William Gough.”

One of the earliest Colts in the sale is a Navy .41-caliber revolver that was shipped from the factory in 1897, as documented by the included factory letter. A handsome gun originally sold to Shepleigh Hardware in St. Louis and subsequently shipped to John Griffith Hardware (address unknown), its nearly full-coverage American scroll motif and steer’s-head image on the pearl stocks were the work of the legendary Cuno Helfricht (1871-1921), or his shop. Its presale estimate is $8,000-$12,000.

Another desirable antique Colt revolver with factory Helfricht engraving is the 1897 ‘New Police’ double action with near-mint bore and action. A solid 99% gun, it was originally shipped by Colt to J. Legler & Son in Nashville. This very attractive .32-caliber Colt comes with its original factory letter and is presented in a modern Colt walnut fitted case. Estimate: $7,000-$10,000

Also made by Colt, a US Model 1903 .32-acp Pocket Hammerless ‘U.S. PROPERTY’ pistol was commonly known as the General Officers Model. Milestone will auction an example of this gun, manufactured in 1942, in as-new condition and with a perfect bore and matching numbers. It retains its original box and pictorial instructions sheet and is expected to make $3,500-$4,500.

Shipped to a St. Louis hardware store in 1912, a Colt .41-caliber double-action Army Special is as crisp as the day it was made, with sharp rifling and like-new action. Its accompanying factory letter notes that the gun was factory-engraved, indicating it was the work of Cuno Helfricht, their engraver at that time. With its Colt glass-top custom display case, it comes to auction with a $6,000-$9,000 estimate. A Colt .38-caliber Army Special revolver manufactured in 1924 and factory-engraved by William Gough, or his shop, has a like new bore and action. In a modern Colt walnut display case, it could reach $8,000-$12,000 at auction.

There’s never a shortage of bidders for Colt’s Python .357 Magnum, which has increased in value steadily over the past several years. An example of the coveted 4-inch nickel Python is offered in Milestone’s sale in like new, unfired condition, with almost-overall fancy engraving. The accompanying factory letter states the gun was shipped to the original California buyer in 1979. Together with its walnut Colt display case, the gun is estimated at $7,000-$9,000.

One of the auction’s top lots is a Civil War-era Remington Beals Navy revolver that was made only in the years 1861 and ’62. With a .36 bore and 7-1/4-inch barrel, it boasts exquisite engraving that has been attributed to L.D. Nimscke. The gun is arguably the finest, most highly decorated revolver of its type known to exist and should command a winning bid in the $12,500-$17,500 range.

A fine Remington Beals Confederate 1st Model Navy .36-bore percussion revolver, one of only 200 made in 1861-’62, is stamped “G. Trott” on the butt end of both grips and bears the serial number “95.” Milestone Auctions’ scrupulous research revealed that the gun was the very one Confederate Lt. George Trott carried with him on the day he was killed at the June 25, 1862 Battle of Seven Pines in Virginia. Its auction estimate is $8,000-$10,000.

European highlights include firearms by Ruger, Glock Sig Sauer, Beretta, Browning, Mauser, as well as several noteworthy antique weapons. Made in the 1860s, an English .32 bore percussion knife gun stamped “James Rogers Sheffield” is entered with a $2,500-$3,500 estimate. A circa 1760 Revolutionary War Dutch flintlock musket, one of a shipment sent to Massachusetts with the help of Benjamin Franklin, has an auction target of $3,000-$4,000. Also of great interest, a scarce antique 4-barrel, .476-caliber Eley multi-shot, big-bore handgun is of a type that was favored by British army officers stationed in India. With all variations considered, fewer than 1,000 of this type of gun were made. Its top barrel rib is stamped “CHARLS LANCASTER (PATENT) 151 NEW BOND ST LONDON,” and all four barrels are British proofed. This rare, high-condition gun is estimated at $5,250-$7,500.

Rounding out the auction are many M1 Garand and 1903-A3 rifles, US M-1 Carbines, and both WWI and WWII firearms, including Lugers, Colt, Smith & Wesson, ID'd Webleys and more. The large selection of Winchesters includes M1866, M1873, M1890, M1892 and many other models. Shotguns include a Colt M1855 revolving shotgun, Winchesters, Browning, Beretta, Remington, English shotguns with cases, and more.

Milestone Auctions’ owners and their attentive staff look forward to welcoming guests to their Saturday, September 26, 2020 Premier Antiques & Modern Firearms Auction, which will be held live at the company’s gallery located at 38198 Willoughby Parkway, Willoughby, OH 44094. All additional forms of bidding will be available as well, including live via the Internet through Milestone Auctions’ bidding platform, LiveAuctioneers, Proxibid, or Invaluable. Start time is 10 AM ET. For additional information, call (440) 527-8060 or email info@milestoneauctions.com and online www.milestoneauctions.com.