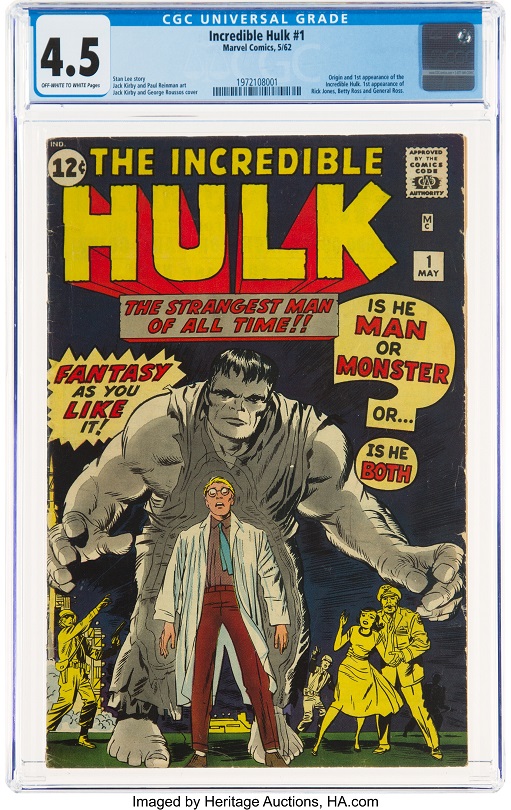 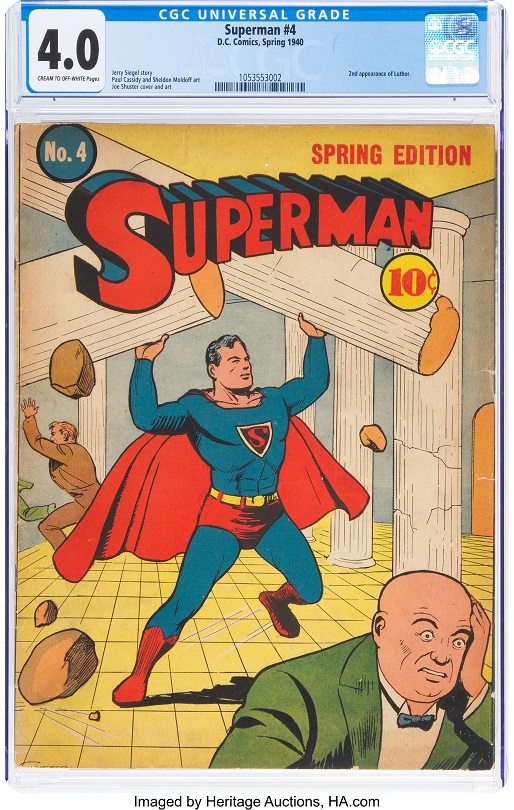 In the next Sunday & Monday Comics, Animation & Art Weekly Online Auction, Heritage is offering important keys from Marvel and DC, including Incredible Hulk #1 and Superman #4. Comics close on September 20 and everything else ends on September 21, 2020.

The Hulk’s origin and first appearance is in The Incredible Hulk #1 CGC 4.5, along with the first appearances of Rick Jones, Betty Ross and Thunderbolt Ross. Jack Kirby provided the art and cover, which is popular with collectors because the Hulk is in his original grey, rather than the green look many associate with him. The critically important issue is ranked #2 on Overstreet’s list of Top 50 Silver Age Comics.

Superman #4 CGC 4.0 includes the second appearance of Lex Luthor, the longtime enemy of Superman who was created by Jerry Siegel and Joe Shuster. Sheldon Moldoff and Shuster teamed up to provide the art, and Shuster offered the cover.