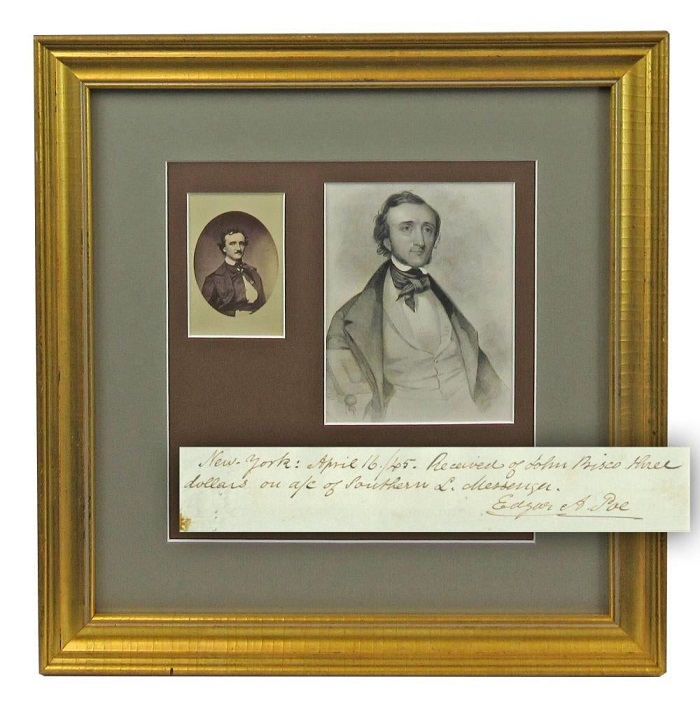 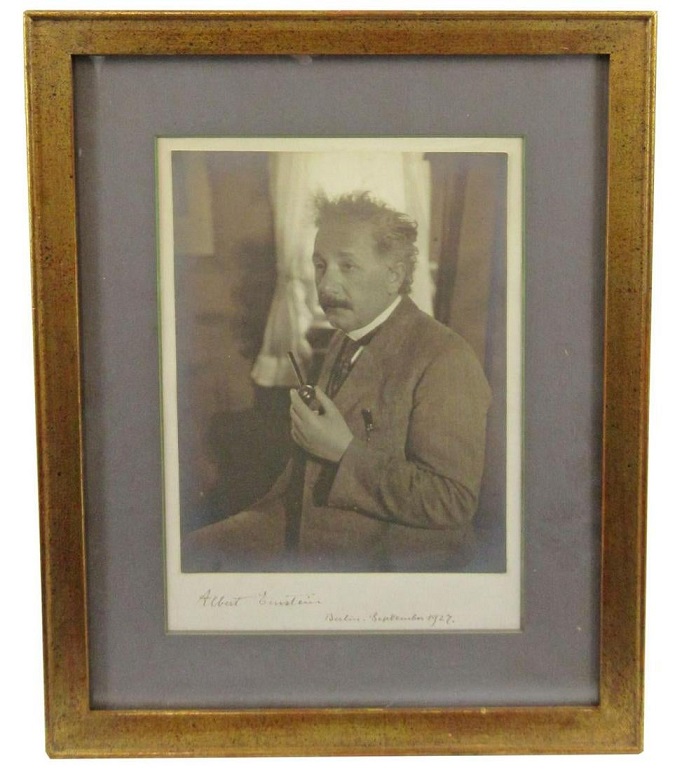 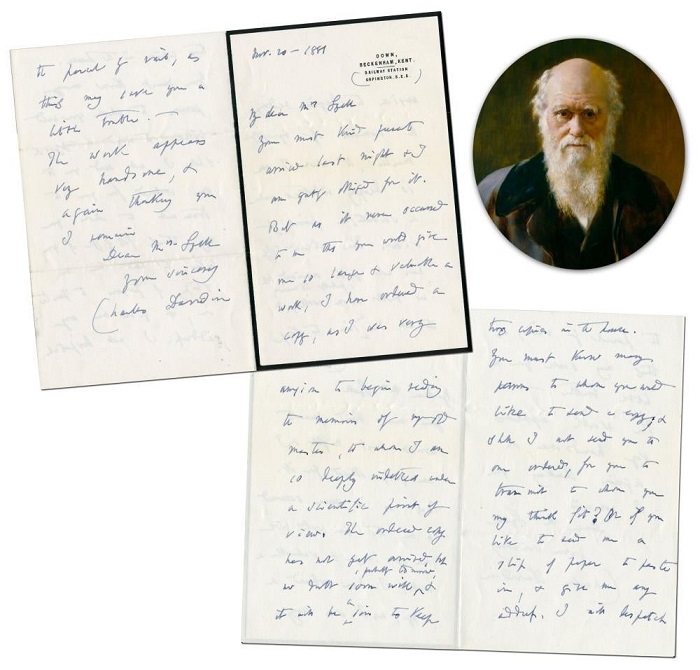 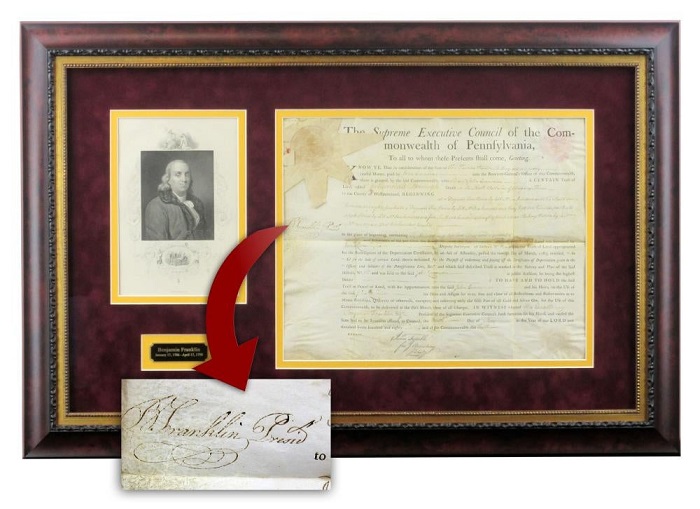 A presentation copy of a Russian book celebrating the 10th anniversary of the People’s Republic of China signed by Chairman Mao Zedong (Tse-Tung); a receipt signed by Edgar Allan Poe, likely for payment of his famous poem “The Raven”; and a signed copy of Albert Einstein’s doctoral dissertation from 1905 are all part of University Archives’ next online auction slated for Wednesday, September 30, 2020. The auction will begin at 10:30 AM ET.

The full catalog, showing all 356 lots, is up for bidding and viewing now, at the newly revamped University Archives website (www.UniversityArchives.com), as well as the online platforms LiveAuctioneers.com, Invaluable.com and Auctionzip.com. Phone and absentee bids will also be accepted. The sale contains rare and highly collectible items from multiple specialty categories.

These include literary (including Poe, Nathaniel Hawthorne and more items from the estate of Beat writer Jack Kerouac); presidential (to include items signed by Washington, Jefferson, Lincoln, Kennedy, both Roosevelts and others); and early American (to include Benjamin Franklin and some signers of the Declaration of Independence, always a hit with collectors).

Other categories include foreign (the Mao Zedong piece, plus the Cuban Revolution and other items), science (seven lots pertaining to Einstein, plus Charles Darwin, Sir Isaac Newton, Stephen Hawking and others), and space, a burgeoning category of collectibles (featuring Apollo IX, XI, XII, plus Neil Armstrong, Walter Schirra, Russian cosmonauts and Charles Lindbergh.)

The special presentation copy of a Russian book signed by Chairman Mao Zedong and dedicated to Marshal Semyon Budenny, a Soviet Civil War hero and deputy member of the Politburo, has an estimate of $200,000-$300,000. The 588-page book is wrapped in white silk binding, printed in Cyrillic and profusely illustrated. It celebrates the 10th anniversary of the founding of the People’s Republic of China in October 1959. An intense bidding war is anticipated for the book.

The receipt signed by Edgar Allan Poe (1809-1849), probably acknowledging payment for publication of his poem “The Raven”, dated in Poe’s hand (“April 16 / 45”), handsomely displayed alongside two portraits of Poe and framed behind glass, should bring $60,000-$70,000. Also sold will be Walt Whitman’s handwritten invitation to a Philadelphia guest and items signed by literary legends Henry Wadsworth Longfellow, Mark Twain, Arthur Conan Doyle and others.

The Science category is packed with historical documents, manuscripts, photos, and books from the greatest scientific minds of the last 400 years. The copy of Albert Einstein’s doctoral dissertation from 1905, signed by him and titled A New Determination of Molecular Dimensions, should hit $30,000-$40,000.

The six other Einstein-related lots in the sale include a nicely framed silver gelatin photo of Einstein, a candid bust of him dressed in a dapper suit, signed and dated (‘Albert Einstein, Berlin. September 1927’) (est. $20,000-$30,000). There are three autographed letters signed, one of which features over 30 lines of tightly packed cursive and 12 lines of mathematical notations in Einstein’s hand (est. $24,000-$26,000). There are also two typed letters signed, one referring to the 200th anniversary of the death of Einstein’s predecessor Sir Isaac Newton (est. $5,000-$6,000); and one alluding to Hendrik Lorentz, the Dutch physicist and fellow Nobel prize winner (est. $2,000-$2,500).

A four-page autographed letter signed by Charles Darwin and dated November 20, 1881, discussing his mentor, the Scottish geologist Sir Charles Lyell (“the old master, to whom I am deeply indebted under a scientific point of view”), will be of maximum interest and is expected to knock down for $20,000-$30,000. Also up for bid will be rare, signed and foreign language editions of Darwin’s controversial works The Descent of Man and On the Origin of Species.

September will feature the first installment – nearly 80 lots – of the estate of Father Ronald Hoskins (1949-2020), the noted assassinologist and collector of John F. Kennedy memorabilia.

These include the original police badges and uniform insignia belonging to Dallas Police Officer Nick McDonald, who apprehended Lee Harvey Oswald in the Texas Theatre on November 22, 1963; and the original “little black book” owned by Jack Ruby, the nightclub owner who shot Oswald in the basement of Dallas Police Department headquarters two days later (est. $1,000-$2,000).

Also from the Hoskins estate is a three-page letter handwritten and signed by Oswald to his mother, Marguerite, dated October 22, 1959, and sent from Minsk, Russia, where Oswald lived at the time. The letter – which became Warren Commission Exhibit No. 183 – talks about his wife Marina’s unwillingness to learn English. It sold not long ago for $15,000 (est. $6,000-$7,000).

In addition to the Hoskins estate, an additional consignment is of special interest: a lot comprised of eight original paintings attributed to young amateur artists John F. and Jacqueline Kennedy, with an unbroken chain of custody that stretches back to Kennedy’s Senate secretary. The two signed and six unsigned artworks depict subjects ranging from figures in historic costume to architectural scenes, and date from 1954, just a year after they got married (est. $7,000-$8,000).

The Early American and Presidential categories will feature a Pennsylvania land grant signed by Benjamin Franklin as President of the Supreme Executive Council of the Commonwealth of Pennsylvania, authorizing the sale of land near the Alleghany River (est. $8,000-$9,000); and a printed broadside from 1791 signed by Thomas Jefferson as U.S. Secretary of State, granting government pensions to a pair of wounded Revolutionary War veterans (est. $7,000-$8,000).

An invoice dated June 13, 1786 and signed by George Washington as president of the Potomac Company, authorizing the purchase of leather and sugar for the fledgling firm recently established to stimulate interstate commerce by improving waterways, should garner $4,000-$5,000; while a Civil War-dated appointment signed by Abraham Lincoln promoting a New York infantry officer, nicely presented with a magnificent engraving of Lincoln, has an estimate of $4,000-$5,000.

More items from the Jack Kerouac estate range from the Beat writer’s personally owned books and papers, to original artwork and other treasured possessions. One example, testifying to Kerouac’s interest in Buddhism, is a large blue and white porcelain statue of Guanyin, nearly 28 inches tall, retrieved from Kerouac’s last home in St. Petersburg, Florida (est. $1,000-$2,000).

University Archives has become world-renowned as a go-to source for rare items of this kind. It is actively seeking quality material for future auctions, presenting a rare opportunity for sellers. Anyone who has a single item or a collection that may be a fit for a future University Archives auction may call John Reznikoff at (203) 454-0111, or email him at john@universityarchives.com.

University Archives was founded in 1979, as a division of University Stamp Company, by John Reznikoff, who started collecting stamps and coins in 1968, while in the third grade. Industry-wide, Reznikoff is considered the leading authenticity expert for manuscripts and documents. He consults with law enforcement, dealers, auction houses and both major authentication companies.

For more information about University Archives and the Wednesday, September 30 online-only Rare Books, Manuscripts & Relics Auction, including additional items from the Jack Kerouac estate and the estate of Father Ronald Hoskins, log on to www.universityarchives.com.