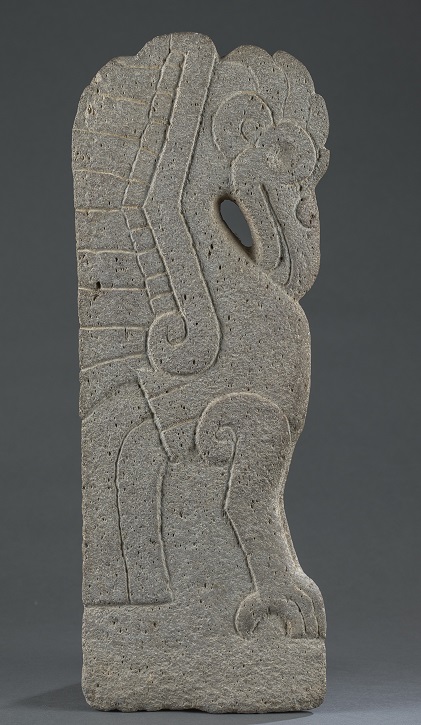 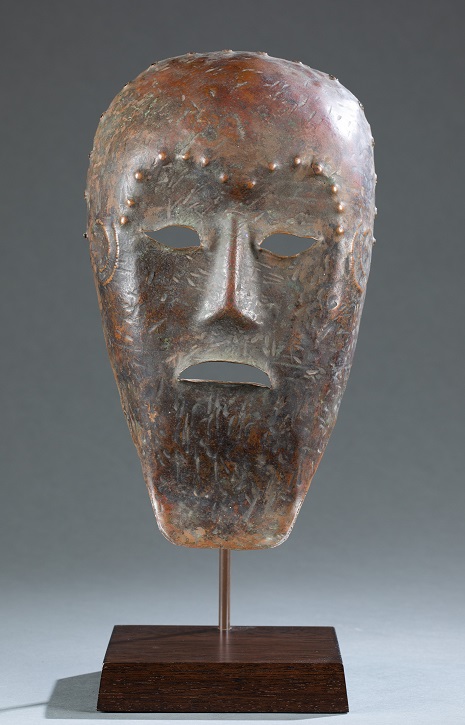 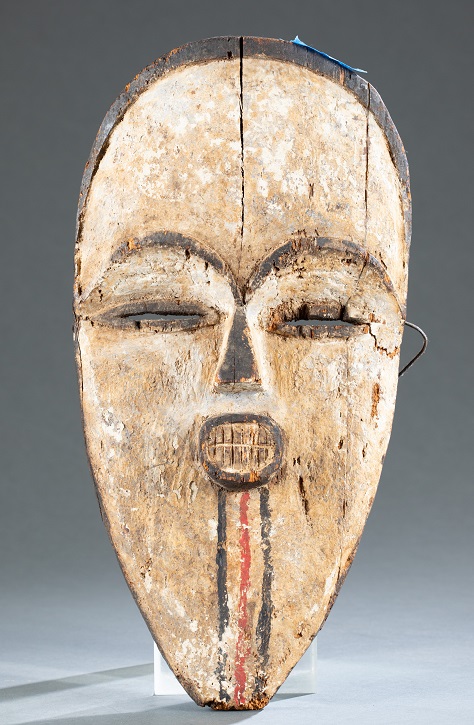 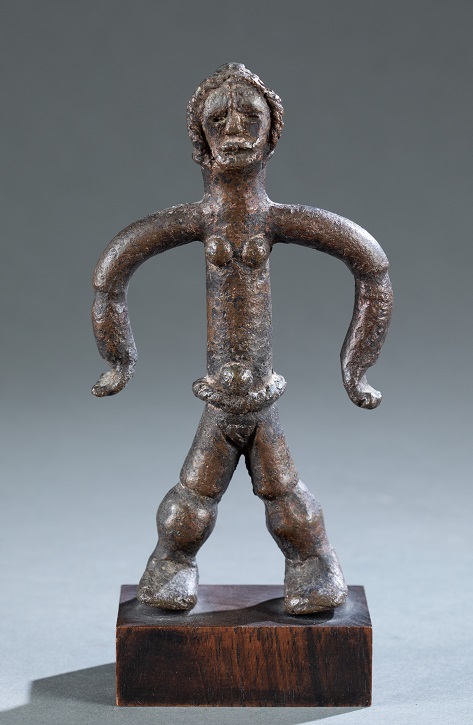 On October 22, 2020, Quinn’s of northern Virginia will offer an outstanding boutique auction of 151 ethnographic artworks, including cultural relics of Native American, Pre-Columbian and African tribes and civilizations. Bidding methods for this sale include absentee, phone or live via the Internet; no in-person floor bidding.

The fully curated auction includes a high-quality selection of Native American paintings, ceramics, and Navajo rugs; as well as fine African and Pre-Columbian figures, masks and utilitarian objects. Many of the pieces have prestigious provenance.

The sale’s top Pre-Columbian highlight is an important Veracruz (Mexico) carved stone palma dating to 600-900 CE. It is similar to examples in the Metropolitan Museum of Art’s collection. Named for their palm-frond shapes, palmas were part of the elaborate regalia worn by players during ritualistic Mesoamerican ballgames and typically have a motif that reflects the game’s theme of sacrifice. A palma would be attached to a stone yoke worn around the waist and serve a practical purpose by protecting the player’s chest and vital organs. The auction example, which is decorated with the profile of a bird in bas relief, is estimated at $8,000-$12,000.

Standouts from an incredible auction selection of 38 African masks are led by a copper Dinga Ngongo Munene creation from the Democratic Republic of the Congo. This impressive mask is associated with a Dinga earth chief, and would have been used during funerals, commemorations, ceremonies, and initiation rites for young boys. Mounted on a wood stand, it is offered with a $3,000-$5,000 estimate.

A 20th century Vuvi ancestor mask from Gabon would have been an instrumental part of bwete/bwiti initiation ceremonies for young people in the tribal community. It was crafted from wood, kaolin (representing Ngonde, the moon) and other pigments. Previously, this mask was part of a private New York collection. It is now being being presented by Quinn’s with a $2,000-$3,000 auction estimate.

Another 20th century artwork, a “totem-style” Yoruba Epa mask from Nigeria is made of wood and pigment, and has detachable bird finials. It is representative of a type used during ceremonies to commemorate ancestral warriors. A similar mask can be found at the Brooklyn Museum. Auction estimate: $1,500-$2,500

Male figures of carved wood have long been a part of the art traditions of African tribes, and several excellent examples from the Democratic Republic of the Congo are featured in the October 22 auction. Among them are a 20th century Hemba figure, estimate $1,500-$2,500; and a late 19th century Teke figure with an extensive line of provenance that includes: Cecile Kerner, Brussels; a private Australian collection, Dr. John Dintenfass of New York City, James Stephenson of New York City, and a third private New York City collection. It is estimated at $1,500-$2,500. A Bembe figure, also from the Democratic Republic of the Congo, was made from wood and nails, and has ceramic eyes. The 11-inch figure was previously held in private European and American collections, and also sold at Bonhams’ May 15, 2013 auction in New York (lot 149). Quinn’s auction estimate is $1,000-$2,000.

A late 19th/early 20th century Dan figure from the Poro Society, Liberia, is a well-executed, interestingly detailed bronze mounted on a wood stand. The Poro Society is a secret fraternal group with its own special rituals, language, tattooing and symbols. Its origins date to as early as 1000 AD. The Dan/Poro figure to be auctioned comes with provenance from John J. Klejman, New York; and a second private New York collection. It is expected to make $1,500-$3,000 on auction day.

A colorful creation from Guinea, West Africa, a Baga a-Bamp bird headdress has detachable male and female figures and bird finials. The 20th century artwork was carved from wood and smoothly finished with pigment. The artwork is a whimsical depiction of human riders struggling to remain on the back of a wonderfully decorated, long-billed bird. It measures 29-1/2 by 19 by 20-1/2 inches and is estimated at $1,500-$2,500.

Quinn’s Thursday, October 22, 2020 auction will start at 2 PM ET. There will be no in-person floor bidding; all bidding will be remote, either by phone, absentee through Quinn’s website (www.quinnsauction.com), or live via the Internet through LiveAuctioneers or Invaluable. For additional information about any item in the auction or to discuss a future consignment, call Charlotte Taylor at Quinn’s at (703) 532-5632 ext. 526, or email charlotte.taylor@quinnsauction.com.