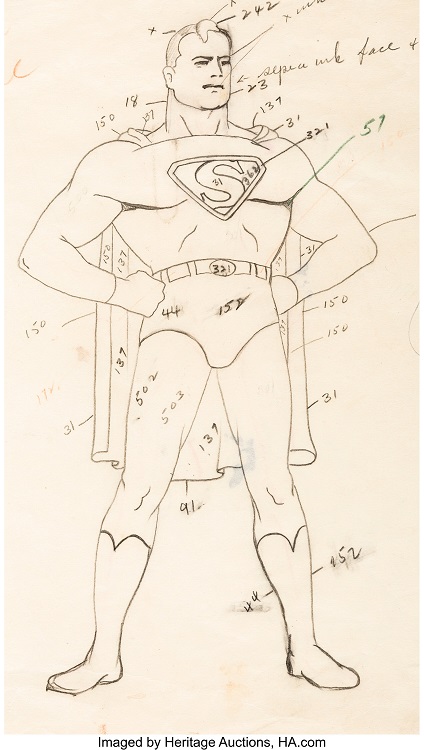 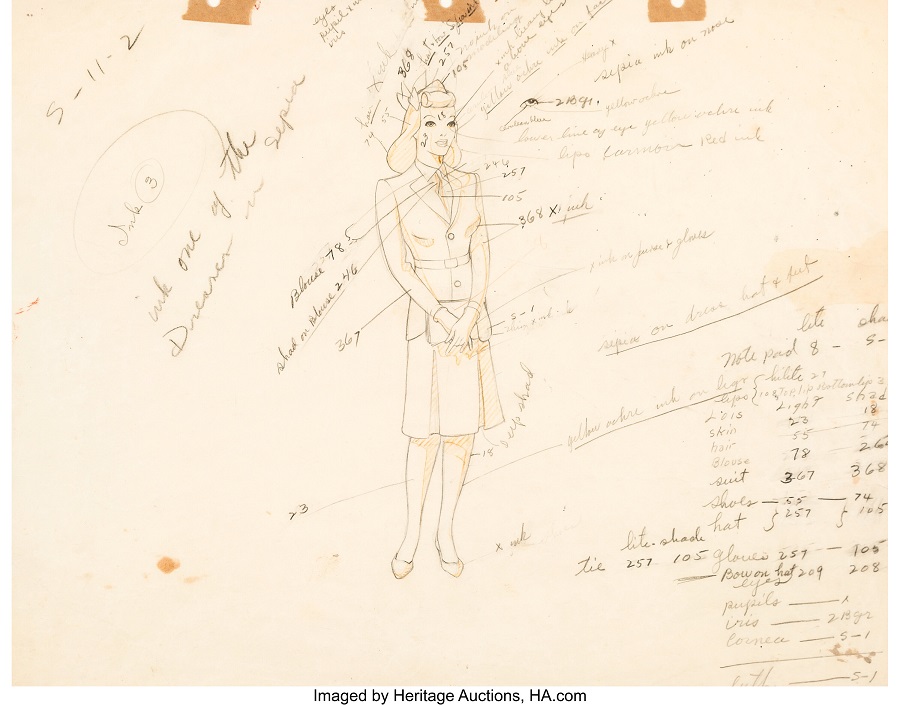 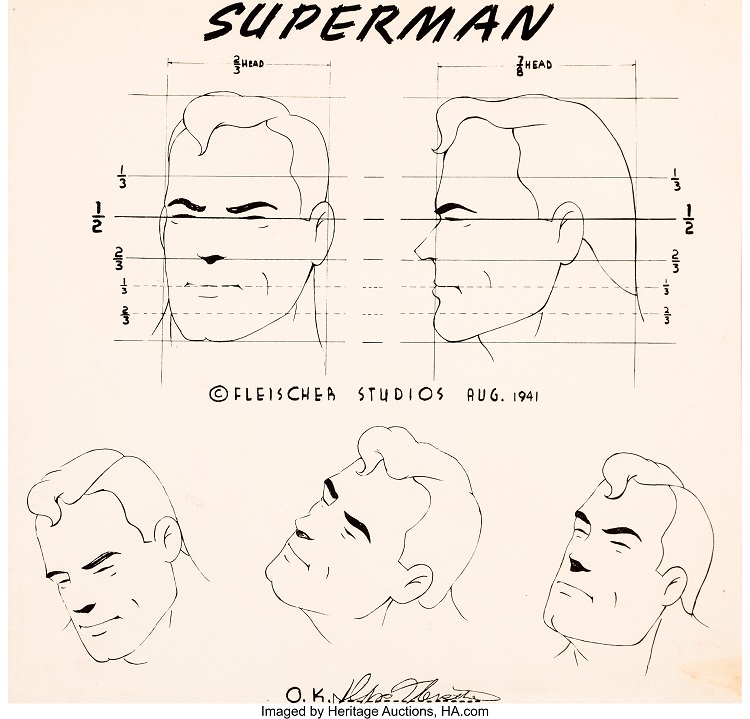 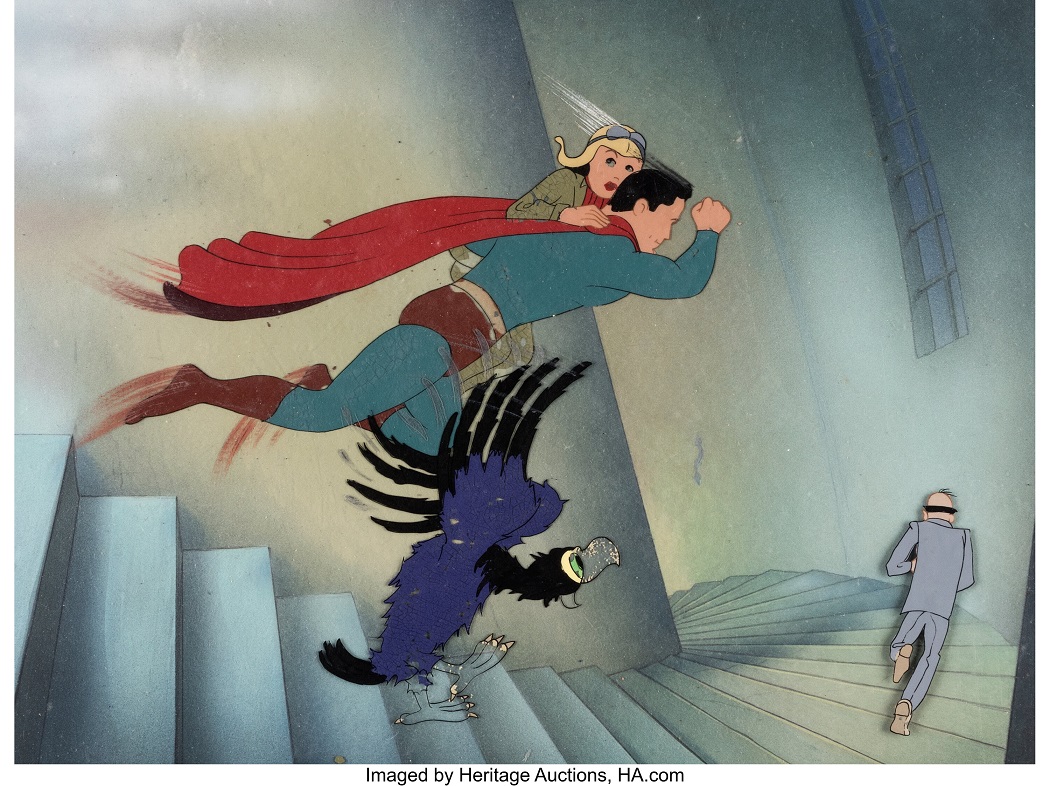 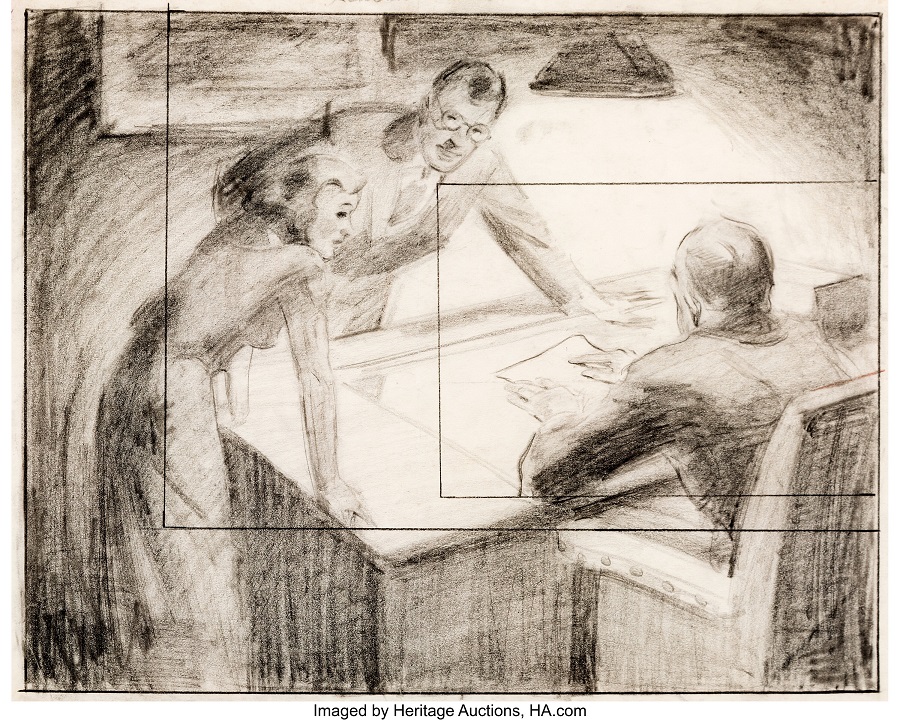 The first Superman cartoon, known today as “The Mad Scientist” hit the big screens on September 26, 1941. Created by animation pioneers Max and Dave Fleischer, it was groundbreaking work that saw a costumed hero jump off the page onto the screen for the first time. In all, there were 17 Man of Steel cartoons released from September ’41 to the summer of ’43.

The production cels, which were thought to be lost, are now crossing the auction block at Heritage. Over 50 original Superman cartoons pieces from the Fleischer run will be offered in the Animation Art event on December 11-13, 2020.

A total of 28 lots are being offered in December that, according to Heritage’s Director Animation Art Jim Lentz, constitute “almost everything that exists” from the Superman cartoons. He stated that this could be 80-85% of all the surviving artwork.

“To have a collection like this is a once-in-a-lifetime event,” cataloger David Tosh, Heritage’s in-house expert on the Fleischers’ work, said. “When I first saw it, I thought I must be dreaming. This material just doesn’t show up. In 17 years at Heritage I’ve seen a few pieces, but nothing this gorgeous. It’s mind-blowing to me.”

The color model for Superman shows him standing with hands on hips with animators’ color-code notes for the costume and Dave Fleischer’s signature. There’s also a color model for Lois Lane as well, even more detailed than that of the Man of Steel.

The animation event also features several production cel setups with the key master backgrounds, including a piece from “The Mad Scientist” in which Superman carries Lois to safety before the scientist’s lair blows to bits. From the same episode comes a production cel showcasing the Man of Steel staring down the scientist’s destructive “electrothanasia” ray. Another production cel is from the second Superman short “The Mechanical Monsters” with the hero demolishing the villains.

Drawings in the event include the Daily Planet under attack, Krypton’s destruction, Superman repelling the death ray, a detailed flyover look at Metropolis, and Lois, Clark, and Perry White huddled around the editor’s desk.

There are also several drawings from “Terror on the Midway” released in August 1942, which were the final of the nine Superman cartoons produced by Fleischer Studios before Paramount rebranded their production company Famous Studios. One piece is a drawing of an airplane for “Japoteurs,” from the final batch of cartoons.

Outside of Superman cartoons, Heritage’s Animation Art event will offer Fleischer projects, including sketches from 1939’s Gulliver’s Travels, cels, sketches, and sculptures from Mr. Bug Goes to Town, and rough drafts from their work on Popeye and Betty Boop.

“But the Superman collection serves as a historical document on the making of one of animation’s greatest series,” Lentz said. “It continues to mean so much to so many. It was a gateway to everything from the George Reeves TV series to the Christopher Reeve movies to the more recent Batman and Superman animated series to The Dark Knight Returns. And it’s likely we’ll never see a collection such as this one ever again.”