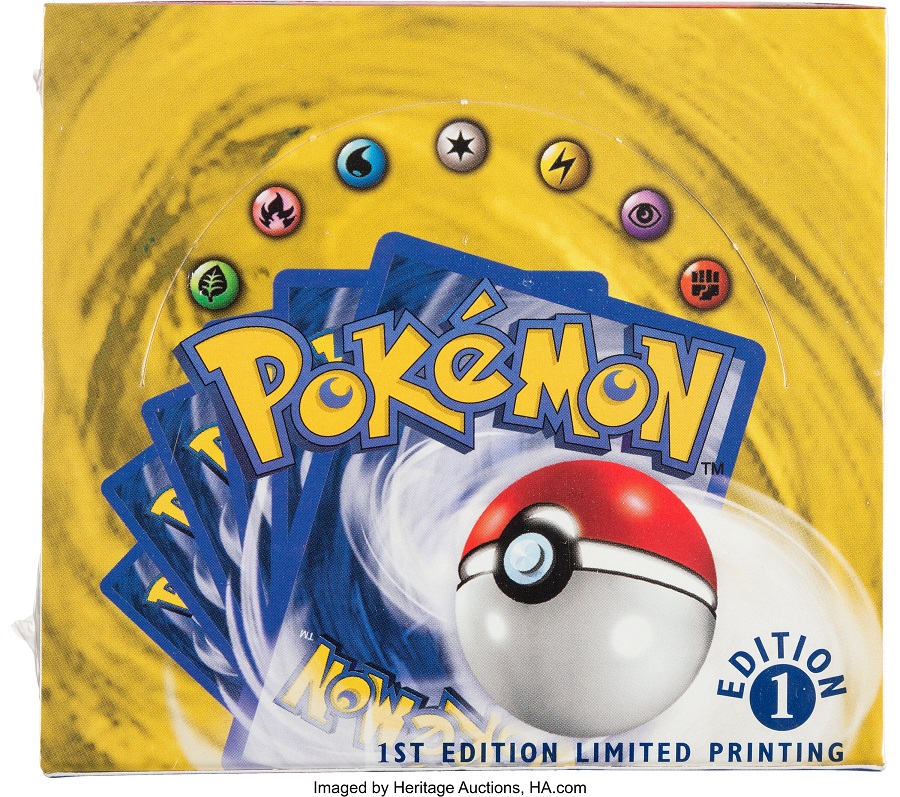 Pokémon’s “gotta catch ‘em all” – including a new world record. A sealed first edition Pokémon base set booster box caught a world record sale when it hammered for $360,000 in Heritage’s Comics & Comic Art Auction on November 19-22, 2020.

Still sealed in its original shrinkwrap, the Pokémon First Edition Base Set is considered the pinnacle of Pokémon box collecting. The sale broke the previous world record that a similar set achieved when it sold for $198,000, just a few months ago in Heritage’s September 2020 auction.

“This set is the pinnacle for all Pokémon collectors, and the back-to-back record-breaking sales show that,” Heritage Assistant Comics & Comic Art Operations Supervisor Jesus Garcia said. “This set comes from a very low print run, and to find one that is still sealed and in such great condition explains why the demand for it was so intense.”

This Pokémon booster box wasn’t the only lot that set a world record on November 19. Kicking off the first day of the auction, a copy of Detective Comics #27 CGC 7.0 sold for $1.5 million. Heritage reports that the first two sessions in the Comics & Comic Art auction realized a combined total of $7.83 million.