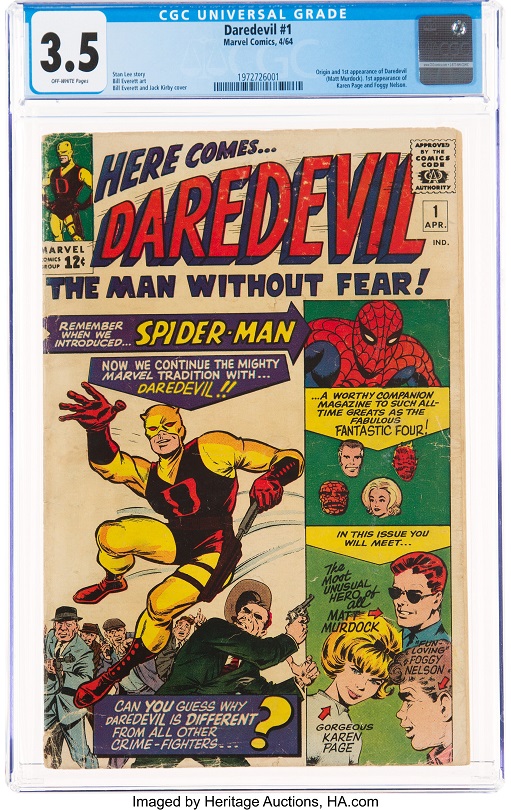 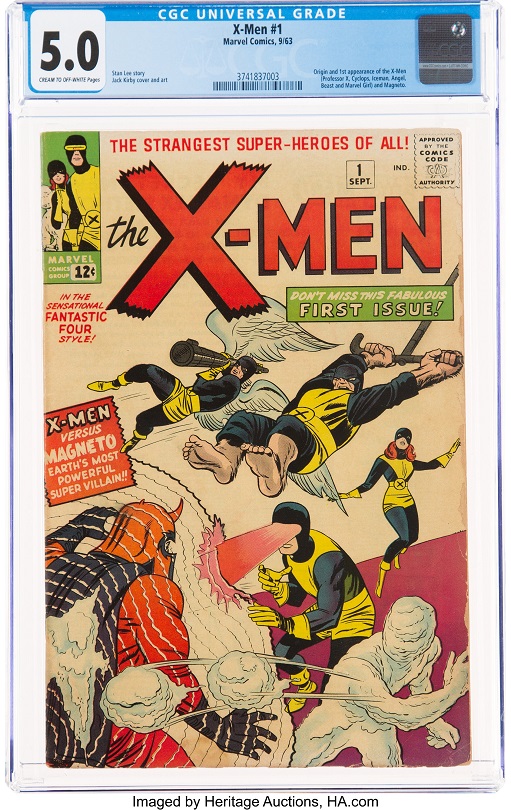 The debuts of Daredevil and the X-Men are featured in Heritage’s next Sunday & Monday Comics, Animation, Video Games & Art Weekly Online Auction. Comics in the auction close on January 17, 2021, followed by everything else on January 18.

The origin and first appearance of Daredevil/Matt Murdock is found in Daredevil #1 CGC 3.5. The issue also features the first appearances of Karen Page and Foggy Nelson, with a cover by Jack Kirby and Bill Everett and art by Everett. It is currently tied at No. 33 on Overstreet’s Top 50 Silver Age Comics list.

The X-Men see their origin and first appearance in X-Men #1 CGC 5.0, which introduces Professor X, Cyclops, Marvel Girl, Iceman, Beast, and Angel, as well as Magneto. Jack Kirby provided the cover and art for the issue, which currently is ranked at No. 8 on Overstreet’s list of Top 50 Silver Age Comics.

This auction is filled with 1,012 lots of comics, original art, and memorabilia. Bidding opens at 6 PM CT on ha.com.