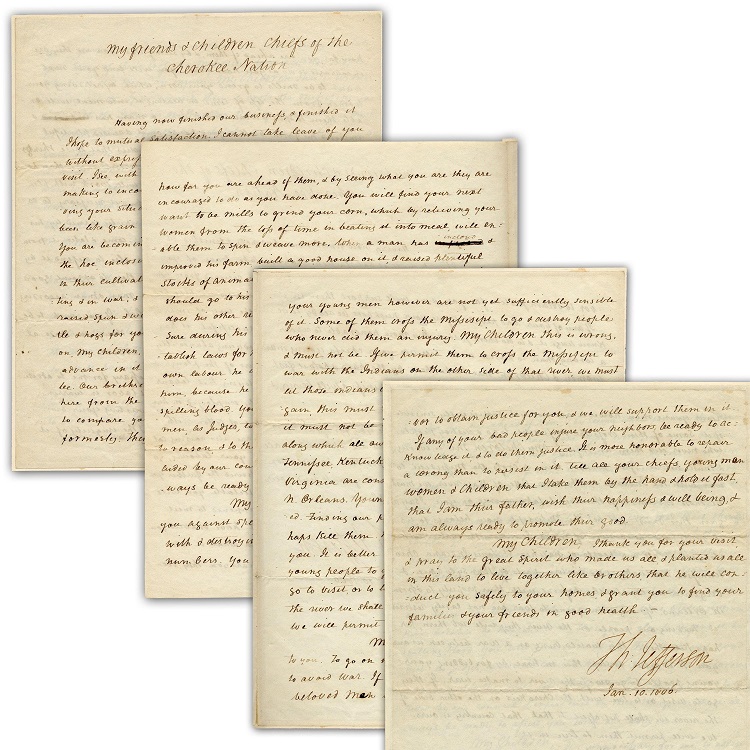 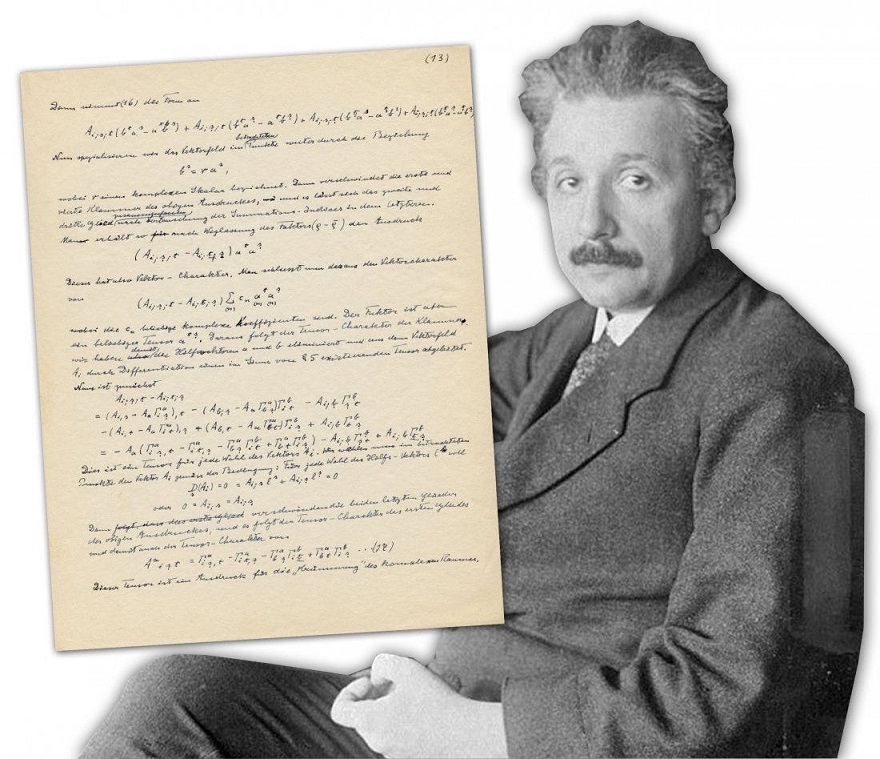 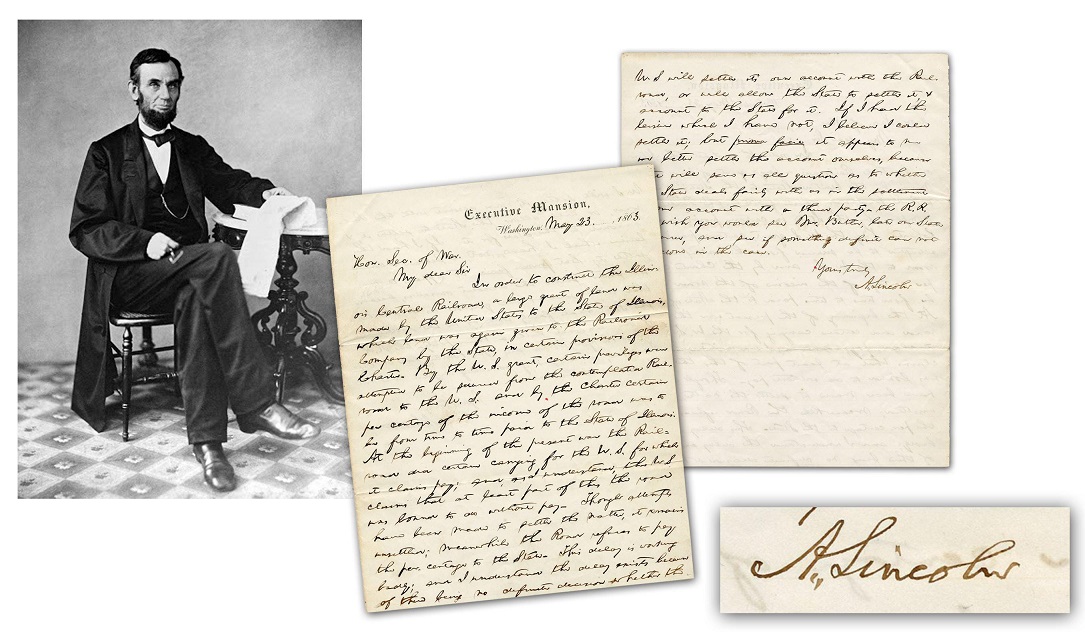 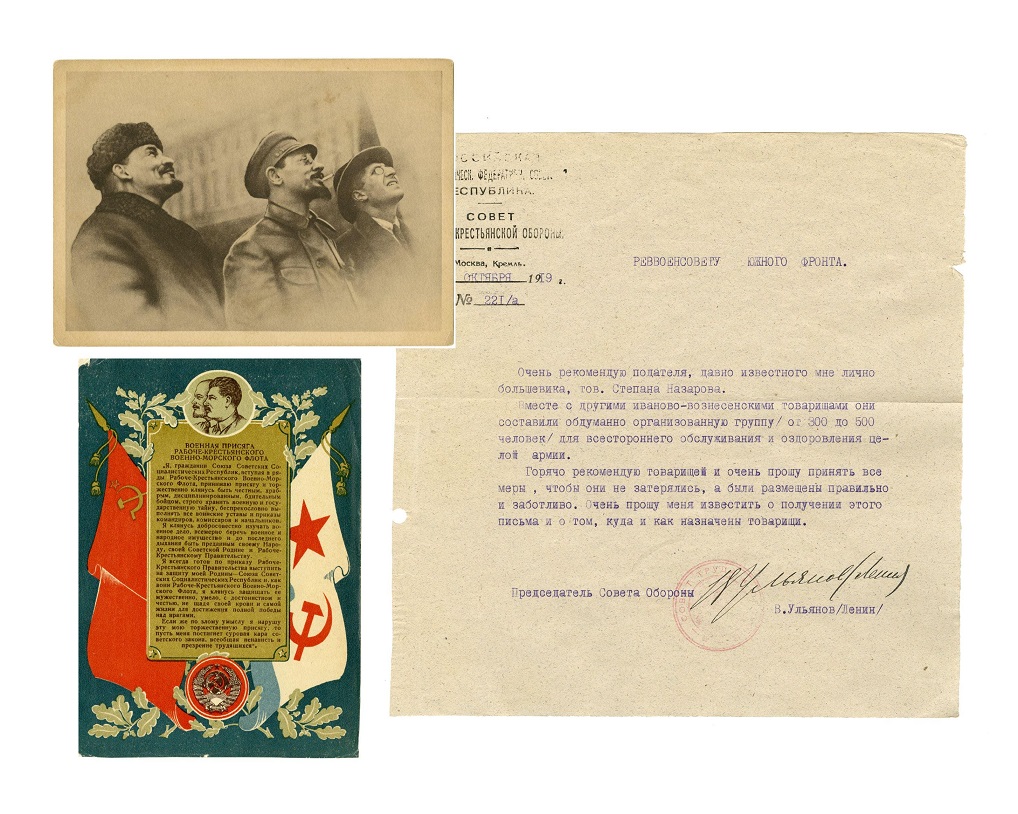 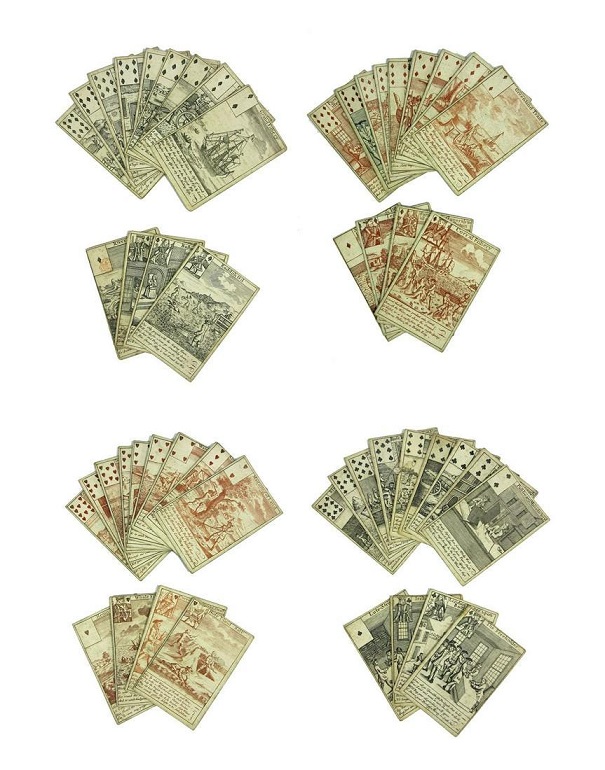 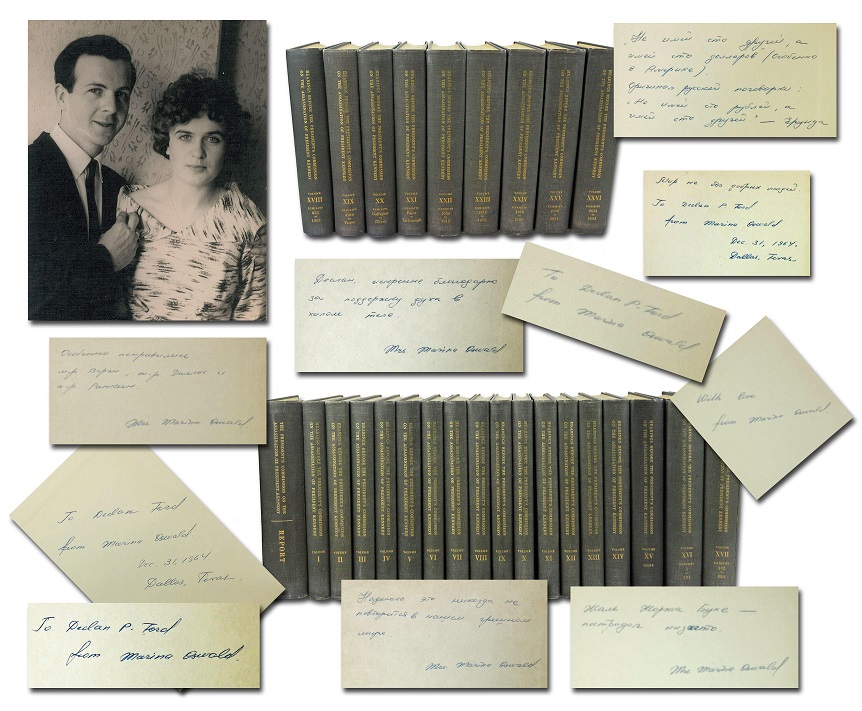 An exceptional handwritten four-page presidential address signed by Thomas Jefferson and directed to the Cherokee Nation in 1806, a spectacular one-page document written and signed by Albert Einstein regarding his theories on gravity and relativity, and a two-page letter handwritten and signed by Abraham Lincoln in 1863 concerning the transportation of troops by rail during the Civil War are just a few of the expected top lots in University Archives’ online-only auction of rare manuscripts, autographs and books slated for Wednesday, March 3, 2021.

The auction starts promptly at 10:30 AM ET. The catalog is up for viewing and bidding now, on the revamped University Archives website (www.UniversityArchives.com), as well as on LiveAuctioneers.com, Invaluable.com, and Auctionzip.com. Phone and absentee bids will also be accepted.

It’s the first auction being conducted from University Archives’ new offices in Wilton, Connecticut, a 6,000-square-feet space in a Class A corporate building. In addition to more office space, the firm has acquired a 1,500-square-feet temperature-controlled and fully secured storage facility that can house bulkier consignments.

“Our March sale, which tips the scales at a healthy 408 lots, provides another great opportunity for aspiring and veteran collectors to enlarge and refine their collections,” University Archives founder and president John Reznikoff said. “We thought it would be appropriate in the weeks following Inauguration Day to offer a selection of U.S. Presidential and First Lady autographs.”

The result is a range of historical U.S. presidential material from George Washington (#1) to Joe Biden (#46); as well as an assortment representing First Ladies, from Martha Washington (#1) to Frances Cleveland (#22 and #24), and from Edith Roosevelt (#26) to Jacqueline Kennedy (#35).

Other categories include literary (Clemens/Twain, Melville, Hemingway, Nietzsche and others); early American (Declaration of Independence material and signers, John Hancock and more); foreign (Lenin, Disraeli, Khrushchev and others); science (Einstein and others); space (Aldrin and Armstrong, cosmonauts, Lindbergh, Orville Wright, Red Baron and others); and notorious (John Brown, Lee Harvey Oswald, Jack Ruby, Whitey Bulger, the Birdman of Alcatraz and others).

In the four-page presidential address signed by Thomas Jefferson, addressed to “My Friends & Children Chiefs of the Cherokee Nation,” Jefferson fully embraces his role as the “Great White Father.” The letter advises the Cherokee to continue in their ongoing efforts to establish farming communities and to resist making war against other indigenous peoples (est. $90,000-$100,000).

The manuscript by Albert Einstein containing Unified Field Theory content is written in German and includes nearly 200 words in Einstein’s hand and eleven lines of mathematical calculation. In it, Einstein reexamines some of the concepts underpinning his earlier theories about gravity, spinning off complex “Thought Experiments” (est. $25,000-$30,000).

There are seven lots relating to Einstein in the sale, including a life-size wax mold taken of Einstein’s head during a live sitting with sculptor Katherine Stubergh, complete with salt and pepper human hair (possibly Einstein’s?). The mold is signed and inscribed on the nape as, “Katherine, Much Thanks, Albert Einstein” (est. $12,000-$15,000). Also up for bid is a gelatin silver print photo of Einstein as a young man, signed and inscribed by him in 1921, the year he was awarded the Nobel Prize in Physics (est. $17,000-$18,000).

The two-page letter signed by Lincoln is addressed to Secretary of War Edwin Stanton regarding the recalcitrance of an Illinois railroad company vital to securing troop transport. Lincoln, who had successfully sued the same railroad company in the 1850s when he was an Illinois lawyer, writes, “If I had the leisure, which I have not, I believe I could settle it.” (est. $20,000-$25,000).

Staying in the presidential category, a one-page autograph letter signed by George Washington just a few months before he retired from his second presidential term in 1796, written at Mount Vernon and addressed to a Revolutionary War veteran, conveys his thanks to well-wishers from a West Virginia town that once competed to be named the nation’s capital (est. $12,000-$13,000).

Two lots pertaining to former Russian leader Vladimir Lenin should attract great interest. One is a one-page typed letter signed in Russian by Lenin in his capacity as Chairman of the Workers’ and Peasants’ Defense Counsel during the middle of the Russian Civil War in 1919 (est. $30,000-$40,000). The other is monumental plaster death mask of Lenin taken by the Soviet artist Sergei Merkurov shortly after Lenin’s death in 1924, one of only 14 in existence (est. $15,000-$17,000).

Miscellaneous offerings will include John Brown’s personally owned and signed copy of a biography of an African American Revolutionary War minuteman and minister (est. $20,000-$24,000); and a seven-volume edition of The Life of Benjamin Disraeli, the Earl of Beaconsfield, with hundreds of letters, documents, photos and engravings tipped in from such luminaries as Charles Darwin, Charles Dickens, King George III, and William Gladstone (est. $9,000-$10,000).

A three-page letter written on two adjoining sheets in 1869 and signed by the renowned German philosopher Friedrich Nietzsche, in German, addressed to his childhood friend Wilhelm Pinder, with the original mailing envelope, should reach $35,000-$40,000. Also, a hand-colored engraving from 1779 by artist John Collett, depicting the American naval commander John Paul Jones shooting a sailor attempting to strike the American flag, has an estimate of $6,000-$7,000.

The notorious category will be led by a full set of 27 books on the Warren Commission Hearings following the assassination of JFK in 1963, 26 of which are signed by Lee Harvey Oswald’s wife and widow, Marina (est. $20,000-$30,000). The set was originally owned by Declan Ford, an important witness who testified before the Warren Commission, and his Russian-born wife, Katherine, who had a close relationship in America with Marina Oswald.

University Archives is actively seeking quality material for future auctions, presenting a rare opportunity for sellers. Anyone who has a single item or a collection that may be a fit for a future University Archives auction may call John Reznikoff at (203) 454-0111, or email him at john@universityarchives.com.