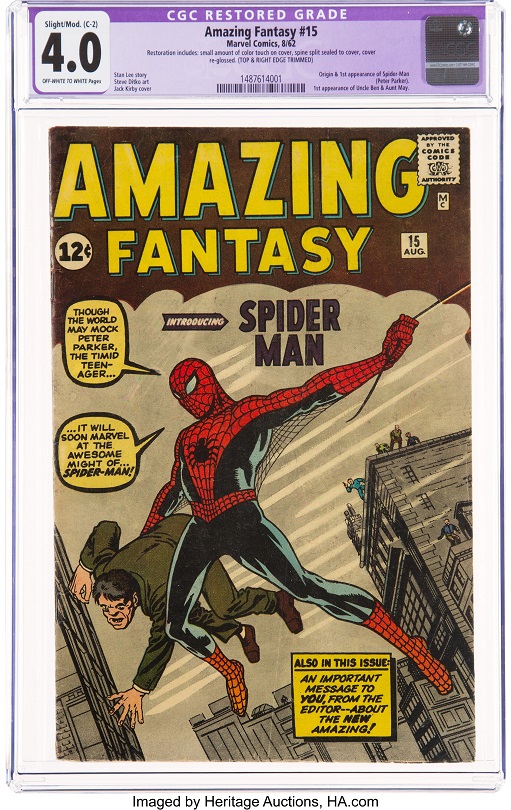 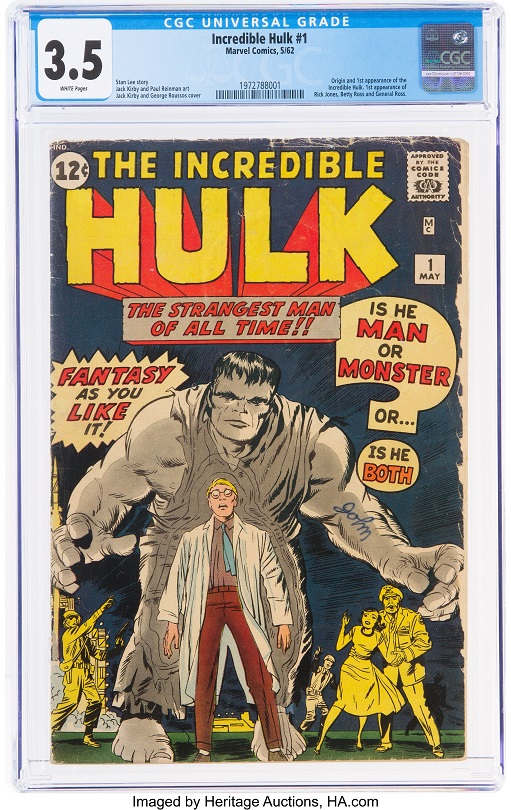 For the third consecutive week, Heritage has broken their weekly comics auction record, clearing $694,430 in total sales on February 15, 2021. That auction, featuring comics, original art, and other related memorabilia, held 1,147 lots that drew 3,021 bidders over two days. It bested the previous record of $672,569 that was set just a week earlier on February 8.

“The market is beyond robust. I’m so pleased our consignors are doing well and our buyers continue to add important pieces to their collections,” Heritage Senior Vice President Ed Jaster said. “Only three weeks ago, we had our first $600,000 weekly sale. Only to beat that record the next week and again the week after! It won’t be long before our first $700,000 weekly sale.”

The Incredible Hulk #1 CGC 3.5 received 28 bids before smashing its way to $14,400. This issue houses the origin and first appearance of the Hulk in his original grey color, as well as introducing Rick Jones, Betty Ross, and Thunderbolt Ross.