Superheroes Save the Day in Hake’s Auction 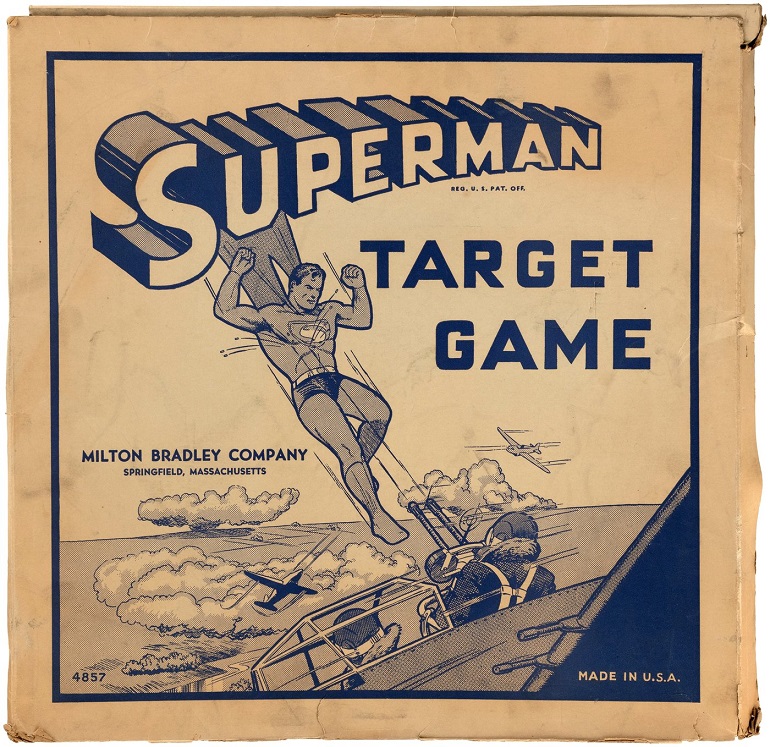 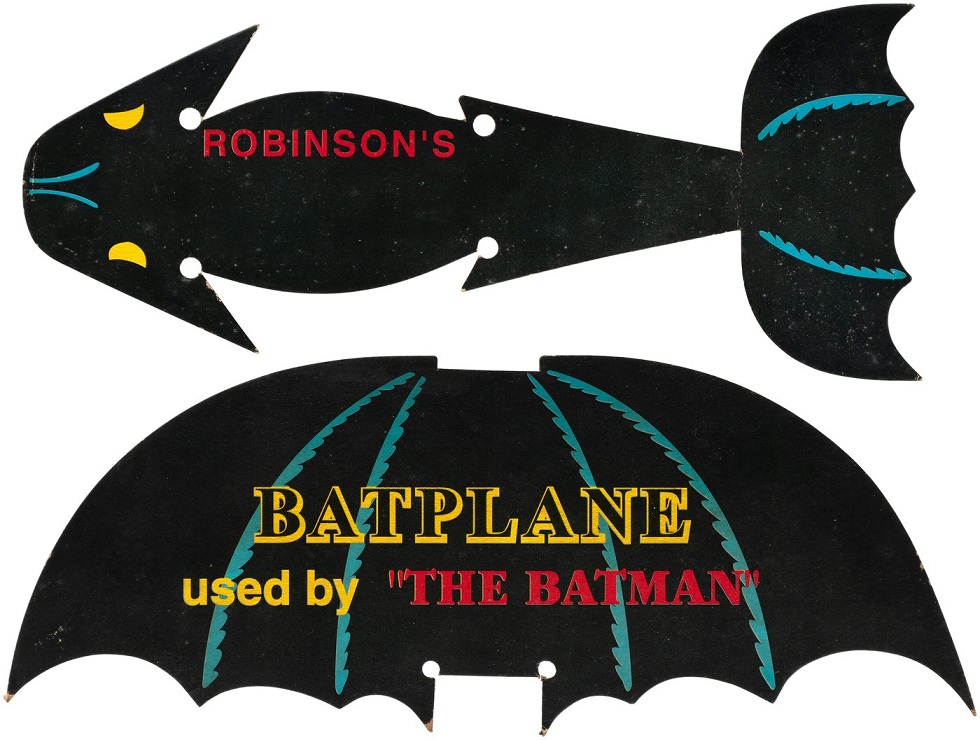 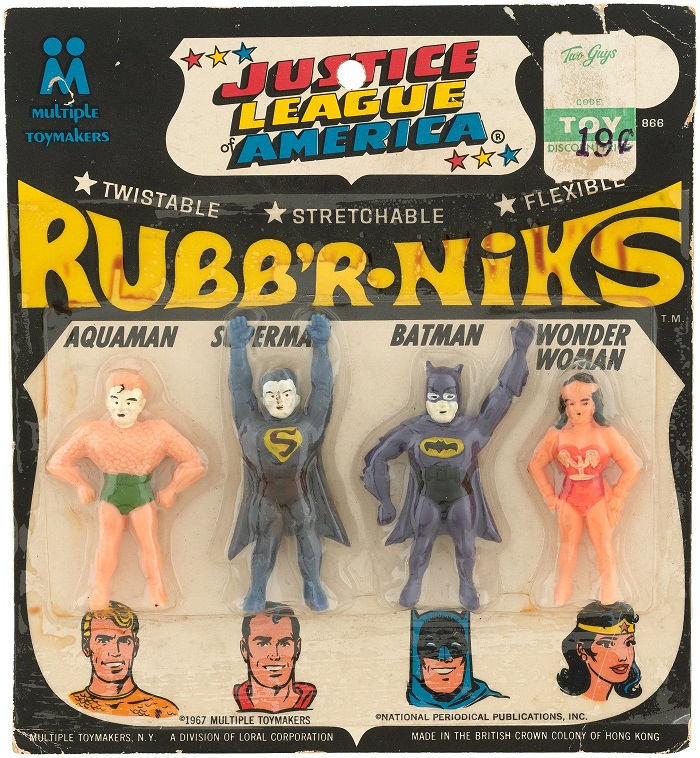 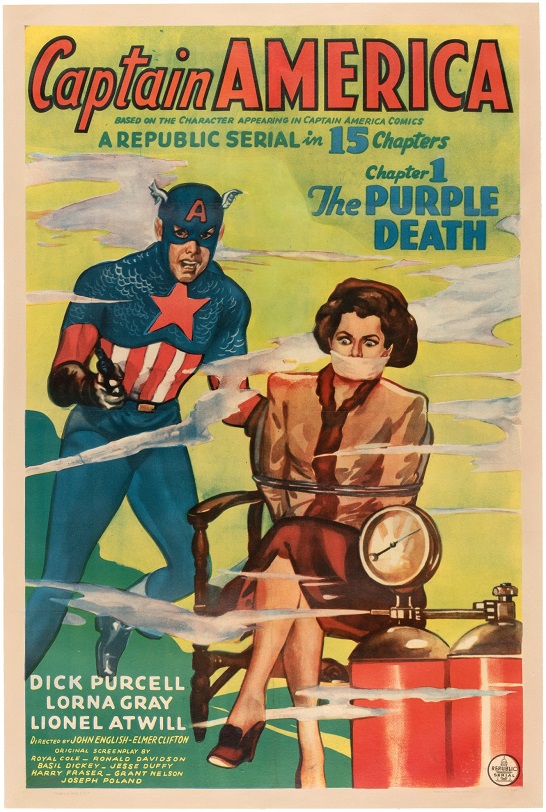 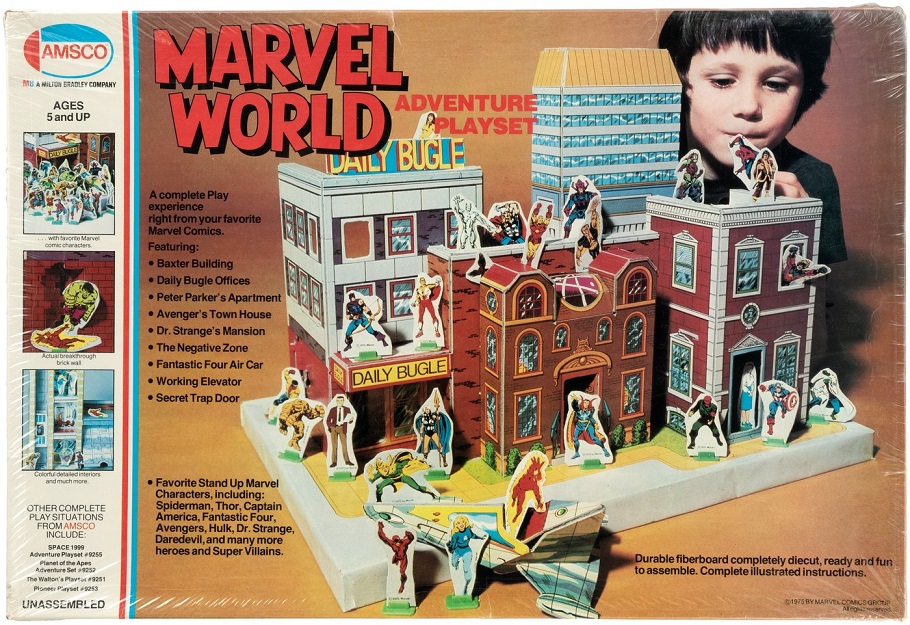 Spider-Man, Superman, and many other superheroes have flown into Hake’s Premier Auction #231 with an impressive number of superhero lots in comics, toys, premiums, movie posters, and more. Some of these items are among the rarest in superhero collecting.

A rare Milton Bradley World War II Superman Target game is one of the lots worth zeroing in on. The 18” x 18” paper covered heavy cardboard double-sided target features a generic target image on one side and the other has a full body image of Superman at the center. It comes with a pressed metal gun and rubber-tipped dart and the original cardboard box with a main panel illustration of Superman about to land on a warplane.

The Caped Crusader soars in with the Batman Batplane rare premium from 1943. When Columbia’s The Batman serial was released in ’43 three giveaway items were available, including a movie club card, a mask, and this plane. The Batplane was produced as two die-cut pieces. Each is 3” x 8-1/2” and consists of the wings with “Batplane used by the Batman” text and body with the imprint of the department store, Robinson’s. Other than comics, there are no known Batman collectibles from his debut in 1939 to ’43, making this a very rare piece. This is the only example of the Batplane premium that Hake’s has offered.

Another Bat-vehicle is the Simms Batmobile test shot prototype. This 8-1/4” long free-wheeling car from the 1970s has a clear plastic body and translucent blue plastic cockpit canopies and solid plastic Batman and Robin figures.

The rare Justice League of America Rubb’R-Niks carded figure set features four 3” pliable rubber figures on 7” x 7-5/8” blister card produced by Multiple Toymakers in 1967. The set consists of Aquaman, Superman, Batman, and Wonder Woman, each of whom have a comic art portrait on the card below the figures. The figures are hard to find individually, making the complete set scarcer, and one on the card even rarer.

From the Super Powers Collection, Hake’s is offering an El Capitan Rayo (yellow circle/red bolt) by Gulliver. This 4-5/8” figure is a Kenner foreign issue from Columbia made in ’87. It is still on the 8-back card and comes with a free poster.

The patriotic hero is featured on the Captain America serial linen-mounted one-sheet. The 1944 Republic 15-chapter serial starred Dick Purcell in the titular role and Lionel Atwill as Dr. Cyrus Maldor/the Scarab. This one-sheet is an original release chapter 1 poster, the rarest of one-sheets, with a large image of Captain America and leading lady Lorna Gray.

The Golden Record Marvel Age Comic Spectaculars – Fantastic Four factory-sealed comic/record set is part of a series of four records that was issued with comic reprints by A.A. Records in ’66. The illustrated album cover depicts a large record image and cover to Fantastic Four #1, which is the comic reprint included in the set.

Spidey swings into the auction with a scarce Your Friendly Neighborhood Spider-Man linen-mounted door poster from 1965. The large 32-1/2” x 71” glossy stiff paper poster has a full body image of Spider-Man by Steve Ditko. It was advertised in Marvel comics, starting in December 1965 and prior to that, it was offered to members of the Merry Marvel Marching Society.

A Justice League of America Tattoo Gum Fleer full display box is also offered in the auction. It has the complete set of 120 packs in the store display box that predominately features Superman and Batman on the lid and sides, with Green Arrow, Green Lantern, Flash, Martian Manhunter, and the Atom also on the lid. It originates from the Fleer archives and was pulled from the production line on the first day of issue, May 1, 1970.

In addition to the superheroes, Hake’s Auction #231 is packed with a large selection of historical and pop culture collectibles. Bidding is open at hakes.com now through Wednesday and Thursday, February 24-25, 2021.