Sworders’ Out of the Ordinary Auction 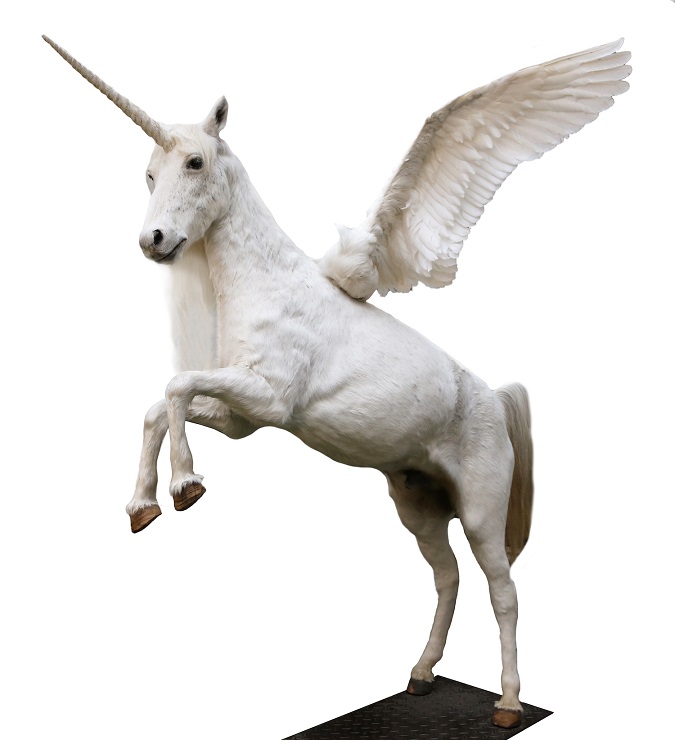 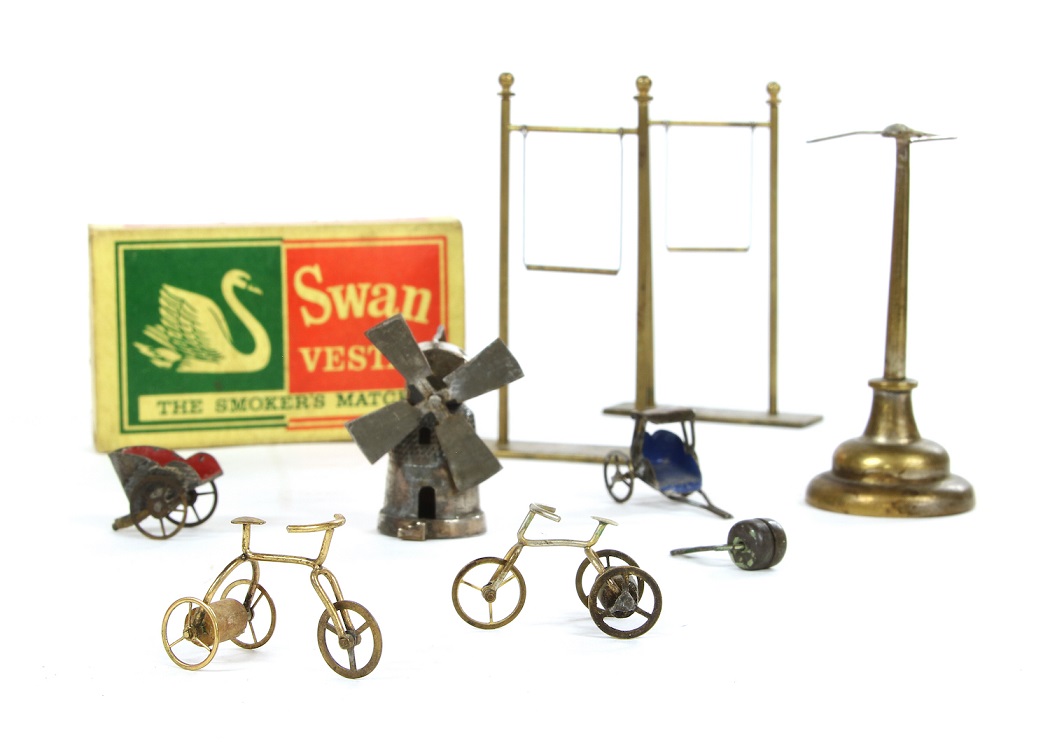 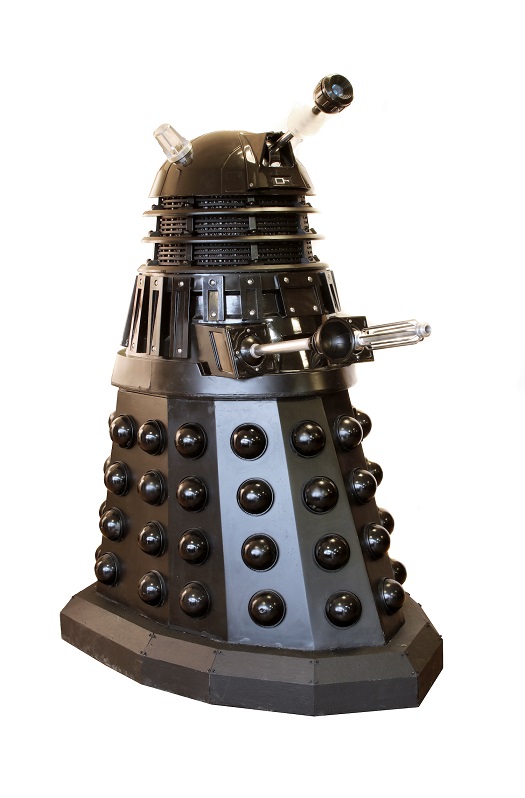 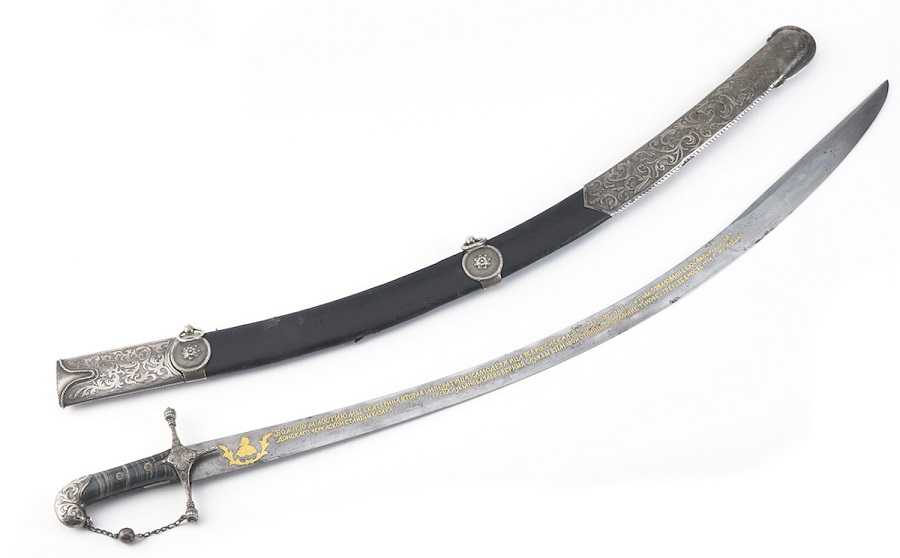 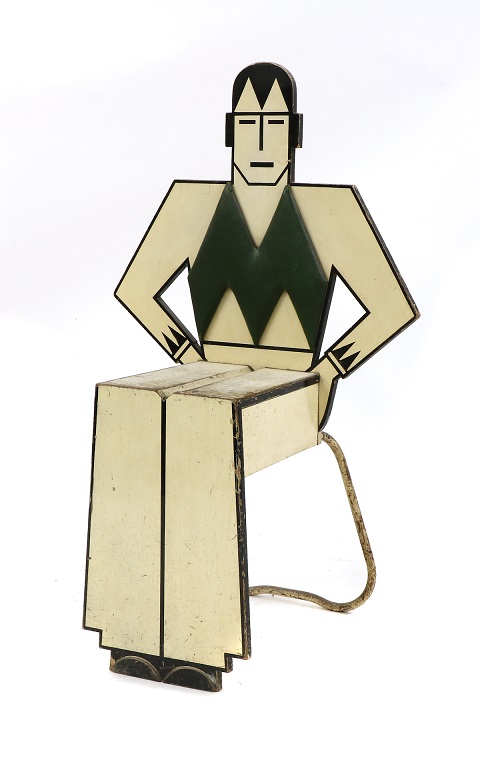 Numbering close to 600 lots, the Out of the Ordinary auction at Sworders on April 13-14, 2021, is the largest to date. In keeping with the name of the popular format, the sale brings together the weird and the wonderful from an original Dalek from the Doctor Who series to a sword presented by Catherine the Great to a cossack who helped put down a popular rebellion and ‘the Smallest Show On Earth’ – the UK’s only surviving flea circus.

Flea circuses were a popular form of fairground entertainment in both England and Germany between the 1830s and the 1960s. In its heyday the Professor Len Tomlin Flea Circus attracted the crowds in Belle Vue, Manchester and later formed part of the Ribchester Museum of Childhood. It is believed to be the last example in the UK. Bidding for the two miniature swing trapezes, a chariot, two bicycles, a windmill, a garden roller, a carriage and dueling pedestals is expected to reach £1500-2000, but it may leap higher.

Once a common sight in London’s Billingsgate were the ‘bobbin’ hats worn by porters as they moved the merchandise from the local fish market to distribution vehicles. One of the pair of late 19th and early 20th century hats included for sale (estimate £500-700) is known to have been owned by James Alfred ‘Robo’ Robinson (b. 1911) who worked at Billingsgate most of his life and received the hat from his father. This curious type of headwear is thought to get its name from the ‘bobbin’ or payment, that the porters received for their services.

The Daleks are now almost 60 years old. They first appeared on our screens in 1963, but they remain the most famous of all of the Dr Who villains. Standing 1.6m high, Sworders’ example (estimate £15,000-18,000) is made to new series specifications – principally of wood with fiberglass, metal and plastic elements – and has recently been fitted with a motor so it can be driven around. It appeared in three episodes of the BBC series, alongside Matt Smith in the “Asylum Of The Daleks” in 2012 and Peter Capaldi in “The Magician’s Apprentice” and “The Witch’s Familiar” (2015).

Also from the world of entertainment are a large size early 20th century ventriloquist dummy previously owned by the west Londoner Hugo Hammond (estimate £1200-1500) while a group of 16, near life-size wooden cut out and painted portraits of the Sixties girl group ‘AR’ are guided at £1500-2000. These previously formed part of the interior decor at the Leyland Club in Liverpool where the band regularly played but were removed during an interior refit some years ago.

No Out of the Ordinary sale would be complete without a conversation-starting piece of taxidermy, a role amply filled by a unicorn (a full-size rearing horse with mounted wings and horn) that is guided at £8000-12,000 – or a few lots focused on dark magic. The Incantation, a pen and ink drawing of a naked witch with a snake curled around her waist, an owl on her shoulder, is signed and dated 1898 by the Punch magazine Arthur Wallis Mills (1878-1940). It is expected to bring £800-1200 while a rare set of 10 French photographic postcards c. 1910 titled Sorcieres Au Sabbat depicting a group of naked young witches setting off to a Sabbath on broomsticks are pitched at £500-800.

Original Victorian photographs of well-known Pre-Raphaelite muse Julia Prinsep Stephen (nee Jackson) are expected to bring £500-800. The original supermodel, Julia Jackson was deemed one of the most beautiful women of her age. She was a model for many artists including William Holman Hunt (who proposed marriage) and was the favorite model of Julia Margaret Cameron (her maternal aunt and godmother). After the death of her first husband Herbert Duckworth, a barrister and member of the Somerset landed gentry, she refused to contemplate remarrying for many years. However, in 1878 she accepted the proposal of the writer and critic Leslie Stephen with whom she would have four more children – all of them influential members of what would be known as the Bloomsbury Group.

Among the most historically important items in the sale is a Russian 18th century presentation sabre fashioned as a Persian shamshir. To the curved steel blade is the inlaid gold image of Catherine the Great and the inscription in cyrillic ‘By the grace of God, I Catherine II, Empress and Autocrat of all the Russias, grant this sabre to the Cossack Ivan, son of Vassily Lukianov of the village of Don Cherkz army for his faithful service, May 15th 1774.’

The inscription indicates that the sword was awarded during the Pugachev Rebellion (1773-75) – also called the Peasants’ War or the Cossack Rebellion – the principal revolt in a series of popular rebellions that took place in the Russian empire after Catherine II seized power in 1762. The sword, that belonged to Lord Alistair McAlpine and then passed into the collection of the Australian businessman Warren Anderson, carries an estimate of £20,000-25,000.