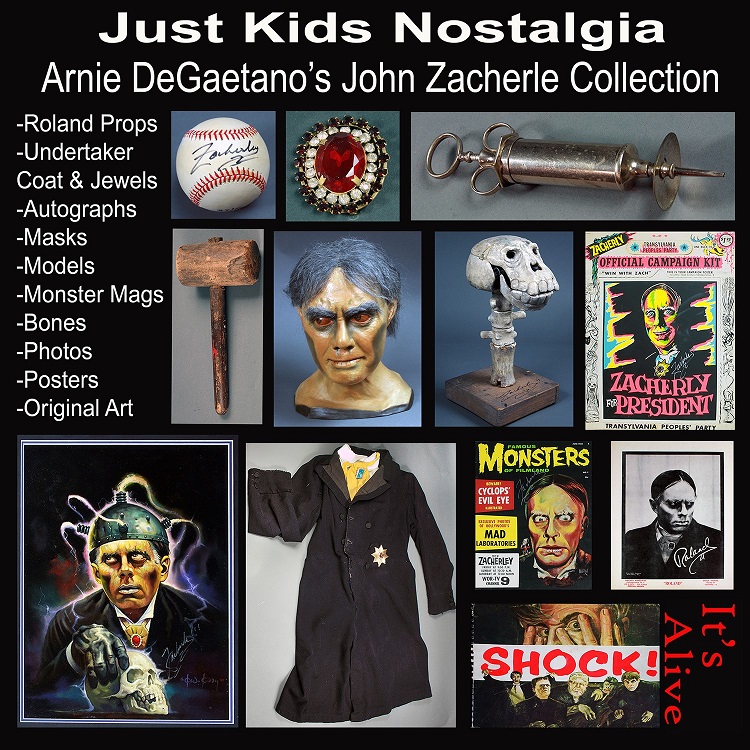 Just Kids Nostalgia has announced that they will be selling the Arnie DeGaetano John Zacherle Collection. Zacherle is well known as the Cool Ghoul horror host who used the names Zacherley and Roland. He worked in Philadelphia and New York City in the 1950s and ‘60s introducing horror films to TV audiences. He and DeGaetano were longtime friends, both of whom have passed.

The auction is filled with 175 rare monster and Zacherle items, including toys, posters, models, masks, fan club items, autographs, photos, and signed contracts. Featured items include rare props he used on his TV shows, Shock Theater and Zacherley at Large, original oil paintings by artists like Ken Kelly and Daniel Horne, and the original undertaker coat, necktie, and jewel that Zacherle wore on the air.

These items will be sold in Just Kids Nostalgia’s eBay store.