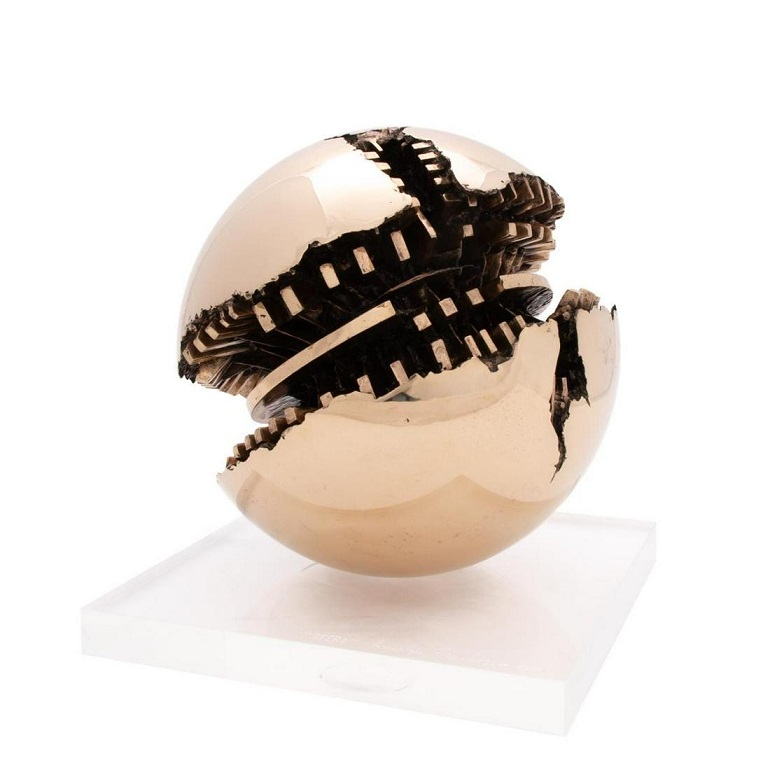 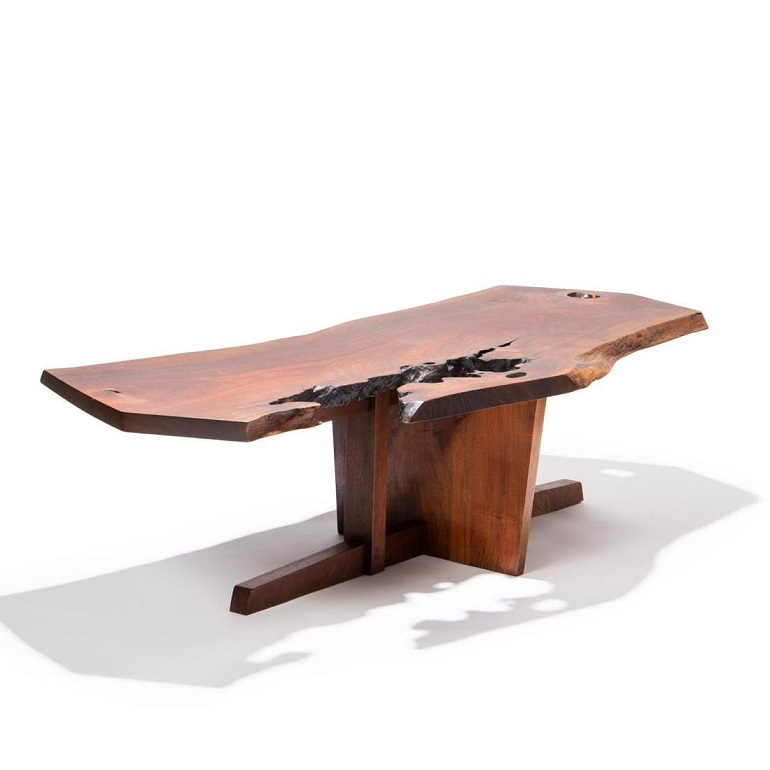 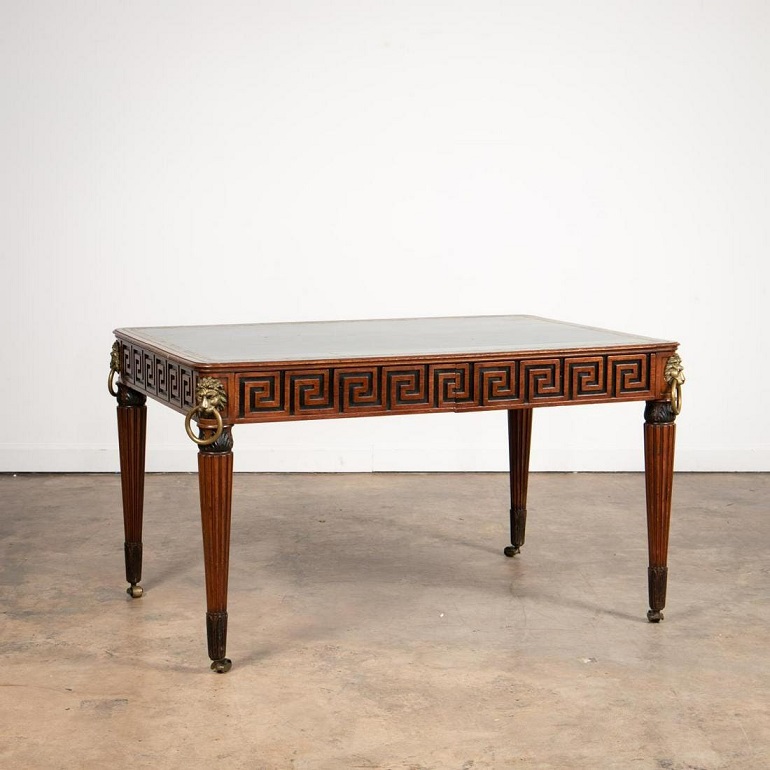 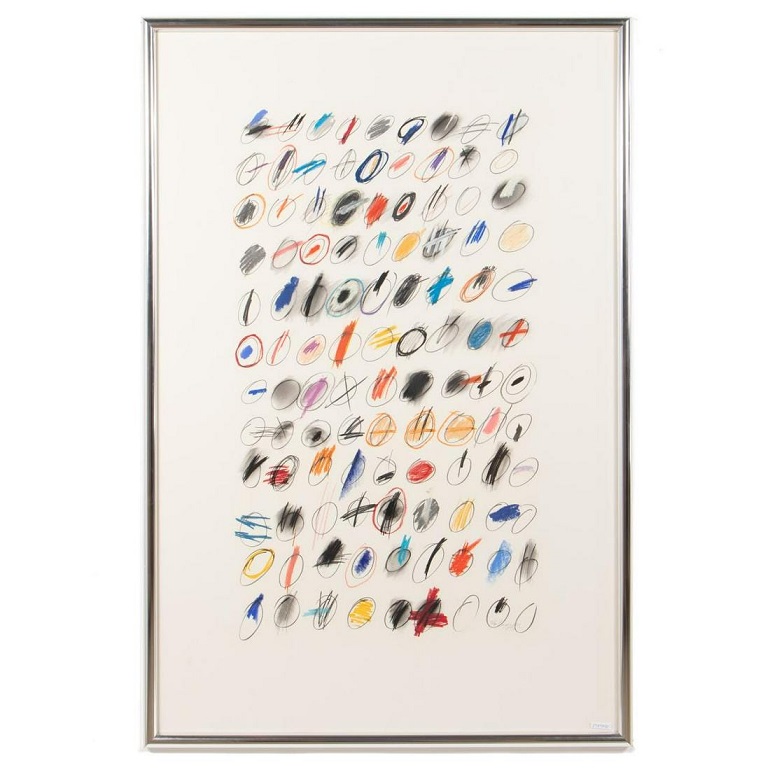 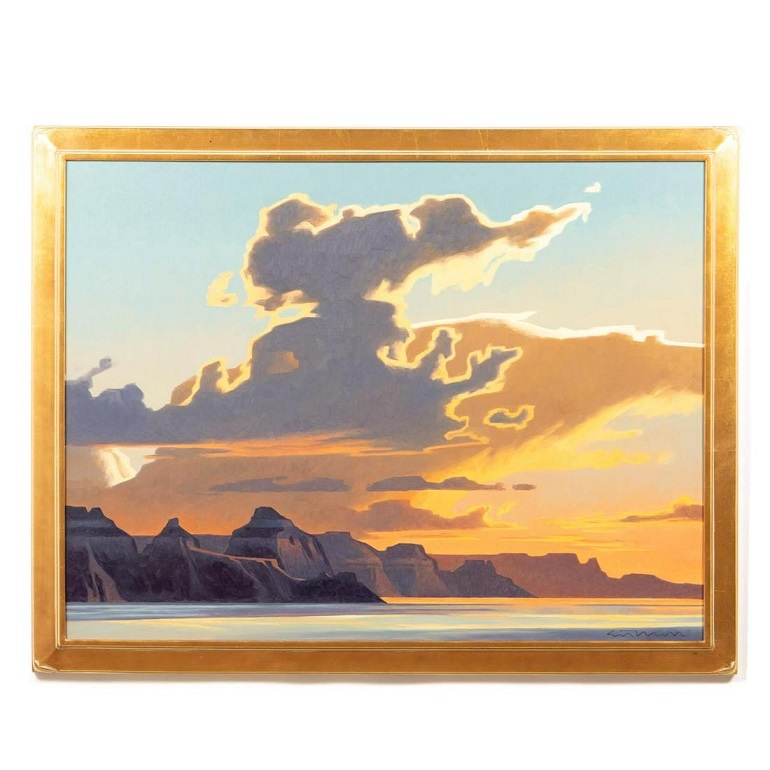 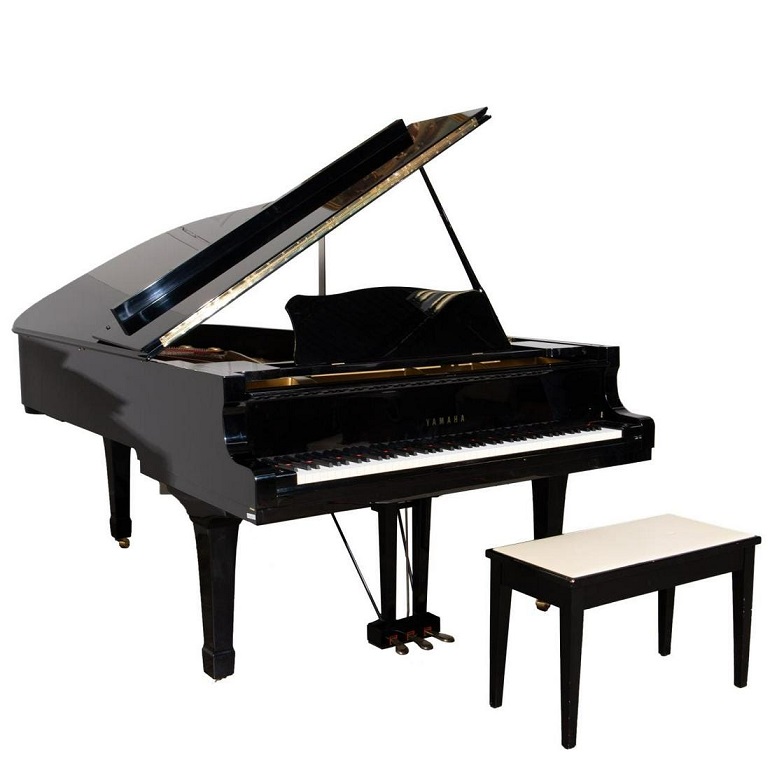 A polished bronze sculpture on a Lucite base by the Italian sculptor Arnaldo Pomodoro (b. 1926), titled Sfera, titled and numbered (2 of 6) soared to $186,000 in an online Spring Fine Estates & Collections auction held March 27-28, 2021, by Ahlers & Ogletree, based in Atlanta. The work was the top earner in an auction that featured more than 1,000 quality lots.

Pomodoro, now 94 years old, lives and works in Milan. He’s well known for having designed a controversial fiberglass crucifix for the Cathedral of St. John the Evangelist in Milwaukee, which is topped with a 14-foot diameter crown of thorns that hovers over the figure of Christ. The piece in the auction, 11 inches tall (sculpture, minus base), is in the artist’s online catalogue raisonné.

A collection of five furniture pieces by the renowned American woodworker George Nakashima (1905-1990) came up for bid, each one offered as a single lot. All five were from the same seller, who acquired the pieces from her mother, a doctor in Tucson who purchased them directly from Mr. Nakashima, whose furniture creations are highly prized by collectors.

Following are additional highlights from the auction. All prices quoted include a 24% buyer’s premium.

In the jewelry and watches category, a Rolex stainless steel Oyster Perpetual Submariner automatic men’s wristwatch (1968), model 5513, with case, found a new owner for $10,540; while an Elsa Peretti for Tiffany & Company articulated sterling silver belt in the form of a snake that could also be worn as a necklace, about 37-1/4 inches long, marked, fetched $8,680.

Other Session 1 highlights included a Japanese Yamaha conservatory concert grand ebony piano with bench, circa 1982-1983, having the maker’s mark Model C7 and serial #3590941, played a sweet tune for $13,640; and a Finn Juhl (Danish) for Baker (American) late 20th century “Chieftain” lounge chair in walnut and leather, still having the Baker paper label ($9,300).

A lovely late Victorian era (circa 1880) English part ebonized mahogany library table in the Regency taste was the top seller of session 2, gaveling for $10,540. The table was previously sold through Sotheby’s and Christie’s. It featured a tooled green leather writing surface above a Greek key frieze with two concealed drawers to both sides.

Other furniture pieces from the UK included an Irish 18th century Georgian silver or tea table having a dish or tray top ($9,920); an 18th century George II mahogany console (or side table) with a marble top in the manner of William Bradshaw (English, 1700-1775) ($8,060); and a nicely carved English mid-18th century mahogany games table ($7,440).

Ahlers & Ogletree is a multi-faceted, family-owned business that spans the antiques, estate sale, wholesale, liquidation, auction and related industries. Ahlers & Ogletree is always seeking quality consignments for future auctions. To consign an item, an estate or a collection, call them at (404) 869-2478 or email consign@AandOauctions.com.