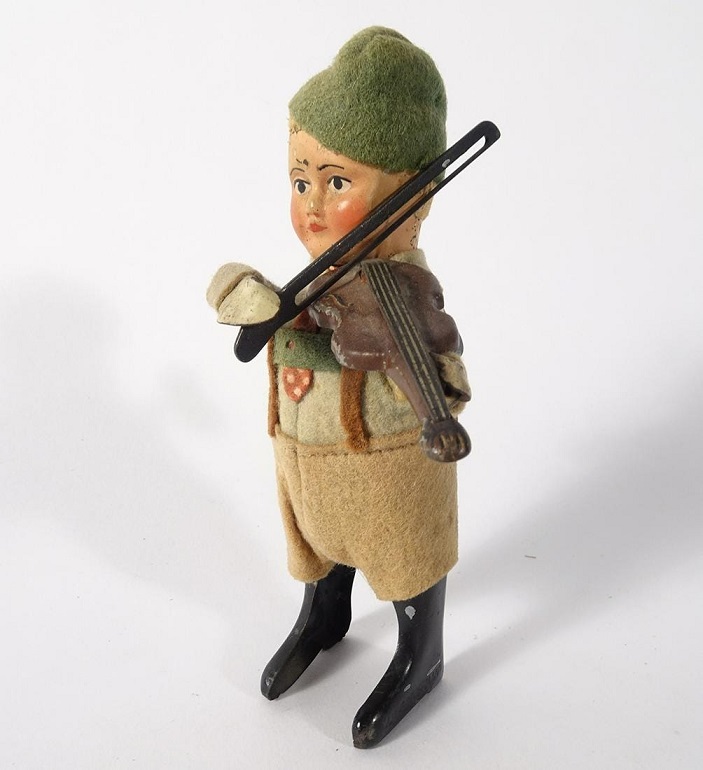 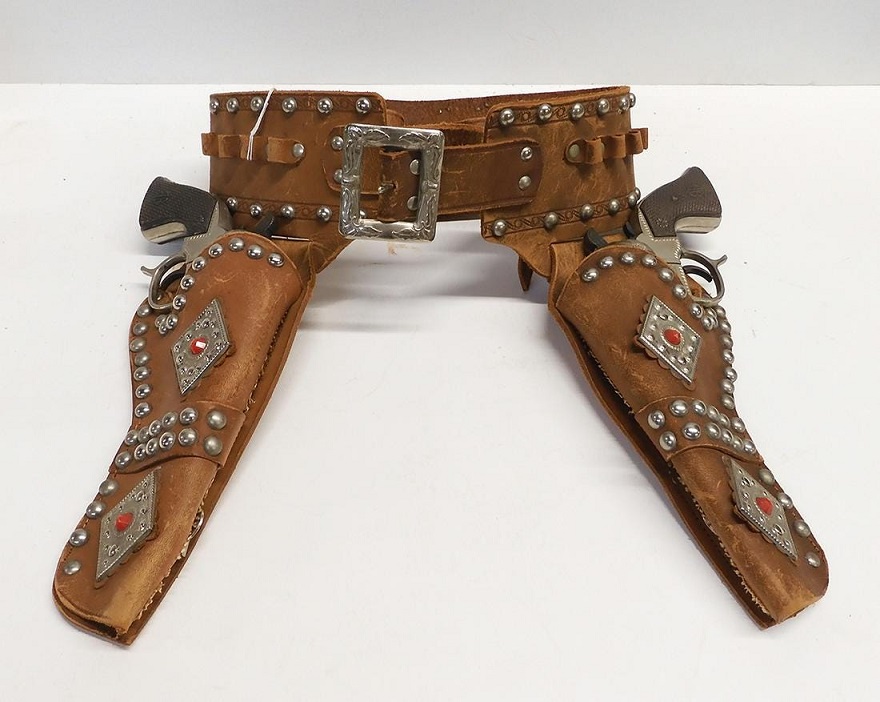 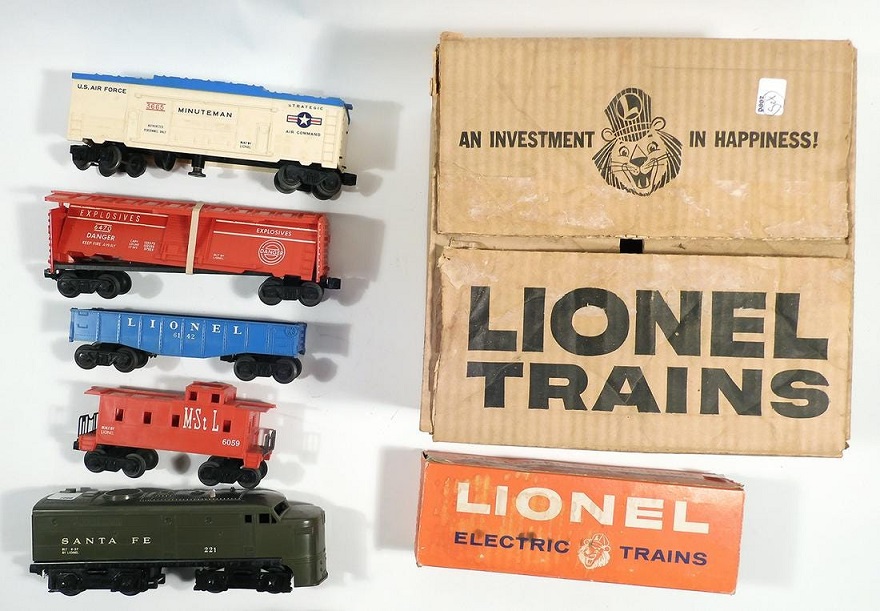 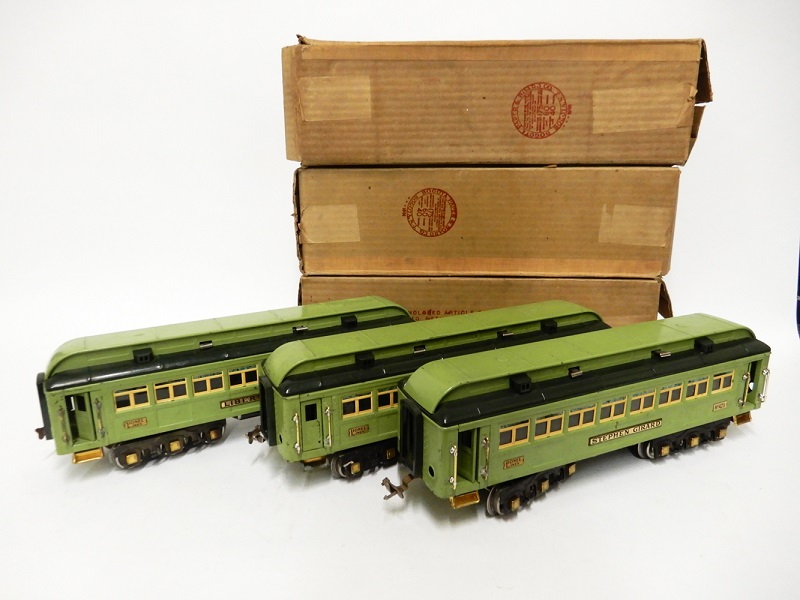 On Friday, July 23, 2021, Stephenson’s Auctioneers of Southampton (suburban Philadelphia), PA, will conduct the 2021 edition of its popular Mid-Summer Trains & Toys Auction, featuring antique and vintage items from collections and estates through the Mid-Atlantic region. The sale will take place at the company’s spacious Bucks County gallery, with remote bidding available via phone or live online through LiveAuctioneers.

A featured attraction of the 333-lot sale is a single-owner collection of factory-boxed HO-gauge brass loco/tenders and train cars with a timeline spanning the 1970s through 2000s. Most of the plastic-wrapped original boxes have never been opened, allowing the trains to remain in pristine condition for decades. There are many examples by the Korean manufacturers Samhongsa and Ajin Precision, a firm based in Seoul that produced high-quality sets for Overland Models Inc., of Muncie, Indiana.

“The Ajin brass trains are especially desirable because they are unpainted,” said Cindy Stephenson, owner of Stephenson’s Auctioneers. “The collector showed great foresight in keeping each of his acquisitions in absolutely original, untouched condition.” Most of the Korean train lots are expected to sell in the $100-$300 price range, with a few estimated slightly higher.

A sought-after 1930s Ives wind-up train set #1590 consists of a sheet metal 0-4-0 steam locomotive with an Ives RR Lines tin-litho tender and three Pullman cars. Housed in its original factory box, is it estimated at $300-$600.

An even earlier production is the 1920s Hafner wind-up Sunshine Special tin-litho train set with extra accessories. Hafner Manufacturing Company of Chicago was established by William Hafner, the co-founder of another revered brand, American Flyer. Hafner Manufacturing was in business from 1914 to 1951 and was known for its clockwork-powered O-gauge trains. The boxed Sunshine Special entered in Stephenson’s sale is estimated at $200-$400.

The most famous of all American toy train companies, Lionel, is well represented in the sale with dozens of entries dating from the 1920s onward. In addition to train sets, there are mid-20th century transformers, individual cars, track, and a few train stations. Three 1930s Stephen Girard Series Lionel standard-gauge passenger cars, finished in pistachio green with yellow and trimmed in brass, are accompanied by their original factory boxes. The trio consists of a #424 Liberty Bell Coach, a #425 Stephen Girard Coach, and a #426 Coral Isle Observation Car. The lot estimate is $1,200-$2,000. A pre-World War II Lionel Lines standard-gauge Waiting Room in very good condition carries a $100-$200 estimate, while a prized 1963 Sears-exclusive Lionel O-27 train set #19434 in its original set box is estimated at $500-$1,000.

Other coveted toys from the postwar era include a 1960s Aurora Thunderjet set #SCA-49-95013-1909. A deluxe version with four cars, track, a powerpack, controllers and more, it comes in its original set box with interior boxes and is estimated at $200-$400. Among the G.I. Joe toys are action figures with clothes, a Battle Figure Collector’s Case ($125-$250), various vehicles and accessories. A 1970s G.I. Joe Fantastic Freefall set is filled with military goodies, starting with two dressed “Joe” action figures – one in an orange freefall jumpsuit and the other in camo gear. Dozens of accessories are compartmentalized in the sturdy footlocker. Auction estimate: $125-$250

The sale also features Tonka and Buddy ‘L’ trucks, 18 lots of antique and vintage marbles (including sulphides); a few European wind-ups including a 1920s Lehmann tin beetle and 1930s Schuco violin player, each $125-$250; a flashy pair of 1950s working cap guns in a studded, faux-jeweled holster, $200-$400; and Disney collectibles. Additionally, there are toy soldier sets, and a diorama containing 50+ Third Reich soldiers, accessories and vehicles, $150-$300.

Stephenson’s Mid-Summer Trains & Toys Auction will be held live at the company’s gallery, starting at 1 PM ET. Remote bidders may participate by phone, live online through LiveAuctioneers or by leaving an absentee bid. Following the close of the cataloged portion of the sale, a selection of discovery lots will be auctioned at the gallery exclusively. Goods may be inspected at the gallery on auction day from 11 AM to 1 PM. Stephenson’s Auctioneers’ gallery is located at 1005 Industrial Boulevard, Southampton, PA 18966.