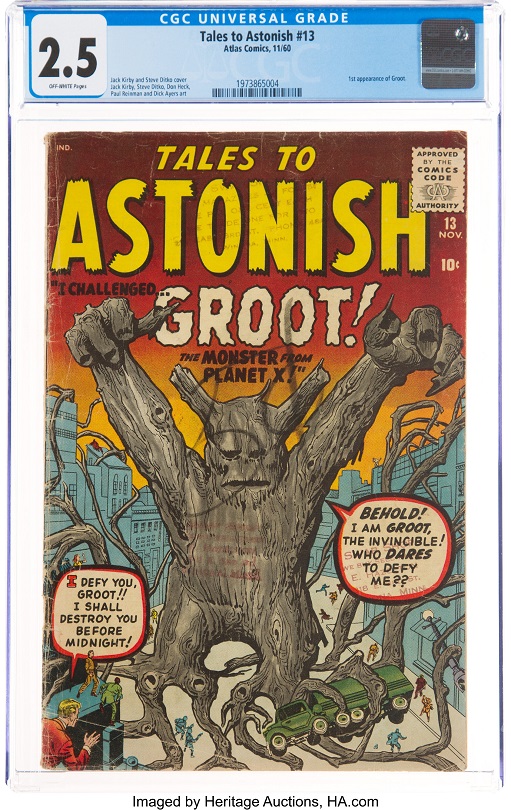 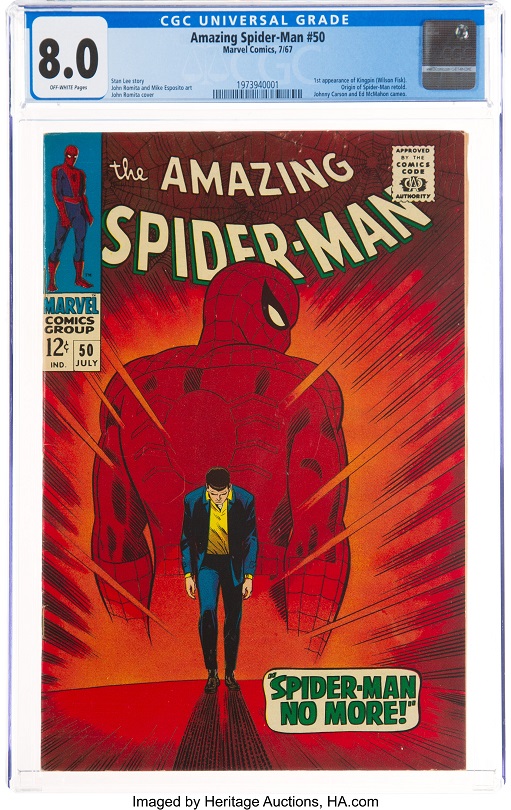 The first appearances of the popular tree-creature Groot and notorious villain Kingpin are among the key books in Heritage’s Sunday & Monday Comic Books Select Auction. Comics in the auction close on July 25, 2021, followed by everything else on July 26.

Tales to Astonish #13 CGC 2.5 introduces Groot, the Guardians of the Galaxy team member who first appeared as an invader who planned to capture humans for experimentation. Featuring a cover by Jack Kirby, and story art by Kirby, Steve Ditko, Joe Maneely, Dick Ayers, and Don Heck, this issue is tied at #35 on Overstreet’s Top 50 Silver Age Comics list.

Kingpin, a prominent Spider-Man and Daredevil villain, made his debut in The Amazing Spider-Man #50 CGC 8.0. The issue contains cameos by late night talk show host Johnny Carson and Ed McMahon and comes with a cover and art by John Romita, Sr.

This auction is filled with 1,134 lots of comics, original art, and other memorabilia. Bidding opens at 6 PM CT on ha.com.