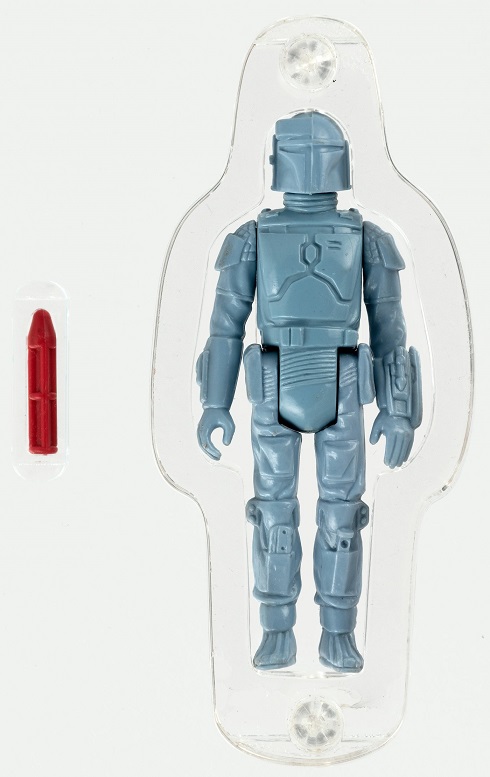 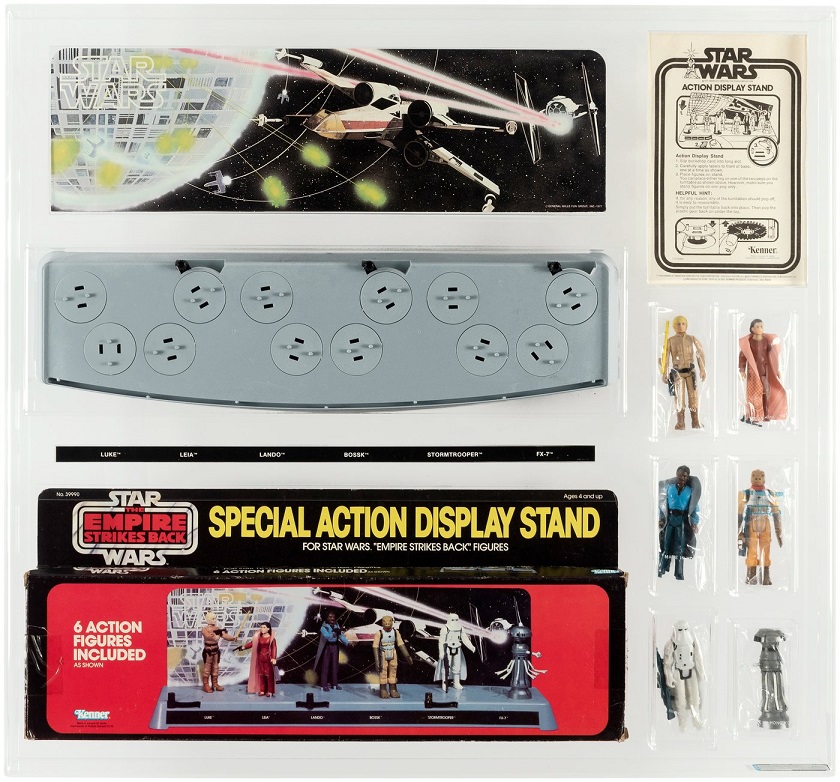 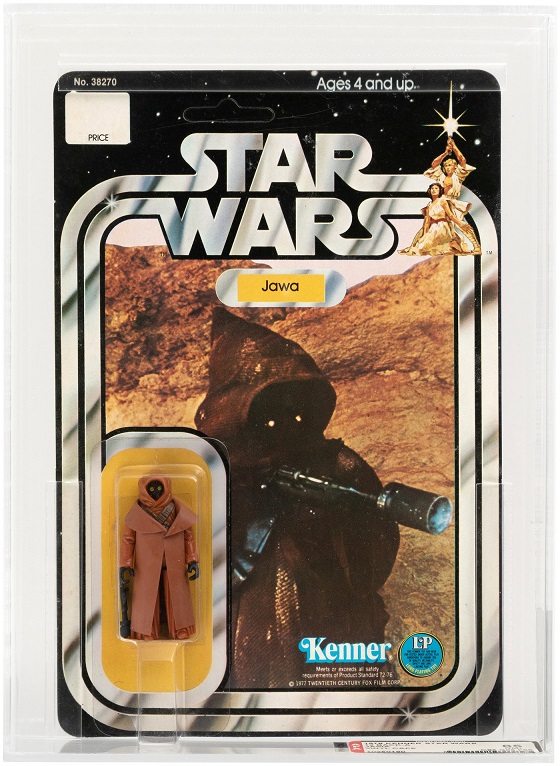 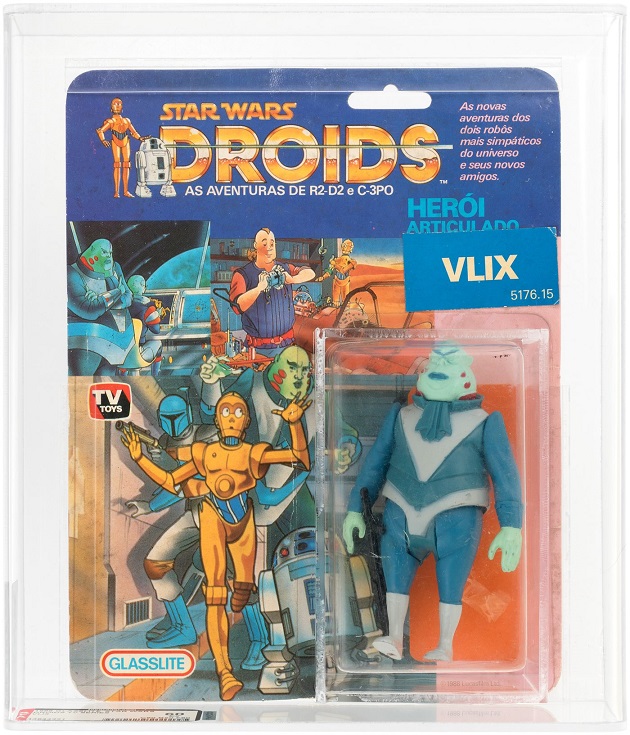 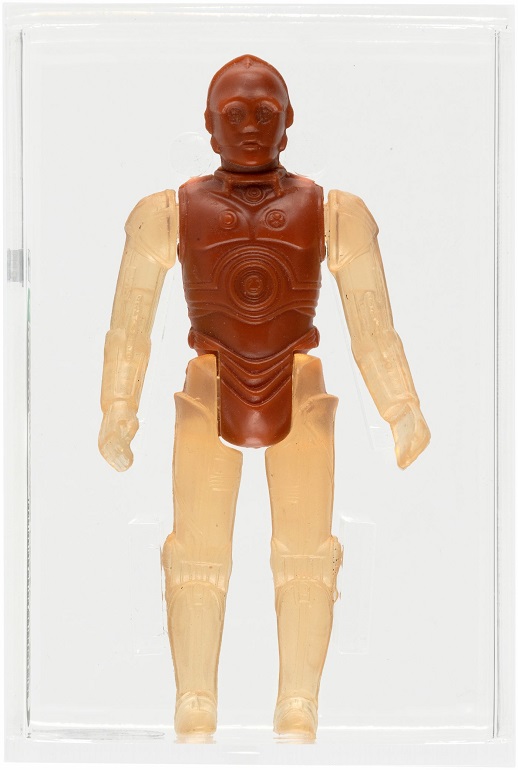 Hake’s Auction #232 set a new house record at $3.6 million, and it was no surprise that a chunk of the attention-grabbing results came from Star Wars. Hake’s has become known for offering high caliber Star Wars action figures and related material. This was proven true once again for the premier event that closed on June 29-30, 2021.

As expected, one of the auction’s highest selling items was a Boba Fett rocket-firing prototype L-slot AFA 85 NM+. The most valuable Star Wars toy on the market, it nabbed $165,200. This unpainted 3-3/4” figure was pulled from Kenner’s 1979 toy line because the rocket-firing capability was considered a choking hazard. Among the rarest and most coveted Star Wars action figures, this marks the fifth one that Hake’s has sold since March 2018.

A Jawa 12-back-A AFA 85 NM+ (vinyl cape) hammered for $24,245, besting the $20,000 estimate. The 2-1/4” figure is from the first line of Star Wars toys that Kenner produced in 1978. It features the vinyl cape which is only available on this early variety before it was switched to a cloth cape for later releases.

The Glasslite Star Wars: Droids Vlix AFA 60 Ex, which is the rarest of all Star Wars figures offered commercially, closed at $23,627. The 4-1/4” figure comes from the 1988 collection that was only released in Brazil due to the cancellation of the animated series in the US.

The Star Wars: Ewoks Series 2 Paploo salesman’s sample AFA 80 Y-NM with the 2-1/2” figure with accessories and B-Wing Pilot collector’s coin achieved $15,866. Based on the 1985 Ewoks animated show, it was proposed for a Series 2 that was not produced. Paploo was one of the last two characters in the line to be produced in full production quality.

The Star Wars Villain Three-Pack Series 1 square box/round punch sample AFA 60 Ex netted $15,415. Housed in the original window box, it contains a Stormtrooper, Darth Vader, and a Death Squad Commander from the ’78 line. This type of packaging is preproduction in nature and did not reach production with the characteristics on this box.

An Empire Strikes Back IG-88 sample card with Lando Calrissian (Skiff Guard) 48-back-C AFA 60 Y-Ex grabbed $14,278, over the $10,000 estimate. Produced as a sample for Kenner’s ’84 Return of the Jedi line, the unpunched card advertises a Revenge of the Jedi figure offer.

All items include the 18% buyer’s premium. Lists of the top selling items in Part I and Part II of the auction are available on Hake’s website.