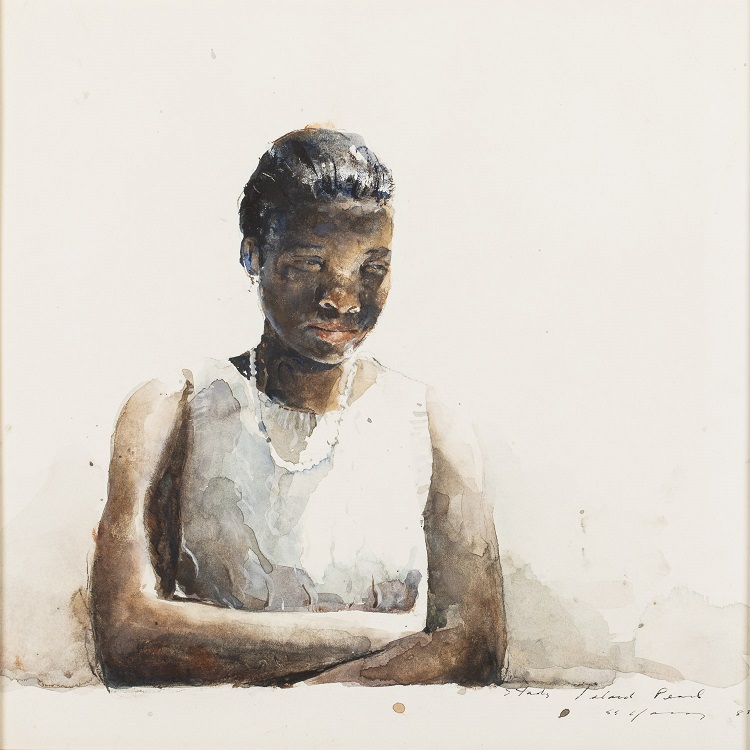 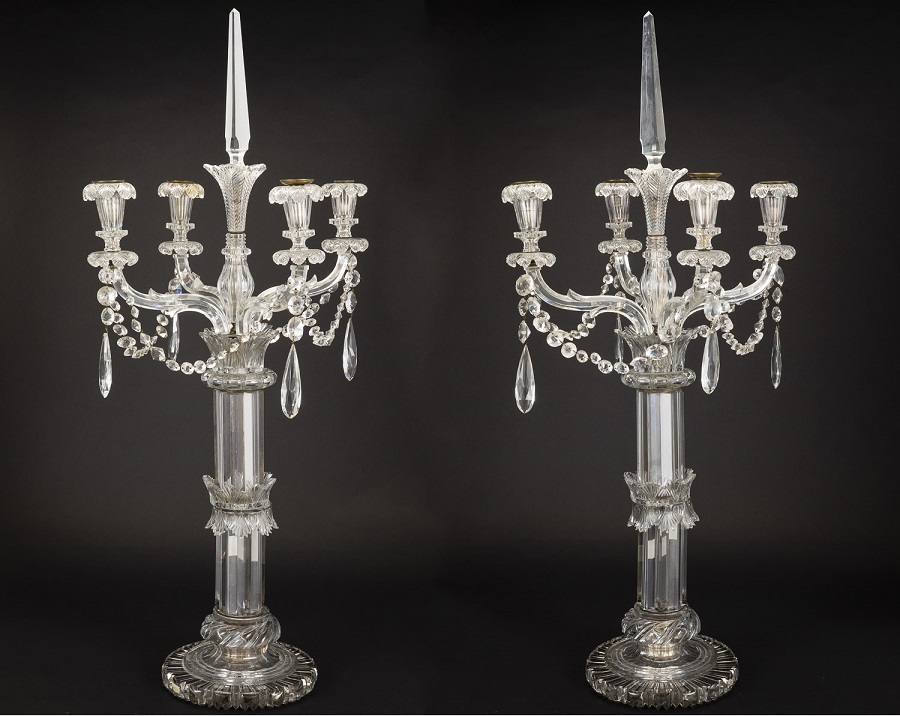 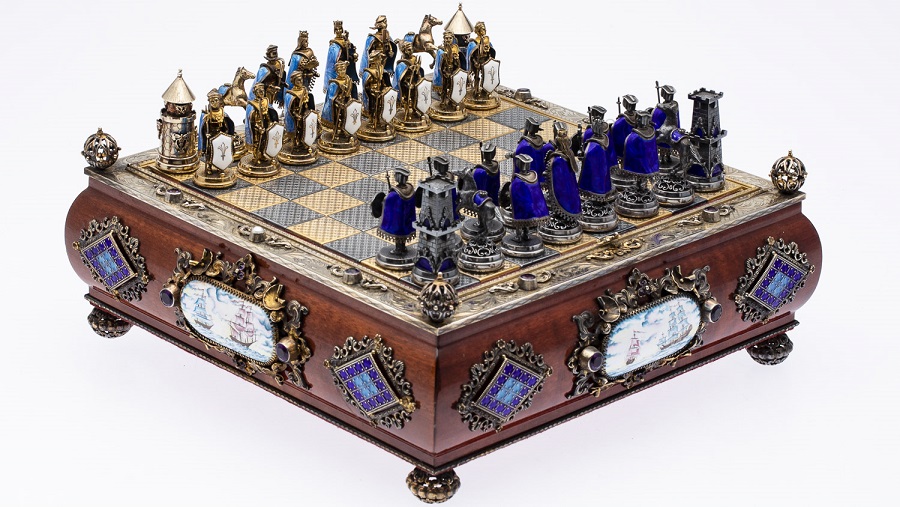 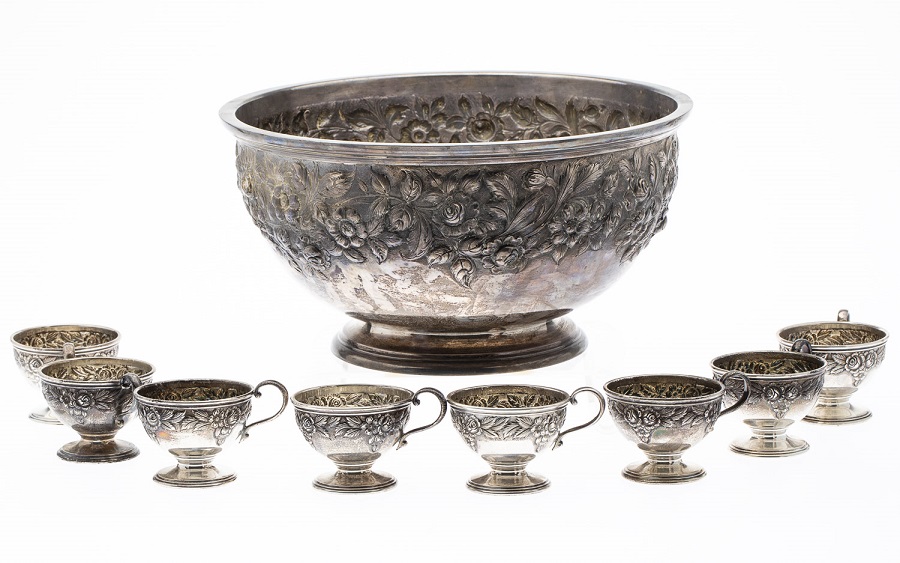 Everard Auctions & Appraisals next event, an October 26-28, 2021, Fall Southern Estates Auction, offers more than 900 lots of fine and decorative art from select sources in Georgia, South Carolina, Florida and beyond. Absentee bidding is now in progress, with live online bidding slated to begin at 10 AM ET on all three days of the auction series.

The memory of Everard’s exciting October 2020 sale of a Stephen Scott Young painting titled Tenth Son is still fresh in the minds of Southern regional art collectors. Young’s captivating watercolor depiction of an African-American boy in summer attire – a signed “first study” – charmed bidders and had no trouble reaching a winning bid of $31,250. While many art aficionados were already familiar with Young’s work, others were delighted to discover the talented contemporary realist, whose luminous watercolors sensitively capture the people, landscapes and architecture of America’s coastal Southeast.

“Stephen Young is admired for his mature style, which has been compared to such American masters as Winslow Homer and Andrew Wyeth,” Everard Auctions President Amanda Everard said.

A bold abstract painting attributed to the influential African-American artist Hale Woodruff (1900-1980) is executed in shades of blue, yellow, black and brown. The work is believed to have been created in the mid-1950s, when Woodruff – later a founding member of Harlem’s legendary Spiral artists collective – was living in New York and creating groundbreaking paintings, prints and murals that depicted the historic struggle and perseverance of African-Americans.

“Hale Woodruff’s art education was considerable and went well beyond his technical training. He studied at the John Herron Art Institute in Indianapolis, Harvard University, the School of the Art Institute of Chicago, and at art academies in Paris, but also studied mural painting with Diego Rivera in Mexico. He also founded the country’s first fine art department for Southern African American students, at Atlanta University,” Everard said. The painting attributed to Woodruff comes from a Tennessee private collection and was purchased at a St. Louis gallery, circa 1990s. It is offered with a $10,000-$15,000 estimate.

Another artist who was shaped by work done during the WPA period was William Wind McKim (Missouri/Kansas, 1916-1995). His teacher was none other than Thomas Hart Benton. McKim’s painting of a hunting scene, estimated at $3,000-$5,000, appears strongly influenced by Benton and will convey together with a vintage photo of the two artists.

The Asian section boasts exemplary pieces of Chinese, Japanese, Nepalese, Cambodian and Korean origin. Among the top lots are: a Warring States lacquer bird-form ceremonial cup, $3,000-$5,000; a large Nepalese terracotta head vessel, $2,000-$3,000; a Chinese late Ching hardwood and ivory table screen, $4,000-$6,000; and a Chinese huanghuali scholar’s cabinet, $3,000-$5,000. Distinguished provenance accompanies a Cambodian sandstone relief stele fragment dating to around the 13th century. It was a treasured item in the collection of the late Dr Richard Hall Chamberlain (1915-1975), a renowned radiologist and University of Pennsylvania professor who served as a consultant to the World Health Organization. Dr Chamberlain’s speaking tours took him to Southeast Asia several times, and it is there that he acquired the figural sandstone artwork, circa late 1960s. After Dr Chamberlain’s passing, the piece was inherited by his niece, Beth Pickels, of Marietta, Georgia, and later Florida. It carries a conservative auction estimate of $2,000-$3,000.

Items deaccessioned by the Telfair Museums in Savannah and formerly on display at the Owens Thomas House include a pair of monumental 19th century four-light cut-glass candelabra, $4,000-$6,000; and a George III four-poster bed, $1,000-$1,500. A third Telfair Museums consignment, a Biblical artwork attributed to Francisco Collantes (Spanish, 1599-1656), depicts the flight of Jesus, Mary and Joseph into Egypt. Estimate: $2,000-$3,000.

All three sessions of Everard’s October 26-28 Fall Southern Estates Auction will start at 10 AM ET. Bid absentee or live online via Everard, LiveAuctioneers, Bidsquare or Invaluable. A preview reception will be held on October 19 from 5 PM to 7 PM at Everard Auctions’ gallery, with additional previewing available October 20-22. For more information on any item in the auction, call (912) 231-1376 or email info@everard.com. Everard Auctions & Appraisals is located at 2436 Waters Avenue, Savannah, GA 31404. Visit the company’s website at www.everard.com.