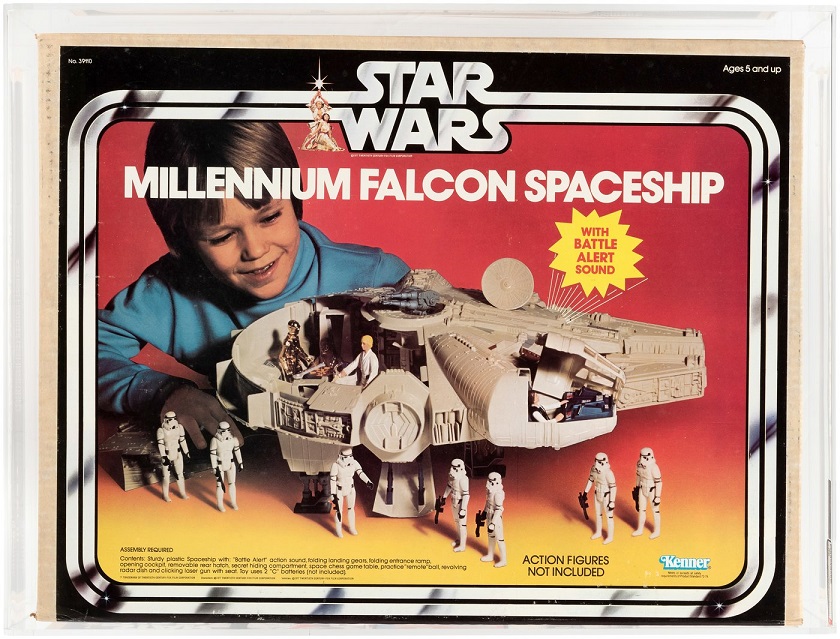 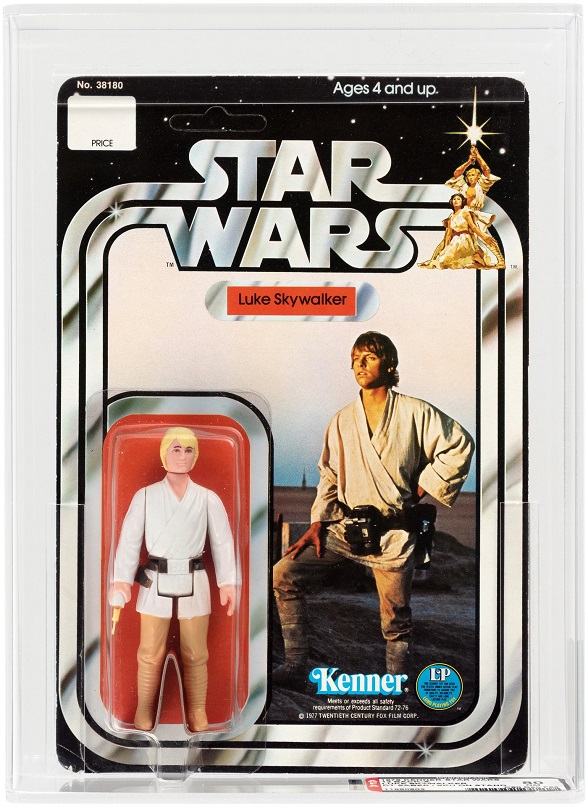 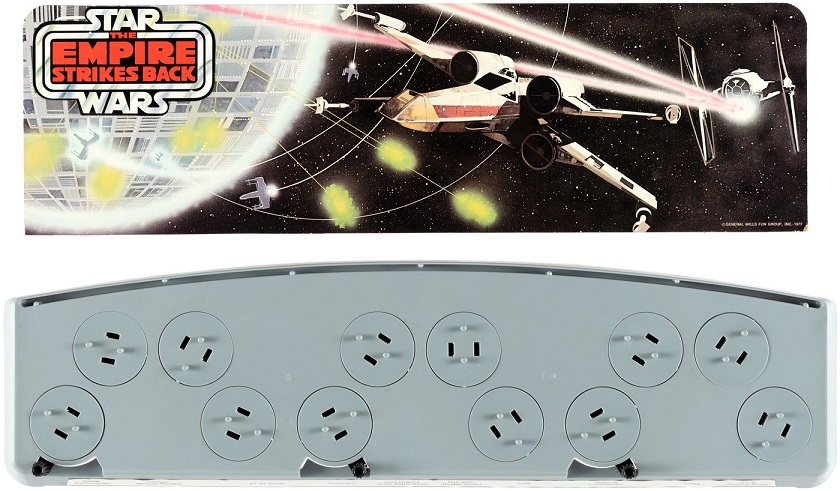 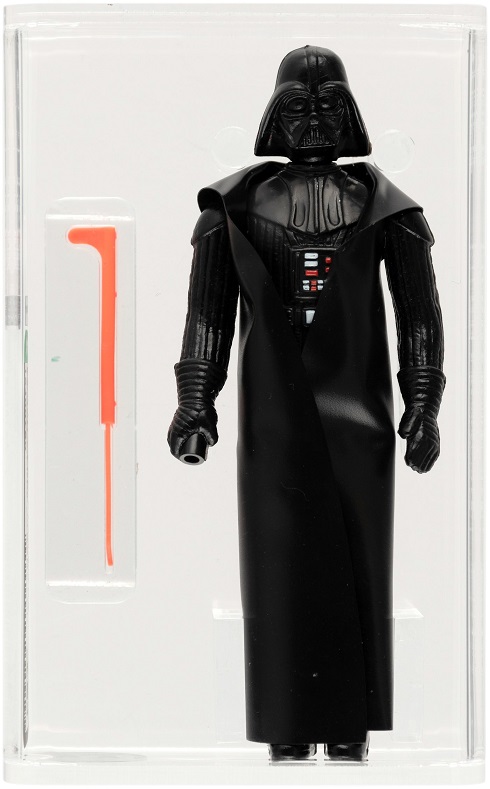 Star Wars action figures, toys, and other memorabilia continue to perform well at Hake’s Auctions. Nearly 250 lots of Star Wars material were part of Hake’s $3.3 million auction on November 2-3, 2021, with many pieces landing on the list of top sellers.

The Luke Skywalker 12-back-A AFA 80 NM (double-telescoping, SKU on footer) also brought $42,834. This 3-3/4” figure comes with the double-telescoping lightsaber that features a second extendable section. Made for Kenner’s 1978 toy line, it is on an unpunched card.

Another early Luke Skywalker figure, the 12-back-A AFA 85 NM+ (SKU on footer), grabbed $14,278. This piece is a very rare and highest graded example of the figure with the SKU on footer.

The top results from Part I and Part II are available on Hake’s website.