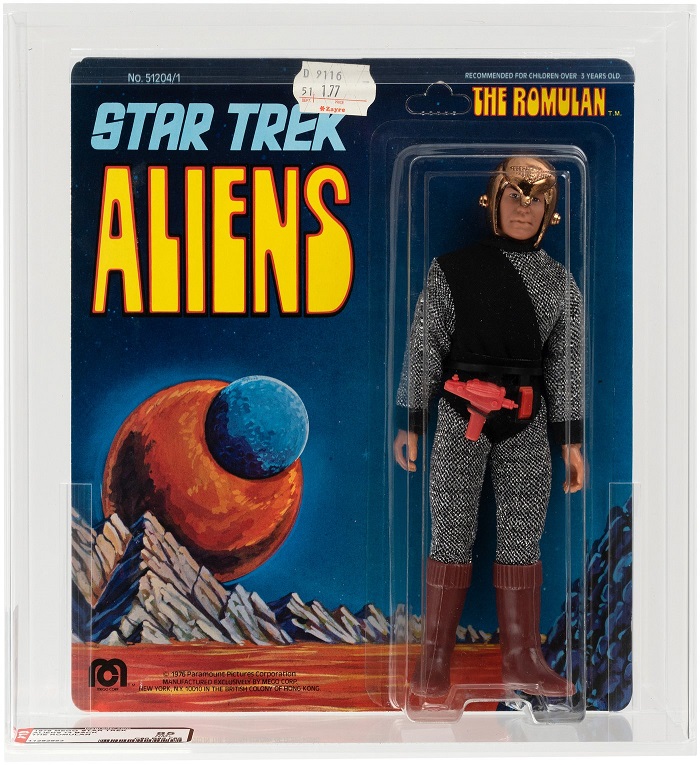 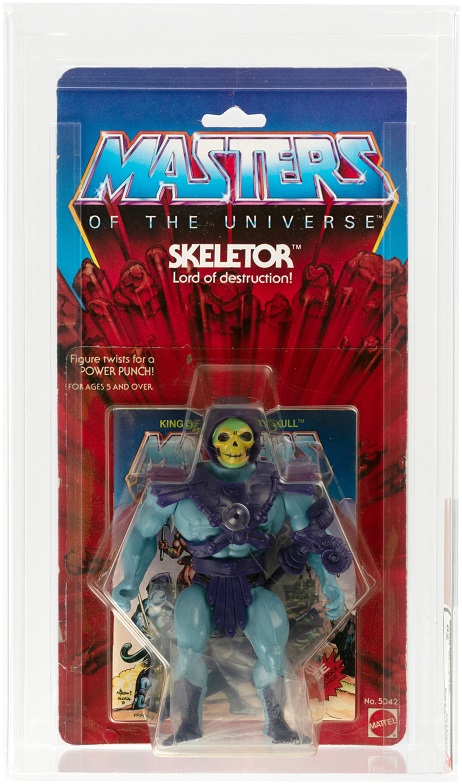 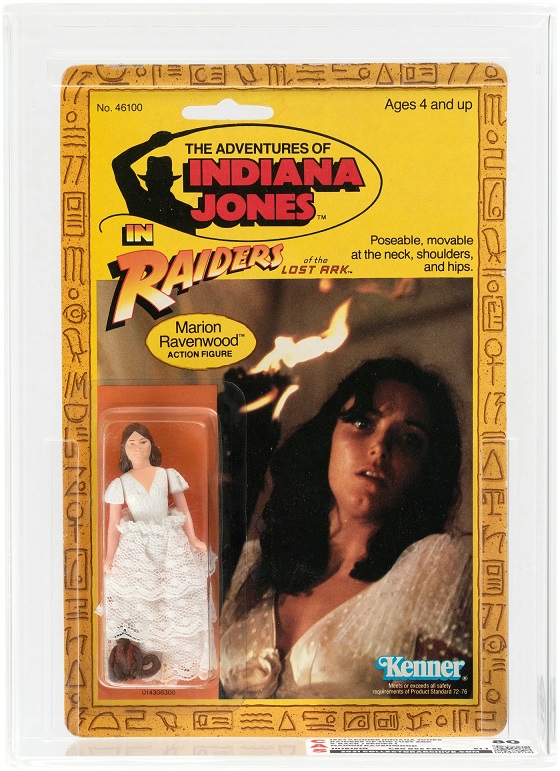 In Hake’s $3.3 million auction on November 2-3, 2021, they offered a large selection of action figures, playsets, and vehicles. The material, dominantly from the ‘70s and ‘80s, saw several pieces sell beyond their preauction estimates.

Masters of the Universe Skeletor Series 1 8-back (no warranty) AFA 70 Y-Ex nearly doubled its $5,000 estimate when it rose to $9,440. This toy from ’82 is the peach cheeks version with half boots and purple trunks, and has a King of Castle Grayskull mini-comic. Mattel released three versions of the cardback and this no warranty with SKU is the rarest one.

A rare Lost in Space Roto Jet Gun roto-sound weapons set in box reached $5,970, tipping over the $5,000 estimate. The set is complete with the gun in two hard plastic pieces that can be assembled to make a larger rifle, viewing scope, “Shrieking Space-Tracer” whistle attachment, and launches two “Roto-Missiles” saucers. The 1966 toy is in its original box featuring an image of the Robinson family fighting two cyclopes.

The G.I. Joe Dreadnok cycle vehicle prototype run includes conceptual, hardcopy, and first shots with 1:1 scaled components for the 3-3/4” scaled figures grabbed $5,841. The first part of the run is a partial conceptual model in resin and primer, consisting of the cycle body and seats/gun mount. Next is the hardcopy vehicle in resin/plastic components and more complete than the previous model but still not fully realized. It comes with a mockup card with stat showing sprue with attached resin cast missiles, exhaust pipes, and rear axle pieces. The lot also includes a first shot done in alternative colors that are different than the production cycle. Lastly, is a test shot in final colors that appears to be complete.

The top results from Part I and Part II are available on Hake’s website.