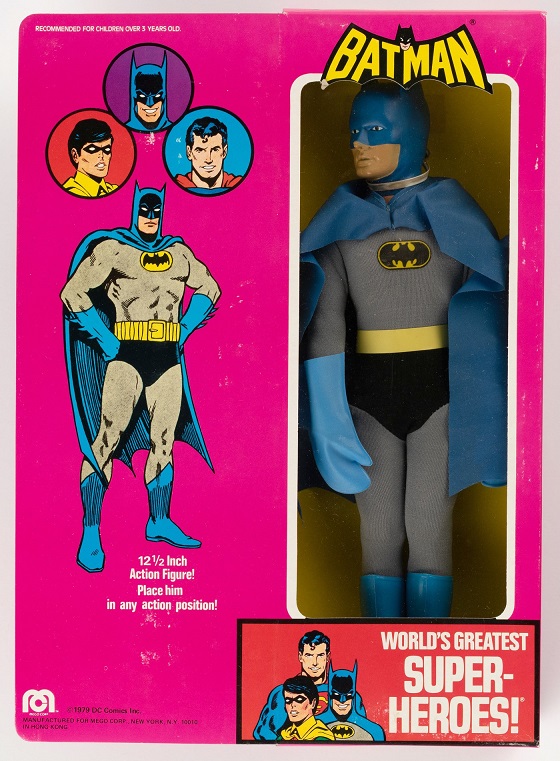 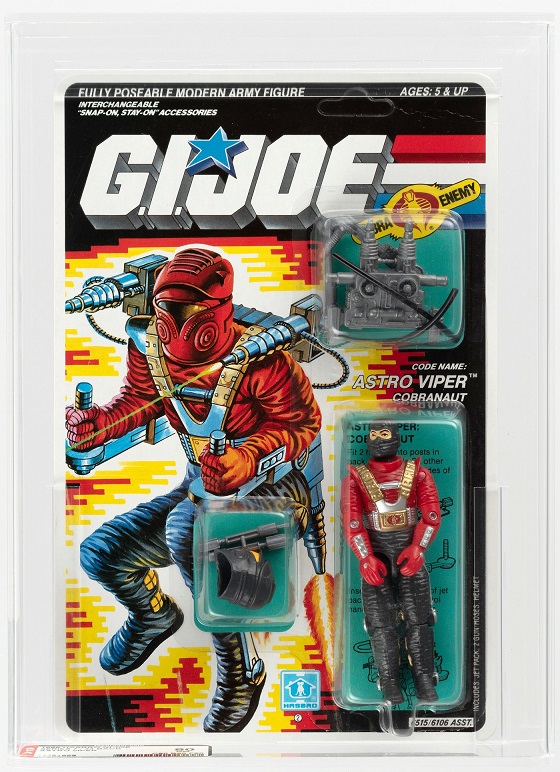 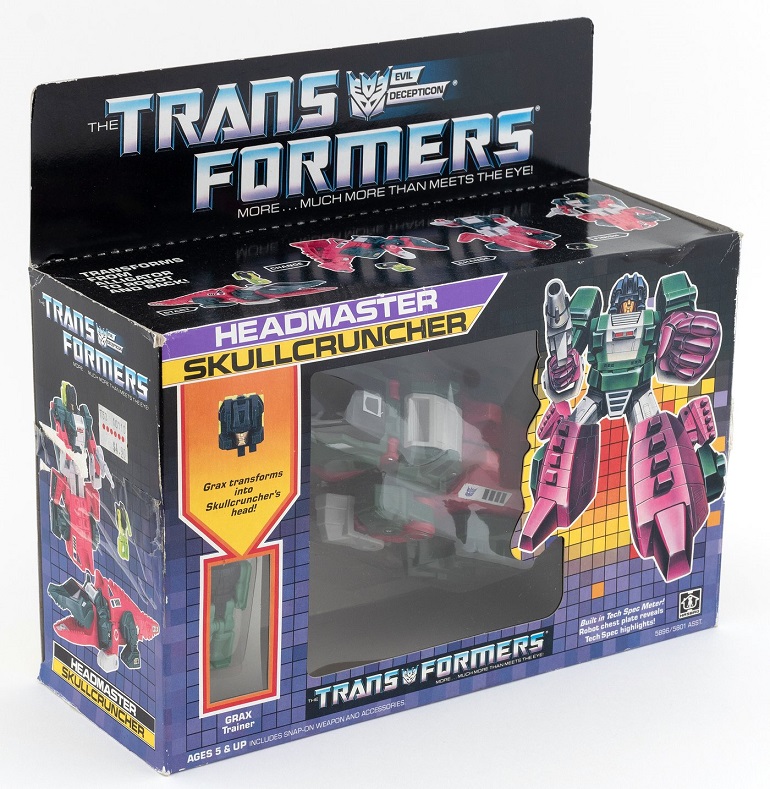 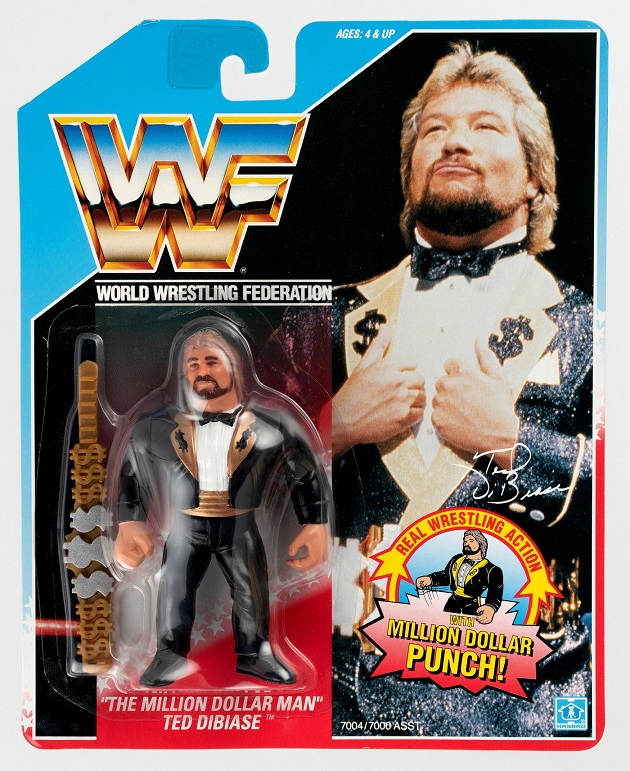 Hake’s action figure and toy online exclusive auction is overflowing with an eclectic mix of material from superhero gems to Saturday morning cartoon heroes. There are over 500 lots of mostly AFA- or CAS-graded items that are open for bids now through January 19, 2022.

Superhero lots are led by a Mego Batman 12-1/2” tall figure in the original window box (window still firmly attached). On the Marvel side, Hake’s is offering a Mattel Spain Secret Wars Constrictor Series 3 AFA 80 and an Iceman Series 3 AFA 70+ from the European exclusive release. Both come with a mini-catalog, shield, and flicker flasher inserts.

The desirable Transformers material includes a Headmaster Skullcruncher in box, which has been opened and resealed, but the Transformer alligator is still sealed in the inner blister. Others are the Insecticon Shrapnel Generation 1 factory sealed in box and a Decepticon Leader Megatron in box.

These and hundreds more items, including 300 Star Wars lots, are open for bidding at hakes.com.