Minnie Mouse and Daisy Duck illustrations, Professor Zoom’s debut, and a sealed copy of Sonic & Knuckles are featured lots in Heritage’s weekly auctions. The Comic Books Auction closes on Sunday and Monday, May 22-23, 2022, the Video Games & TCG Mini-Boss Auction ends on Tuesday, May 24, and the Comic Art & Animation Auction closes on Wednesday, May 25.

The original art auction opens with Hollywood flare in the form of Minnie Mouse and Daisy Duck “After Marilyn Monroe” preliminary illustrations. The beloved Disney characters appear with skirts fluttering in Monroe’s iconic pose from The Seven Year Itch. These drawings were preliminaries for Pedre wristwatch faces.

The comic book auction starts fast with the first appearance of Professor Zoom in The Flash #139 CGC 8.5. Artist and co-creator Carmine Infantino provided the art and teamed up with inker Murphy Anderson to create the cover.

Moon Knight gets his first solo story in Marvel Spotlight #28 CGC 9.0. The comic came out a year after his first appearance and four years before his first ongoing series. Co-creator Don Perlin and inker Klaus Janson teamed up on the cover.

The video game auction is led by Pitfall! WATA 9.4 NS glue seal (1982 green box) Intellivision Activision. This trailblazing title from the golden age of video games made its biggest mark on the Atari 2600 then was ported to other platforms, including the Intellivision.

Sonic & Knuckles WATA 9.4 B+ sealed (cardboard slide box) Sega Genesis is considered among the most popular Sonic games. It features lock-on technology that lets gamers open the hatch on top of the S&K cartridge and plug other cartridges into a different experience like Sonic the Hedgehog 2. 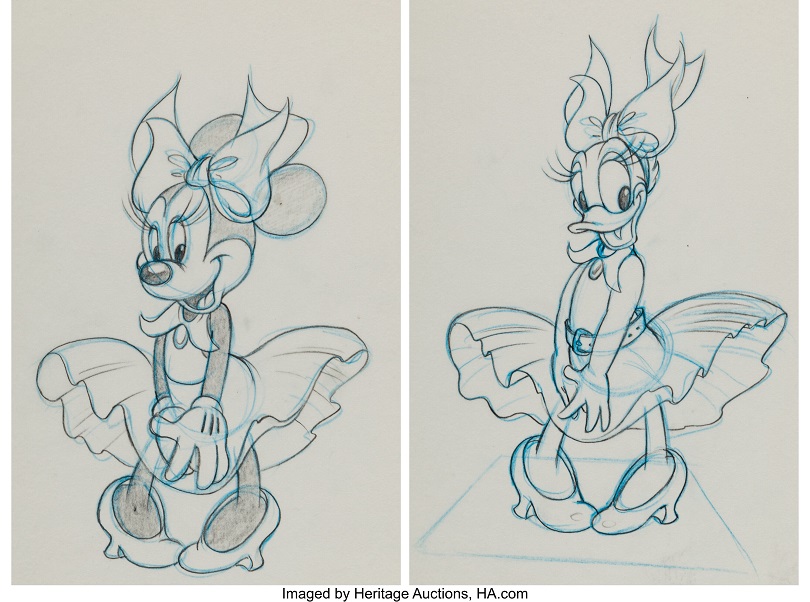 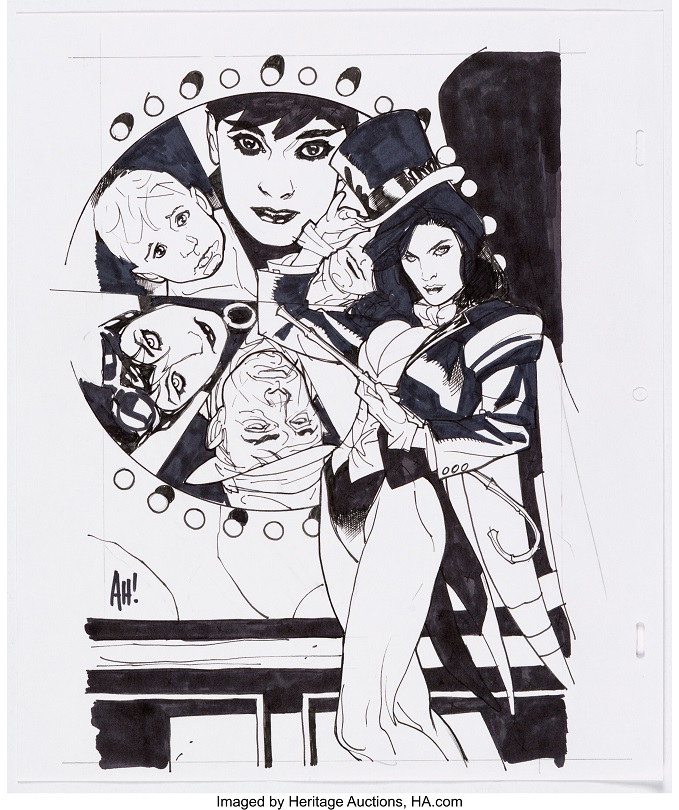 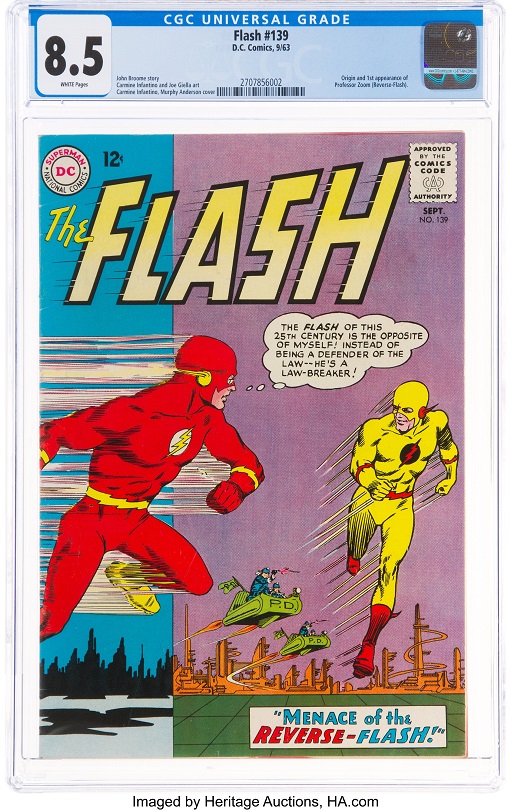 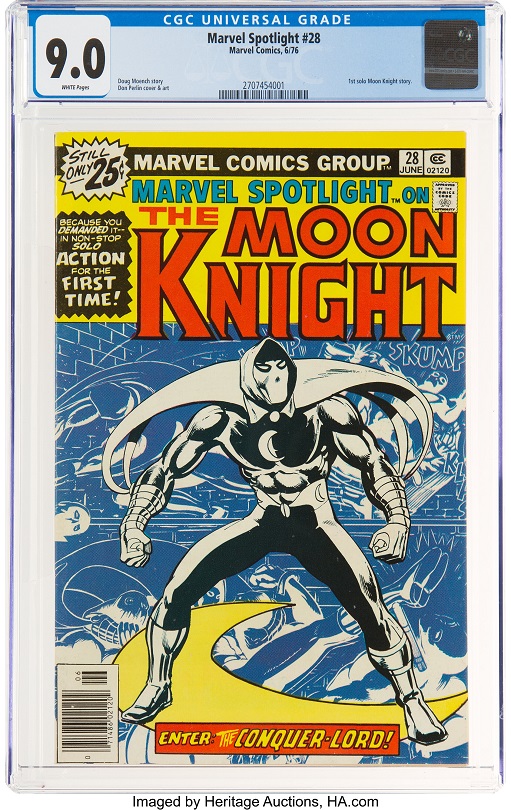 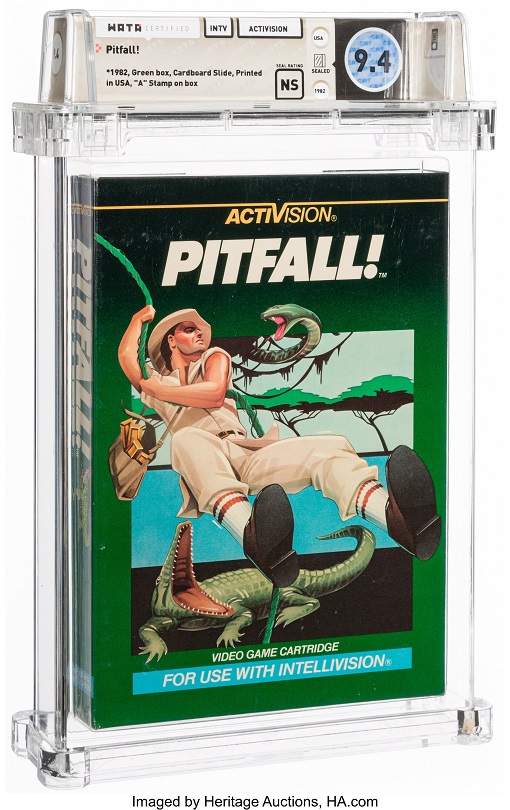 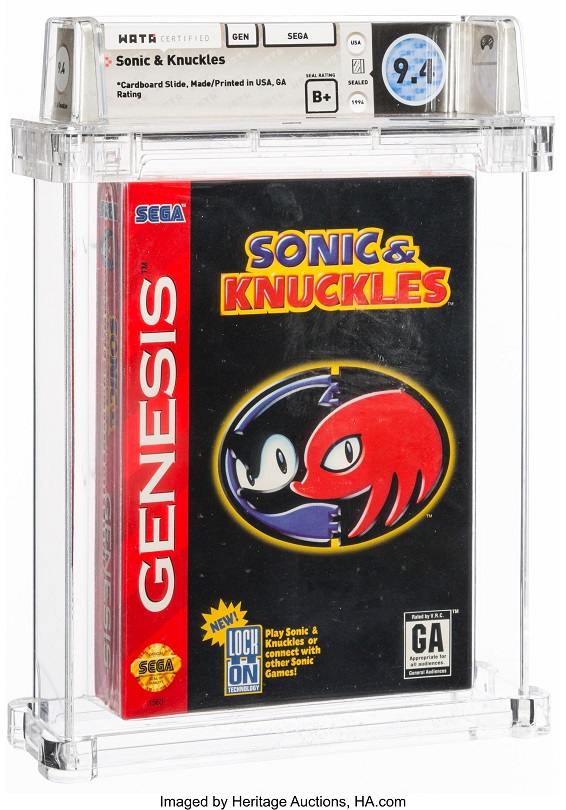