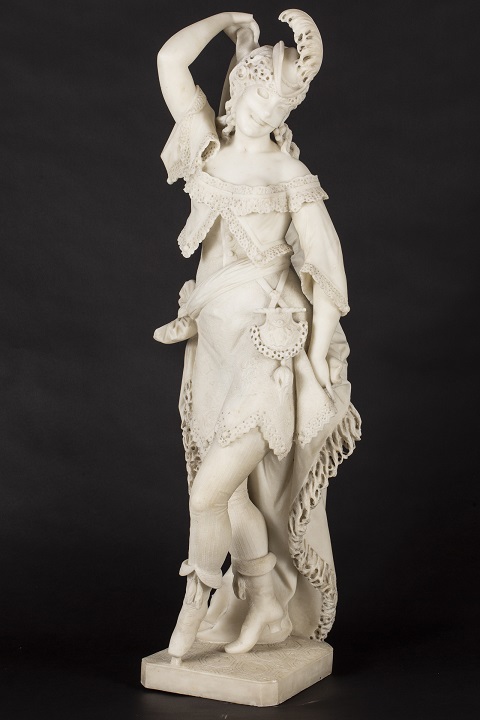 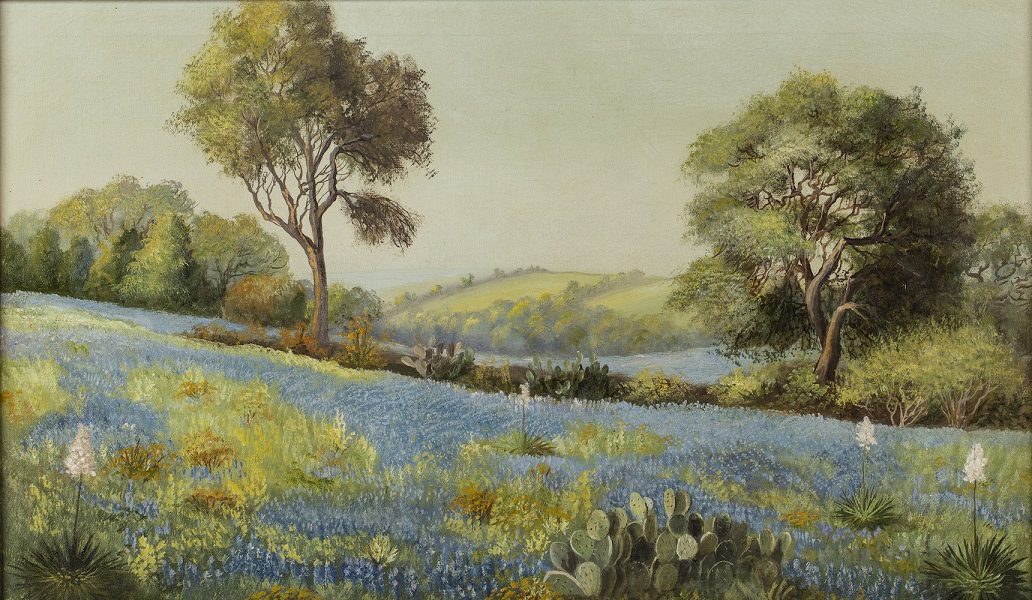 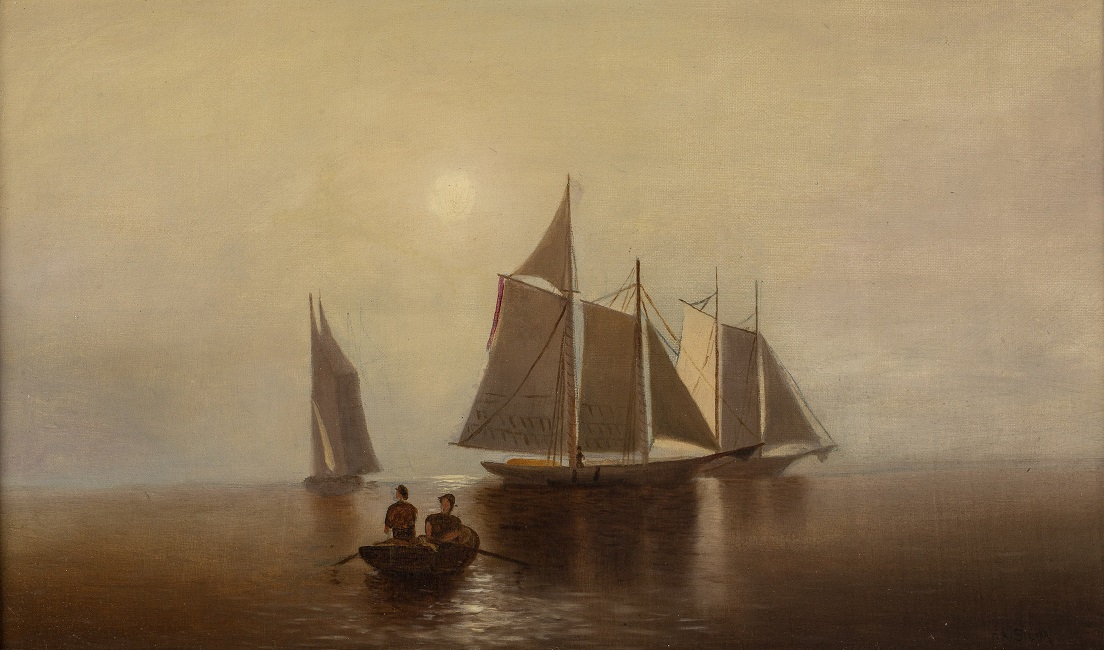 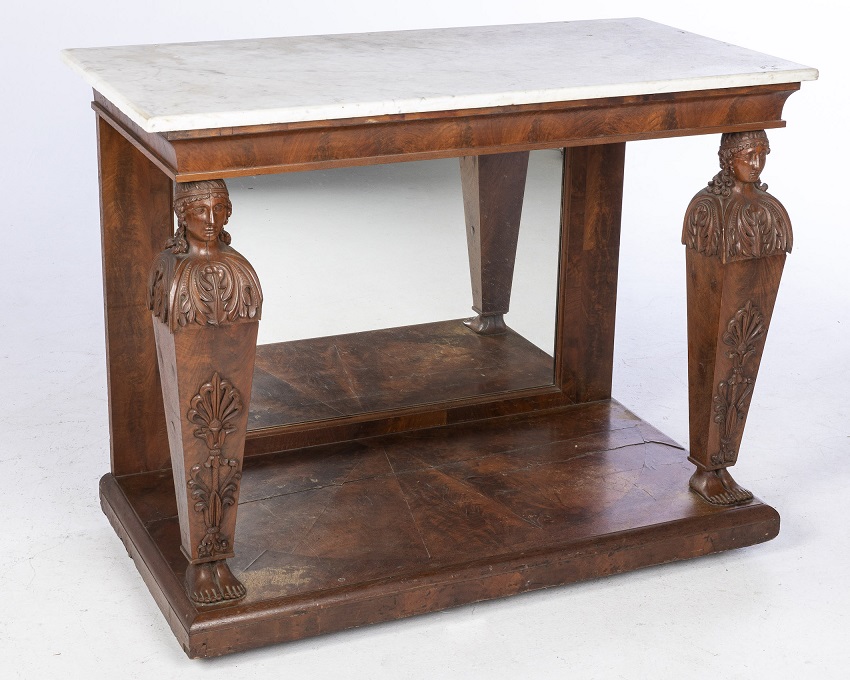 On June 1-2, 2022, Everard Auctions will present a diverse selection of fine and decorative art, featuring property from the Estate of Murray C. Perlman of Savannah, Georgia. Perlman was a prominent Savannah resident who supported numerous organizations dedicated to local historic preservation, including the Historic Savannah Foundation. He was also an owner and partner of Savannah Galleries in historic downtown Savannah, which started selling fine American, English, and French antique furniture in 1968.

The auction also features property from the collection of Alex Raskin, a Savannah native who has been in the antiques business since the 1970s. He purchased his first storefront on Whitaker Street in historic downtown Savannah in 1978 and moved to the present location on Monterey Square in 1990. He has been a staple in the Savannah antique trade ever since. After more than 50 successful years in the business, Raskin is retiring, and many outstanding items from his collection will be offered in both sessions of Everard’s spring auction.

The fine art category of the sale includes a marble sculpture by Italian sculptor Fortunato Galli (Italian, 1850-1918) titled Masquerade. The work is signed on the base F. Galli, and depicts a beautiful masked woman in an elaborate outfit comprised of a corseted top, feathered hat, cape, stockings and boots. The sculpture is from a Georgia private collection and comes to auction with an estimate of $10,000 to $15,000.

A Porfirio Salinas (Texas, 1910-1973) oil on canvas titled Blue Bonnets (17-1/2 by 19-1/2 inches) carries an estimate of $15,000 to $20,000. Salinas was a Mexican-American painter best known for his impressionistic landscapes. His most sought after works depict wildflowers in bloom in the Texas Hill Country. He was a favorite artist of President Lyndon B Johnson, who displayed Salinas artworks in the White House during his term in office.

Picking Cotton, a 6-by-12-inch oil on board by widely collected South Carolina artist William Aiken Walker (NC, 1838-1921) is estimated at $7,000-$10,000. Its provenance includes prior sale at Brunk Auctions (March 23, 2018, lot 587) and Doyle Auctions (November 2011, lot 51, Property from the Estate of Ann Carter Stonesifer, Md.). Walker’s most famous paintings document Southern scenes of plantations, cotton fields, docks and wood cabins. His work is held in the collections of the Boston Museum of Fine Arts, High Museum of Art, Morris Museum of Art, Gibbes Museum of Art, and many other institutions.

A unique entry in the auction is an International Dey Clock employee time clock based on physician Alexander Dey’s 1888 patent for the dial time recorder. Founded in 1900, the International Time Recording Company supplied a diverse line of timekeeping devices for businesses. In 1924 it emerged under a new name, the International Business Machine Corporation, known today as IBM. This early example of American technology is estimated at $3,000-$5,000.

Another fascinating item is an 1886 US Fractional Currency Shield accompanied by a May 20, 1931 letter on “Grinnell Brothers, Detroit” stationery and addressed to Mr. George H. Keesee, Federal Reserve Bank of Richmond, Virginia. Such shields are very rare. They were issued circa 1866 by the US Treasury Department and contain examples of United States fractional currency. The framed shield is expected to sell in the $3,000-$5,000 range.

Decorative art highlights include a circa 1835 school of Joseph Barry (1757-1838) classical marble-topped mahogany console table with carved caryatid supports. From the collection of Alex Raskin Antiques, it is estimated at $5,000-$7,000. A serving table by Joseph Barry which exhibits very similar caryatid supports is held in the collection of the Philadelphia Museum of Art.

According to its consignor, an English metal and faux-leopard upholstered rocking chaise from the second half of the 19th century was purchased circa 1990 from the John Hay Whitney Estate on Long Island. It comes to auction with a $5,000-$7,000 estimate. Also, a Tiffany Studios gilt-bronze desk set in the Pine Needle pattern is cataloged with an $800-$1,200 estimate.

Murray Perlman was a noted collector of high-quality antique rugs. Many are included within the auction selection of more than 50 Persian, Chinese and tribal rugs and carpets in a variety of sizes and colors. Two beautiful antique Heriz carpets from the Perlman collection are amongst the standouts of this category. Estimates range broadly from $300 to $7,000, with an exemplary 13ft 4in by 9ft 2in Heriz leading the group with a $5,000-$7,000 estimate.

Both sessions of Everard’s June 1-2, 2022 Spring Southern Estates Auction include fine and decorative art from the Estate of Murray C. Perlman Savannah, GA, and the collection of Alex Raskin Antiques. Start time on both days is 10 AM ET. Bid absentee or live online via Everard, LiveAuctioneers, Bidsquare or Invaluable. A preview reception will be held on Tuesday, May 24 from 5 PM to 7 PM at Everard Auctions’ gallery, with additional previewing available May 25-27 or by appointment. For more information on any item in the auction, call (912) 231-1376 or email info@everard.com. Everard Auctions & Appraisals is located at 2436 Waters Avenue, Savannah, GA 31404. Visit the company’s website at www.everard.com.