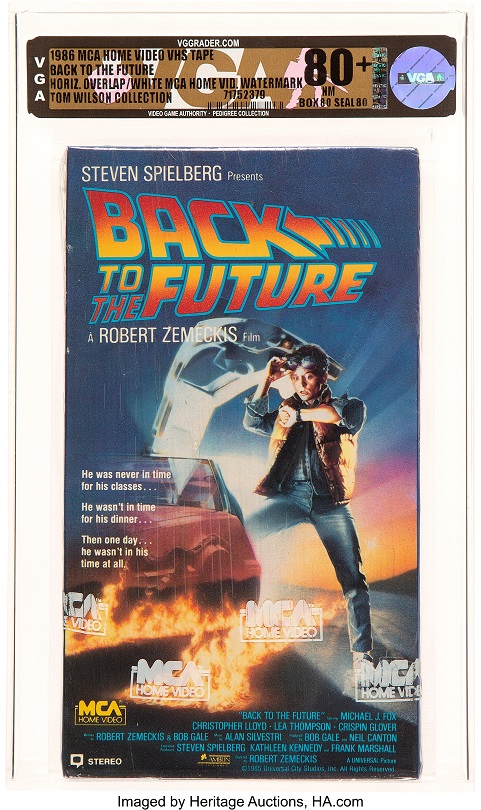 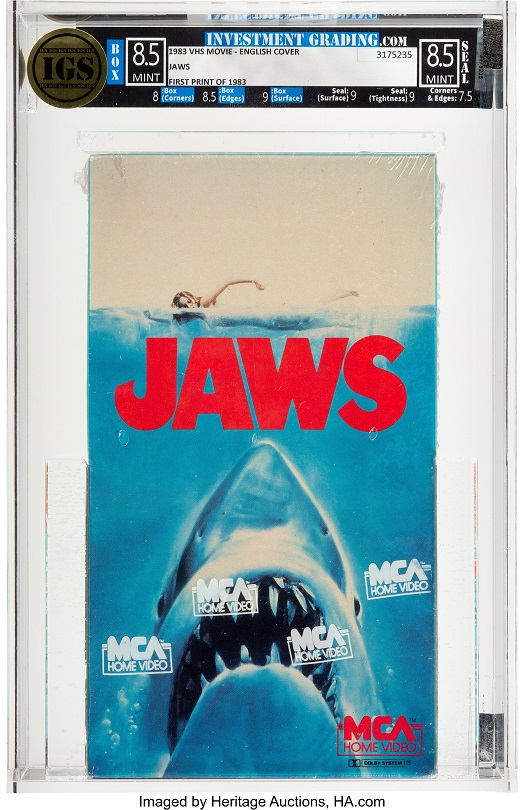 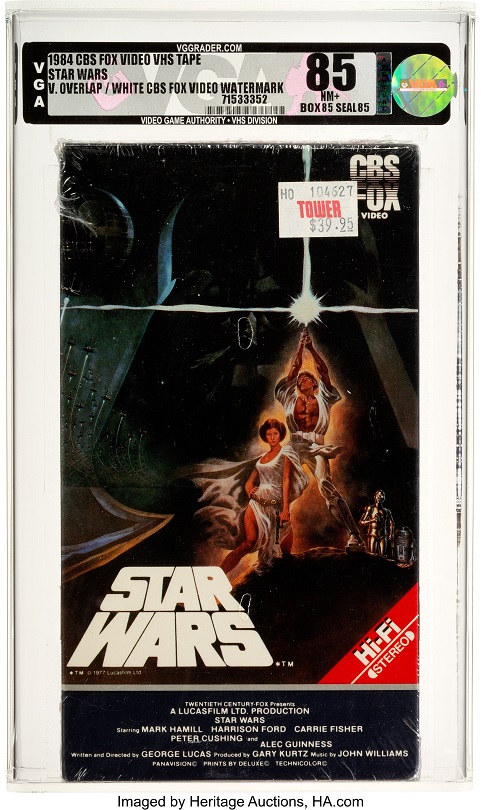 Fire up the VCR because Heritage is hosting their inaugural VHS and Home Entertainment Signature Auction on June 9, 2022. Featuring 262 lots from many popular films, the auction will be led by VHS copies of the Back to the Future trilogy owned by one of the movie series’ stars.

“Everyone has a favorite movie, and so many of them were discovered by people because of VHS,” Heritage Auctions VHS and Home Entertainment Consignment Director Jay Carlson said. “They are artifacts, a piece of our history with these beautiful covers that transport us back to the first time we could own a movie and watch it as much as we wanted. The advent of VHS tapes forever changed the way people watched movies, and many of the films that were part of that wave can be found in this auction.”

Among the movies showcased in the auction is the Back to the Future set that was owned by actor Tom Wilson who played the trilogy’s antagonist Biff Tannen (as well as his descendant and ancestor). Back to the Future VGA 80+ NM is still sealed with the horizontal overlap and the white MCA Home Video watermark. Wilson has owned it since it was given to him directly from the studio.

“We didn’t know the effect it was going to have on the world … in so many ways – it’s incredible,” Wilson says. “Back to the Future … actually did affect the future, because this is such an early VHS. This is just the beginning of the time when you could watch a movie as many times as you wanted to. You would get this VHS, put it in your VCR, and watch it over and over and over and over again … and I’ve heard from many thousands of people around the world who did exactly that. When your friends came over, and Dad put this in the VCR … when you were (home) sick from school, and there was Back to the Future, like an old friend – it’s been an amazing thing,” Wilson said.