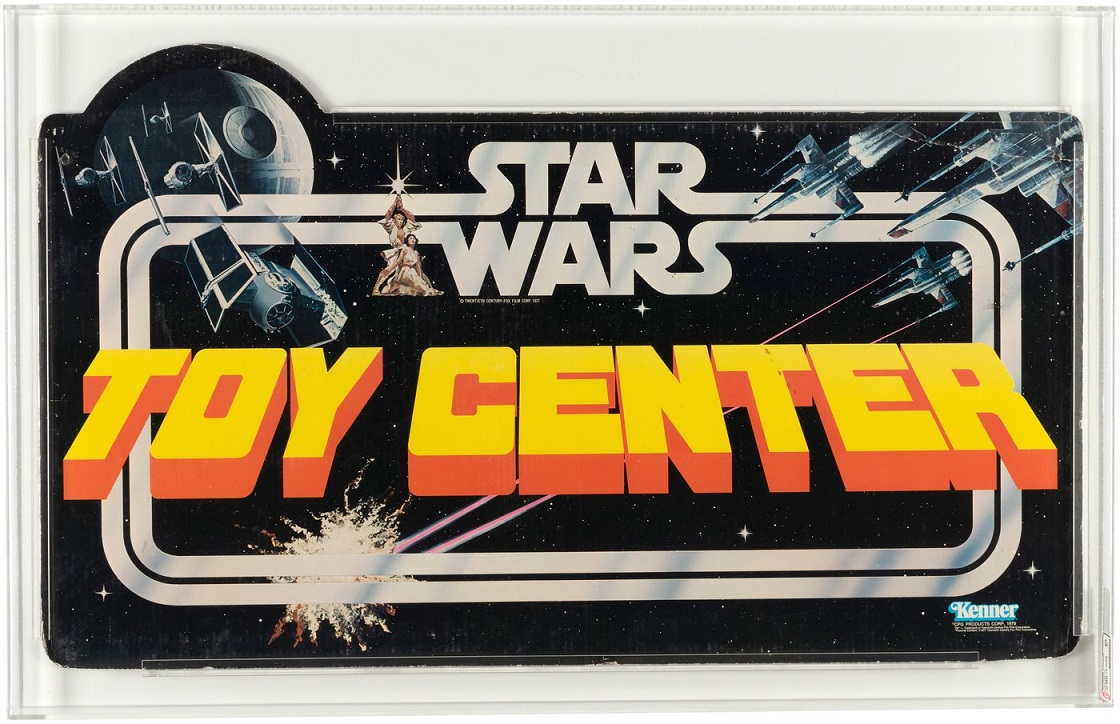 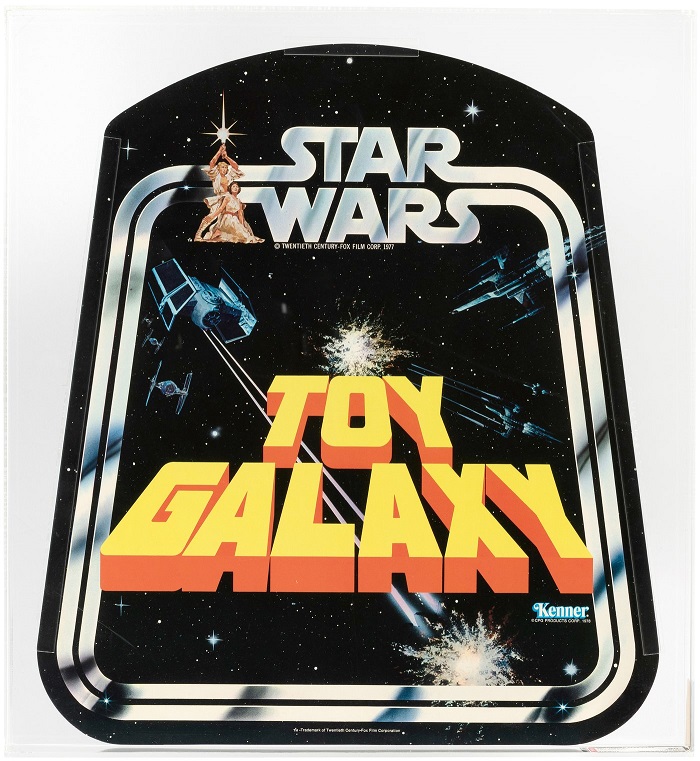 The 12 Action Figures display header AFA 75 EX+/NM is an 11-3/4” x 35-1/2” long double-sided sign with “Star Wars Action Figures” text accompanied by images of the first 12 action figures. Han Solo, Chewbacca, C-3PO, R2-D2, Princess Leia, and Luke Skywalker appear on one side with Darth Vader, Stormtrooper, Ben Kenobi, Jawa, Sand People, and Death Squad Commander on the other side. Given its size, this display header was used as a shelf merchandiser for large store displays of the Kenner figures.

Another large sign is the Toy Center store display AFA 60 EX that measures 24” x 40” long with the text in giant, bold letters. The Death Star looms in the background of the sign with Darth Vader leading a squad of TIE Fighters into battle against the approaching X-Wing Fighters. The double-sided die-cut cardboard display was released in 1979 and has holes in the top corners for hanging in toy department displays.

Rounding out the signs is a Toy Galaxy 1978 bell hanger store display sign AFA 90 NM+/Mint. This 16” x 18” double-sided bell-shaped cardboard hanging sign features Luke Skywalker and Princess Leia as they appeared on the movie poster designed by the Brothers Hildebrandt. “Toy Galaxy” text dominates the sign, which is surrounded by a battle between TIE Fighters (including Darth Vader) and X-Wings.

The Star Wars Special Event Auction is open for bids now through June 2, 2022, at hakes.com.