Tales to Astonish #35 CGC 3.5, featuring the origin and second appearance of Ant-Man, and his first in costume, leads off the comics auction. This key comic has the first Ant-Man cover by Jack Kirby and comes with interior art by Steve Ditko, Don Heck, and Dick Ayers.

Switching to DC, Heritage is selling Batman #2 CBCS 2.5 Verified Signature Jerry Robinson. Featuring the second appearances of the Joker and Catwoman, this issue has a cover and art by Robinson and Bob Kane.

The original art auction contains a Batman and Superman team-up on Rick Buckler and Bob Smith’s World’s Finest Comics #276 page 8 art. The Caped Crusader and Man of Steel work together to stop Double X, the villain who has challenged Batman many times.

The auction has another Dark Knight piece with Dick Giordano’s Batman: Hollywood Knight #1 page 7 original art. This page comes from the Elseworlds miniseries set during the golden age of Hollywood, and contains a panel of Batman and Robin in the classic Batmobile.

A trio of yucksters are leading the video game auction with a copy of The Three Stooges WATA 9.4 A+ sealed (oval SOQ TM), NES. The game has ten different scenarios (enhanced with Stooges voice effects) that include some based on their classic skits and movies.

From comedy to mayhem, Heritage is selling Mortal Kombat II WATA 9.4 A+ sealed, SNES. When porting this to Super NES, Nintendo went all in on the bloody action, making one of the most popular arcade ports of the 16-bit era. 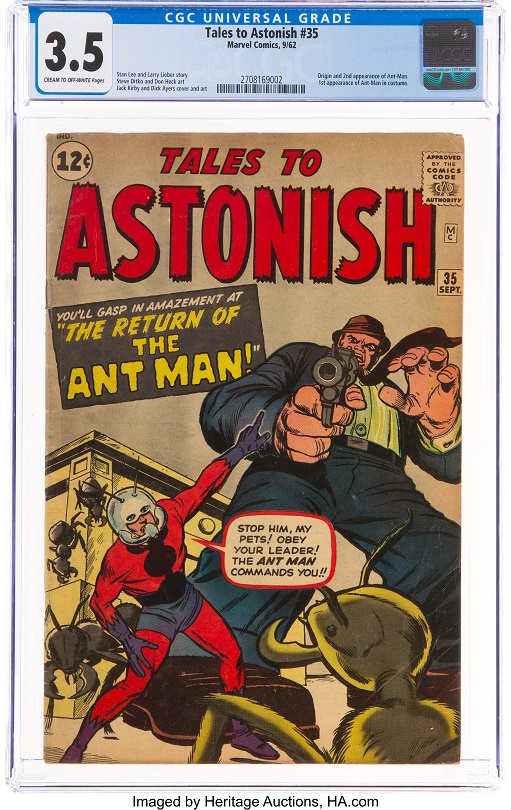 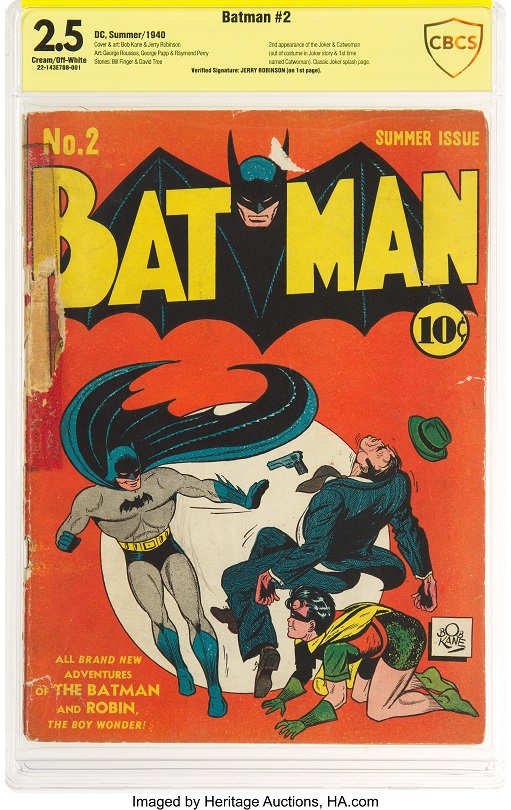 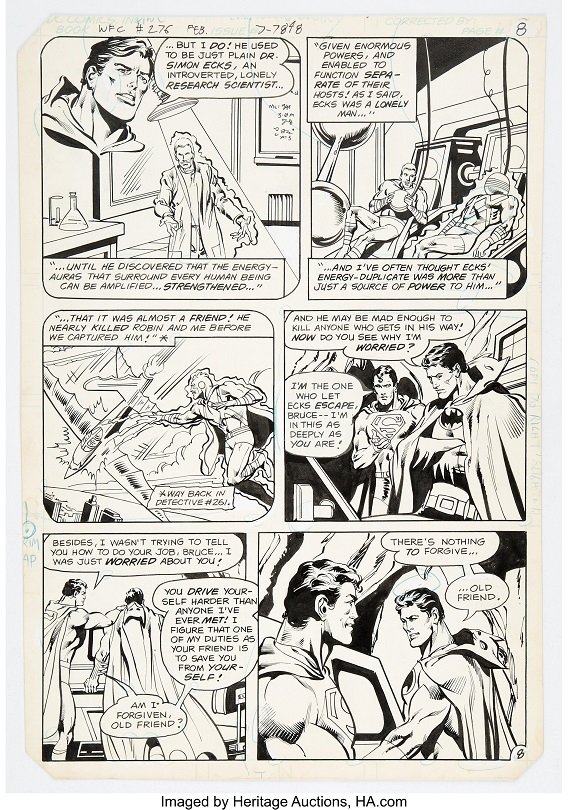 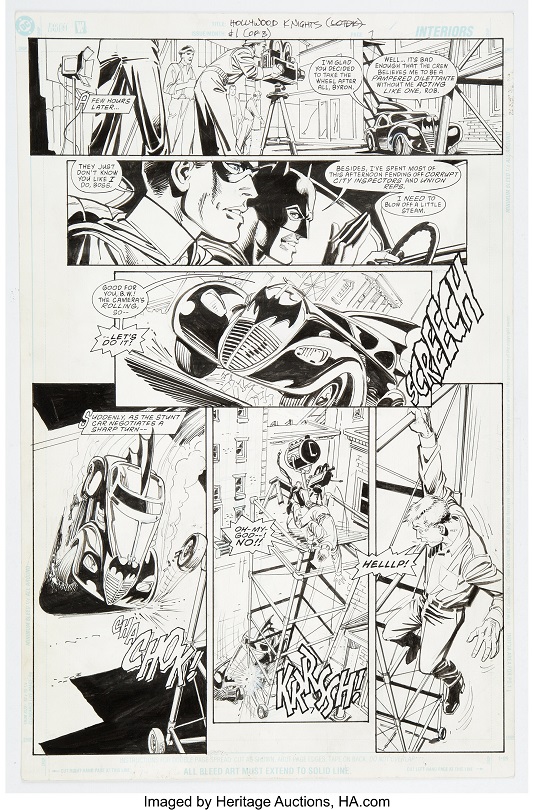 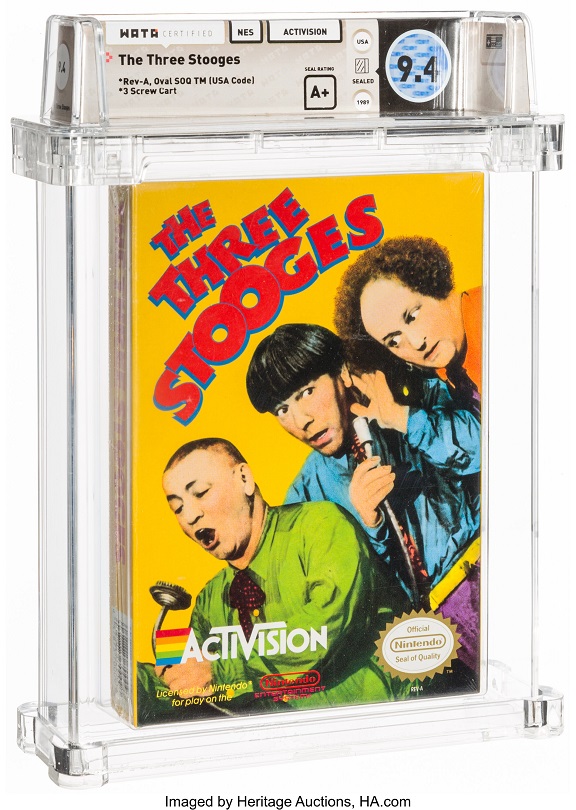 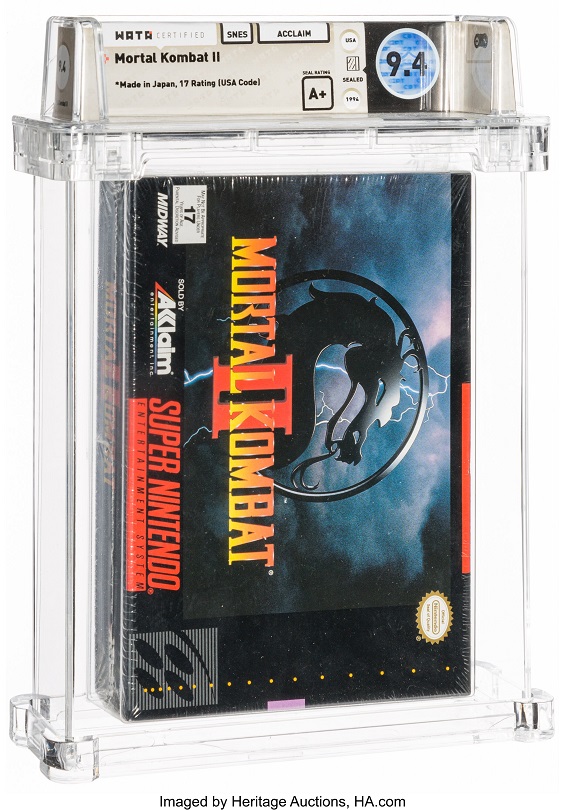