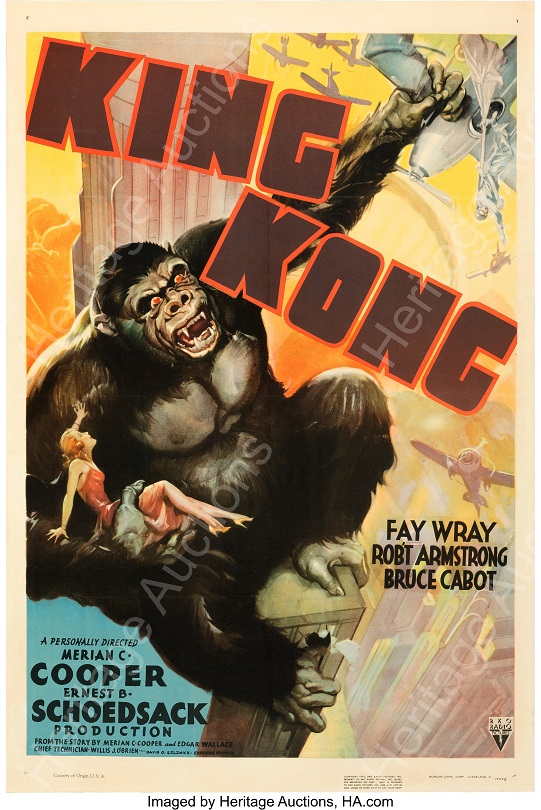 Heritage’s Treasures of the Silent Screen Movie Posters Auction on July 15-16, 2022, is filled with items from the collection of Dwight Manley. His collection is known for having 2,300 silent film posters and 550 of those will be offered in this auction. A significant portion of the remaining collection will be donated to the Academy of Motion Picture Arts and Sciences.

“It’s a crime that much of this collection has been stored away, where others who love film history were unable to enjoy it,” Manley said. “Movie posters weren’t created to be kept. They were created to promote films, and maybe get reused, but ultimately to be discarded. But when you look at some of the pieces in this sale, especially the stone lithograph posters, these are undeniable works of art that should be enjoyed.”

“This is the best collection of silent film posters ever compiled,” Heritage Movie Posters Associate Director Zach Pogemiller said. “You have to remember, not too many people focused on that specific era. In addition, movie posters were not made to be collected. They were meant to promote films and eventually be thrown away or destroyed, so there weren’t many made, and most of those that were made were not kept.

“On top of that, the period most people think of as the ‘silent film era’ ran from about 1911-29 – meaning some of the posters in this collection are over 100 years old. They’re basically antique paper, and again, if they were kept at all, they often weren’t stored very carefully, so the fact that they still exist at all is remarkable.”

The auction is topped by a King Kong 1938 rerelease one-sheet, notable for being the only poster with Kong carrying Fay Wray in his hand, The New Frontier three-sheet featuring John Wayne, and one of just two copies of The Grim Game one-sheet for the thriller starring Harry Houdini in his first feature film.

Heritage is offering over 50 lots from Charlie Chaplin movies, including The Kid standing style one-sheet, which according to previous owner Jack Larson, was Chaplin’s personal copy. Other Chaplin posters are a Shoulder Arms three-sheet (likely the only surviving example), The Kid embrace style one-sheet, and A Dog’s Life one-sheet (previously owned by Chaplin director and Jurassic Park star Richard Attenborough).

Additional featured lots are Disney rarities Alice Gets in Dutch one-sheet and Alice the Lumberjack one-sheet, The Jazz Singer (the first film with sound) 24-sheet, and a White Shadows in the South Seas Academy Award statuette, which is one of only 15 awarded to a silent film.