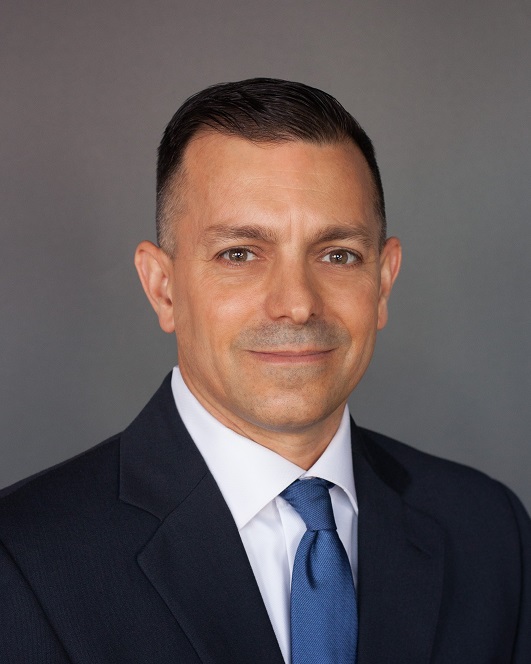 Dan Morphy, founder and president of Morphy Auctions, announced that Brian Manifor has been named the Firearms Acquisitions & Promotions Specialist. For the past four years, Manifor has served as a consultant to Morphy’s, utilizing his exceptional knowledge of Gold Rush, Western, and Indian relics and art.

“As part of Morphy’s firearms expert team since 2018, I’ve focused on US martial long arms and pistols, cannons, frontier and Indian war items, US militaria from 1776 through 1945, and cowboy bits, spurs, bridles and saddles,” Manifor said. “I have a passion for deep historical research that articulates each item’s full story in a catalog description. It’s a commitment I find very rewarding because when you give bidders the background and details they want, they bid confidently, which serves to maximize the value for our consignors.”

Manifor’s own lineage is steeped in American history. A fifth generation Californian raised in the historic Gold Rush town of Nevada City, he can trace his family tree to immigrants who arrived on American shores in 1632. His sixth great-grandfather was Chief of Scouts for the famed Rogers’ Rangers during the French and Indian War and later fought at the Battle of Saratoga, with his son by his side. Manifor’s great-great-grandfather was with the 1st Wisconsin Cavalry, part of the detachment that captured the President of the Confederacy, Jefferson Davis. More recently, his family has produced distinguished veterans of World War II, the Vietnam War and the global war on terror. Manifor, himself, is a retired US Marine Corps infantry officer, as well as a former police officer and deputy sheriff.

Manifor earned a bachelor of science degree in Criminal Investigations and Management from California State University, Sacramento. He also attended the Marine Corps Command and Staff College in Quantico, Virginia, and is a graduate of the San Diego Police Academy in Miramar, California.

As Historical Officer of the 5th Marine Regiment and 1st Marine Division, Manifor advised, consulted and appraised for the Command Museum at the Marine Corps Recruit Depot, San Diego; the National Museum of the Marine Corps, the Hall of Champions Sports Museum, San Diego; and numerous regional auction houses. “One of my favorite career highlights was working with author Stephen Ambrose and Dreamworks Productions on an IMAX film featuring Pacific war veterans for the National World War II Museum in New Orleans,” Manifor said.

Manifor recalls that around age eight, he started acquiring English and German-made toy soldiers and wind-up vehicles, a pastime that would later inspire an interest in the real-life uniforms, weapons and insignia represented on his toy figures. But his greatest collecting influence was always his elders. “My grandfather was active in the antique automobile and racing arenas, and my father has actively collected Western relics and American Indian art and weapons since the early 1950s,” he said. “I was fortunate enough to travel to shows during the 1970s and ‘80s, meeting and being mentored by some of the legends of the gun collecting hobby who have long since passed on.”

Receiving his first center-fire rifle for his 12th birthday put Manifor on a lifetime course of marksmanship training and firearms handling, which served him well throughout the years he spent in the Marine Corps and law enforcement.

In his new, full-time role as Morphy Auctions Firearms Acquisitions and Promotions specialist, Brian will develop and execute strategies to support the Western states expansion of Morphy Auctions’ Firearms, Militaria and Edged Weapons Division. He will be attending trade and collector shows west of the Rockies, sourcing consignments, conducting on-the-road consultations and assessments, and picking up collections and select single items.

“For the past two decades Brian has provided authentication, appraisal and identification services to many well-respected auction houses, museums, estate liquidation companies and private collectors,” Morphy said. “He has contributed to countless historical books, publications and museum displays, and his own premier collection of pre-1920 Marine Corps artifacts has been featured in several important reference books. He is highly accomplished and respected in his field. I can think of no one else with a background quite like his and couldn’t be more pleased that he has chosen to join our firearms division at a time of such unprecedented growth.”