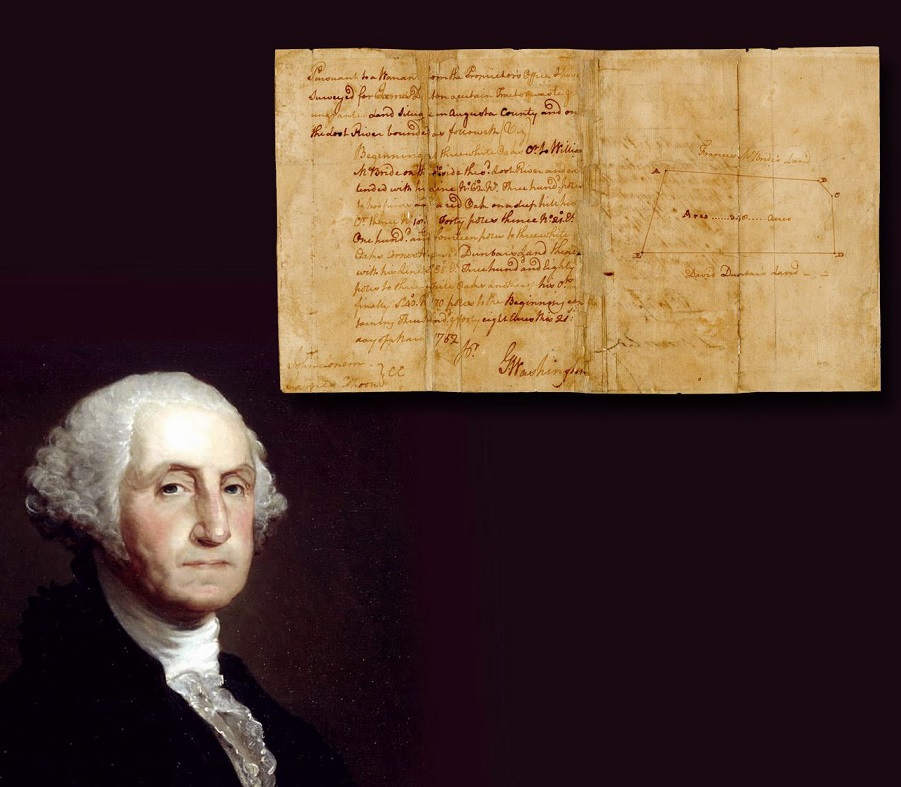 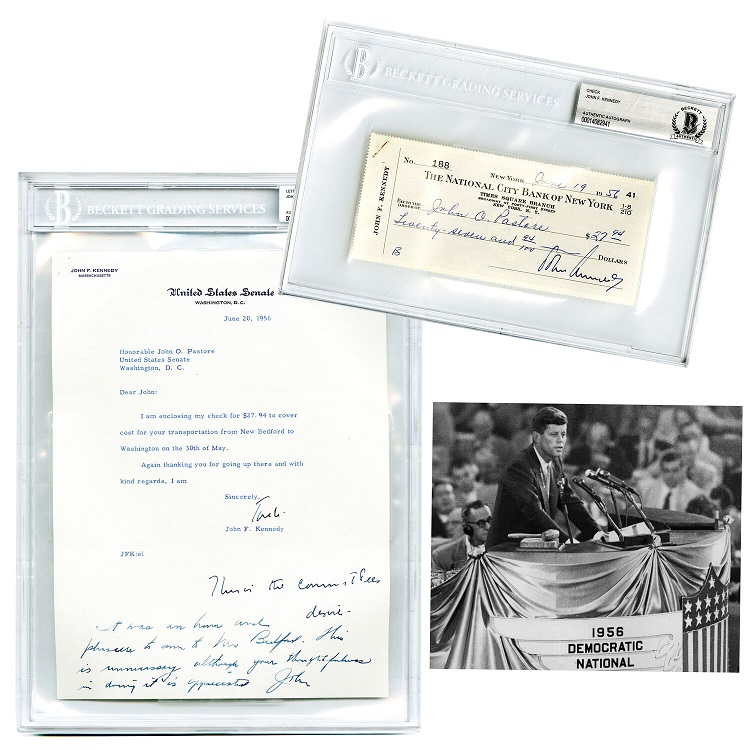 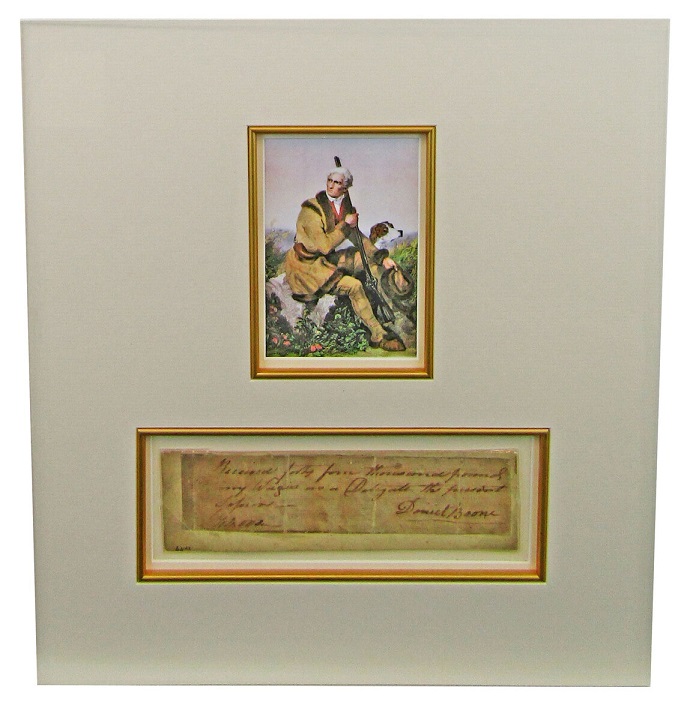 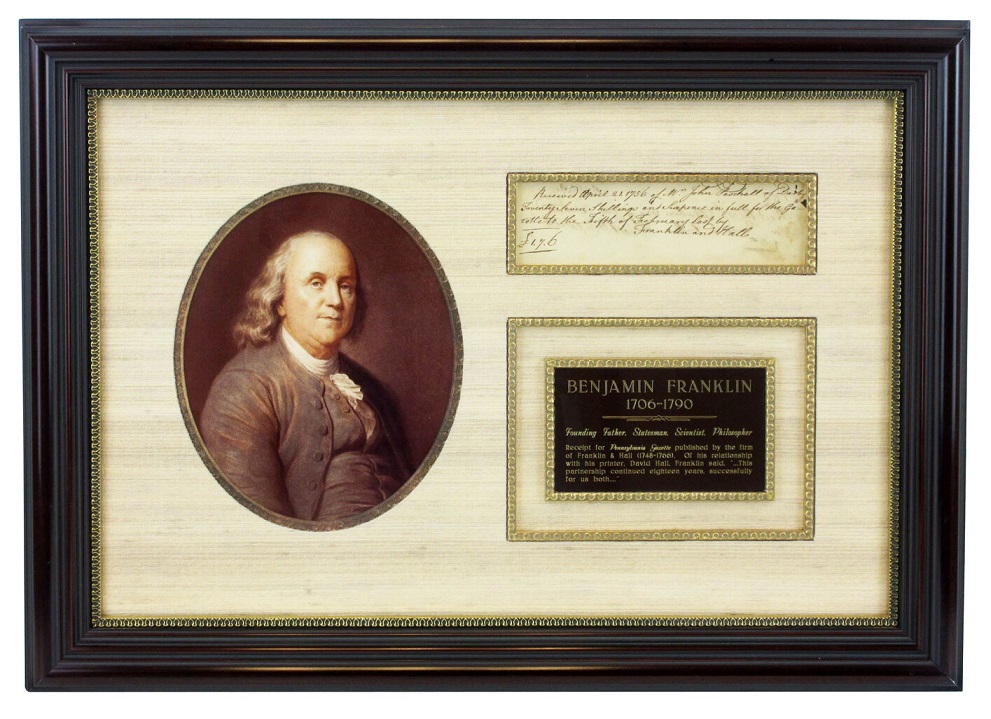 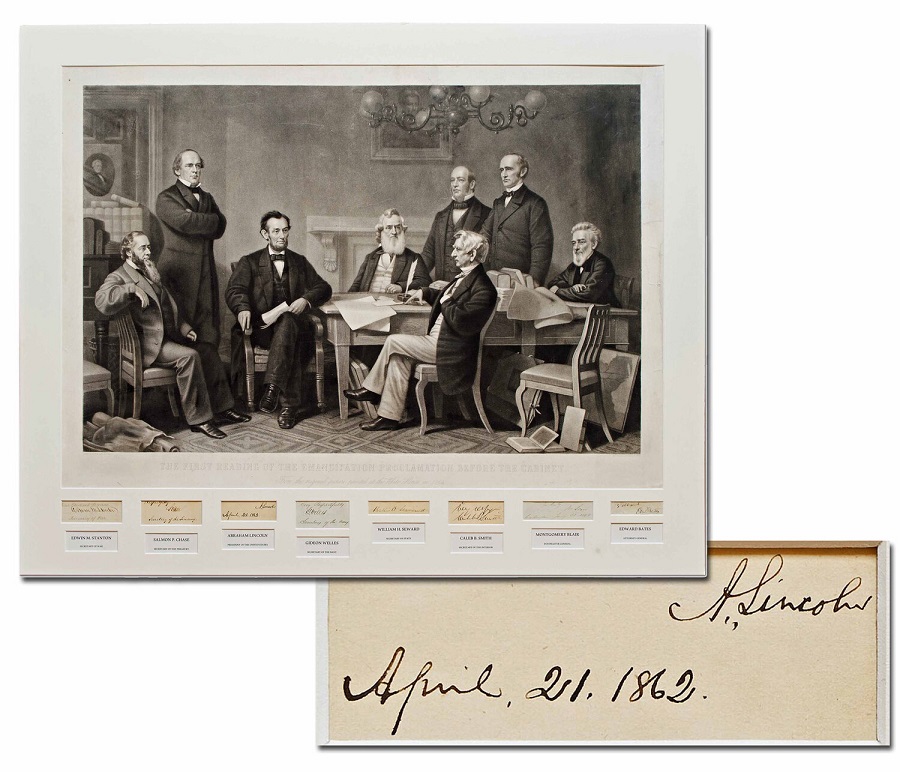 The Rare Autographs, Manuscripts & Books auction features historical material from multiple collecting categories. All 537 lots are up for viewing and bidding now (on www.UniversityArchives.com), plus LiveAuctioneers.com, Invaluable.com and Auctionzip.com. Phone and absentee bids will be taken, but there’s no live gallery bidding.

“At 537 lots, this sale is our largest ever, eclipsing the previous company record-holder, our 534-lot auction held January 6,” University Archives president and owner John Reznikoff said. “The sale boasts a spectacular variety of items representing the best of US presidential, early American and the Civil War/Western collecting categories, plus music, sports, art and literature.”

One of the earliest documents signed in George Washington’s hand (in 1752, the same year he inherited Mt. Vernon in Virginia, when he was just 21 years of age), a two-page front-and-verso survey of a 346-acre tract of land in Augusta County, should bring $20,000-$24,000. Washington had just returned from Barbados with his brother, where he’d contracted a mild case of smallpox.

A pair of items relating to John F. Kennedy’s political aspirations in the late 1950s will be sold as one lot (est. $15,000-$17,000). The first item is a signed personal check reimbursing travel expenses; the other is an accompanying typed letter, signed by JFK in the spring of 1956. Both are slabbed and authenticated by Beckett Authentication Services. Kennedy was a U.S. Senator from Massachusetts at the time, angling for the 1956 Democratic Vice-Presidential nomination.

A large pay receipt signed by legendary frontiersman Daniel Boone, sometime during his service as a delegate of the Virginia General Assembly (circa 1781-1791) is expected to bring $12,000-$14,000. The document highlights one of Boone’s often overlooked roles as a legislator. In 1781, Boone represented Fayette County, now in Kentucky but then part of Virginia, and was kidnapped in a British cavalry raid led by Colonel Banastre Tarleton. Tarleton’s targets were Virginia Governor Thomas Jefferson and more high-profile Virginia lawmakers, but he settled for Boone and six other legislators.

Benjamin Franklin engrossed and signed a receipt in 1756 for his Pennsylvania Gazette, the Philadelphia newspaper he had established in the late 1720s. Franklin collaborated with a Scottish printer named David Hall for 18 years, during which the Pennsylvania Gazette became politically aligned with the Patriot cause. The signed receipt should finish at $9,000-$10,000.

Lot 100 is an engraving of The First Reading of the Emancipation Proclamation Before the Cabinet, after Francis Bicknell Carpenter’s original oil on canvas. It is displayed above the assembled signatures of all eight figures depicted, including Abraham Lincoln, William H. Seward, Edwin M. Stanton and Salmon P. Chase, and has a presale estimate of $8,000-$10,000.

Lot 369, a 3pp autograph letter signed by George A. Custer, has an interesting connection to the 1876 Battle of Little Bighorn in that its author and its recipient, George W. Yates, were both 7th Cavalry officers killed there. Custer’s lengthy signed letter was written at Fort Lincoln, Dakota Territory in June 1871. In it, he advises Yates to acquire well-bred Kentucky horses earmarked for cavalry use at reasonable prices (est. $9,000-$10,000).

Jefferson Davis, exiled in Canada in April 1868, wrote a letter signed to fellow Confederate John Taylor Wood about his ongoing federal prosecution case (not resolved until Grant’s Christmas Day amnesty of that year), and about the economic distress of black freedmen that he had witnessed during a recent trip to the Deep South. The letter, in which Davis justifies attitudes that he held towards blacks prior to the Civil War, is expected to garner $6,000-$7,000.

Lot 259 is a promissory note inscribed with over 25 words and signed by Benedict Arnold in 1771, four years before the Revolutionary War and nine years before his defection to the British side. The receipt was for building supplies, boards and “parcell staves” and was probably penned in New Haven, CT, where Arnold had lived as a prosperous merchant (est. $4,500-$5,500).

A two-page letter written and twice signed by JFK assassin Lee Harvey Oswald (as “Lee”), dated December 13, 1961 and sent to his mother from Minsk (today the capital of Belarus), saying, “if we finally get back to the states…maybe we’ll…settle in Texas”, should command $6,000-$7,000.

A copy of the Bob Dylan double-album Blonde on Blonde, circa 1966, signed by Dylan (as “Bob Dylan”), with a certificate of authenticity from Dylan’s manager, Jeff Rosen, from the stock of the two gentlemen, 12-1/4 inches square, in near-fine condition, is expected to hit $4,500-$5,500.

University Archives is actively seeking quality material for future auctions. Anyone who has a single item or a collection that may be a fit for a future University Archives auction may call John Reznikoff at (203) 454-0111 or email him at john@universityarchives.com.

University Archives’ new offices are located at 88 Danbury Road, Suite 2A, in Wilton, CT. For more information about University Archives and the Rare Autographs, Manuscripts & Books auction slated for Wednesday, August 17 at www.universityarchives.com.