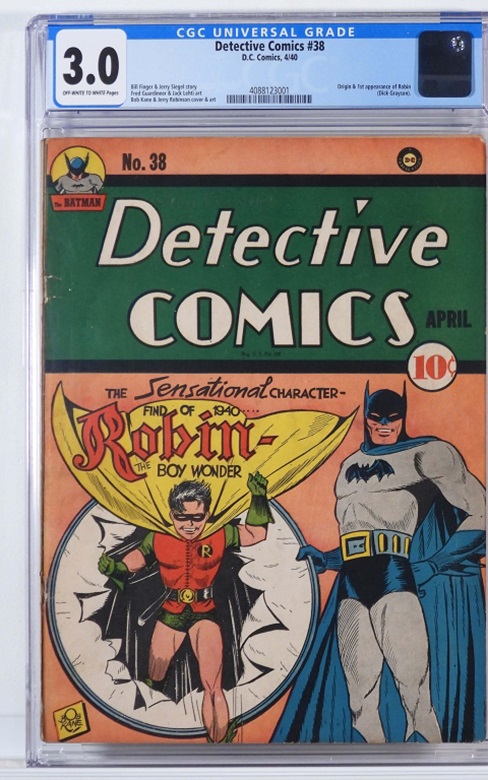 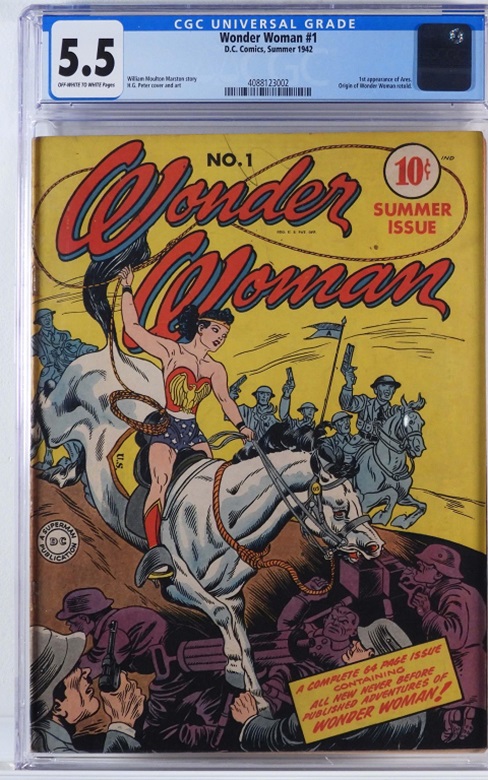 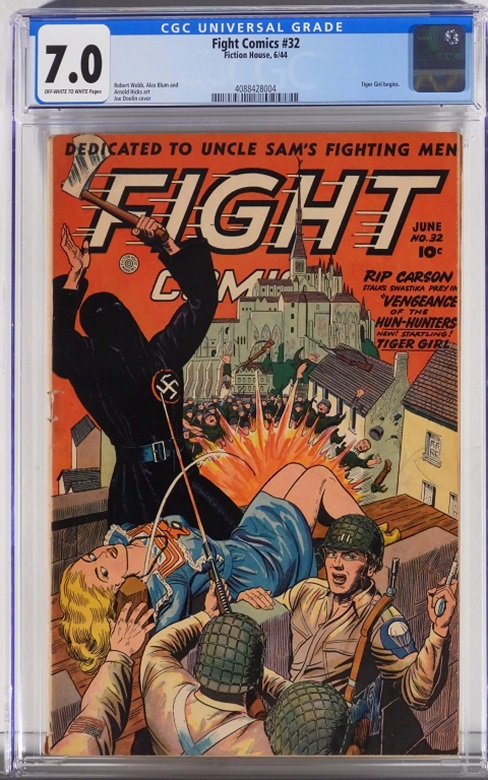 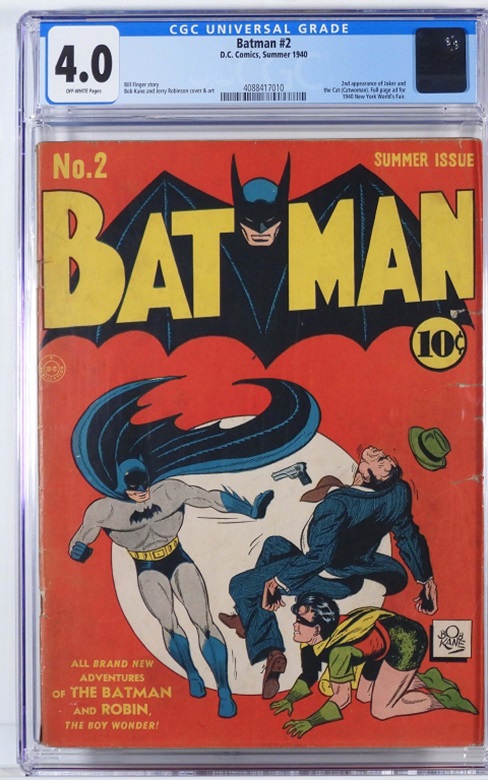 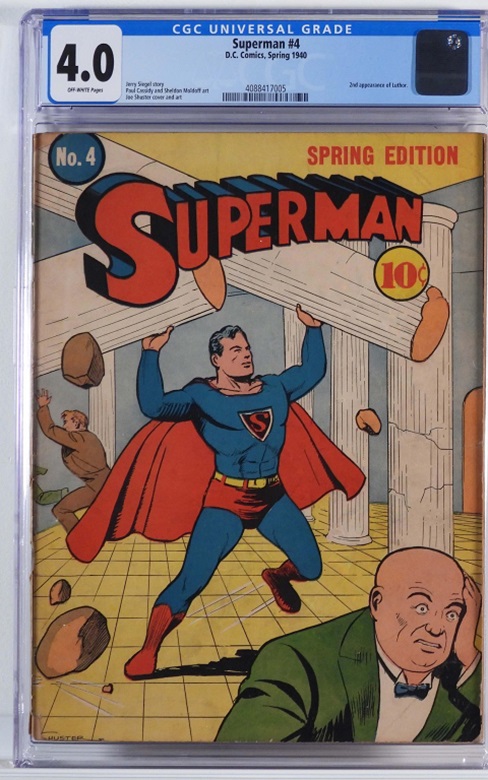 The Henry Anderson collection of Golden Age comic books – modest in size, at just 150 lots, but important in content, with comics that include Detective Comics #38 and Wonder Woman #1 will come up for bid on Saturday, October 1, 2022, by Bruneau & Co. Auctioneers, beginning at 10 AM ET.

The auction will be held online and in the Bruneau & Co. gallery. Born in 1931, Henry Anderson grew up in the Edgewood neighborhood of Cranston, RI, where he purchased comics from the local drugstore on Broad Street. From 1938 through 1947, he collected 163 comic books published by DC Comics, Dell, Fawcett, Fiction House, Harvey, and others.

Henry was mostly drawn to military comic books, having been nine years old at the start of WWII in Europe. Of all the titles he collected, he followed Fiction House Jumbo Comics and Wings Comics the most. However, he did dabble with superhero titles, too, including Batman, Detective Comics, Flash, Superman, and Wonder Woman.

As he grew older, the comics became a collectible of his past as he moved on to pursue stamp collecting with his father, a hobby he practiced for the entirety of his life. While Henry was actively acquiring stamps, his comics remained safe in two metal boxes since 1947, until being consigned to Bruneau & Co. Auctioneers by his family earlier this year.

Detective Comics #38 CGC 3.0 features the origin and first appearance of Batman’s faithful sidekick Robin, The Boy Wonder. It’s ranked No. 24 on The Overstreet Top 100 Golden Age Comics list and is expected to realize $20,000-$30,000.

Internet bidding will be facilitated by LiveAuctioneers.com, Invaluable.com, bidLIVE.Bruneauandco.com and the mobile app “Bruneau & Co.” on iTunes or GooglePlay.

Previews will be held in the Bruneau & Co. gallery, located at 63 Fourth Avenue in Cranston, RI, on Thursday and Friday, September 29-30, from 9 AM to 4 PM ET. Doors will open on auction day at 8 AM. After this sale, Bruneau & Co. will conduct a Comic, TCG & Toy Auction on October 15.

To learn more about Bruneau & Co. Auctioneers and the sale of the Henry Anderson collection of Golden Age comic books planned for Saturday, October 1, visit www.bruneauandco.com.