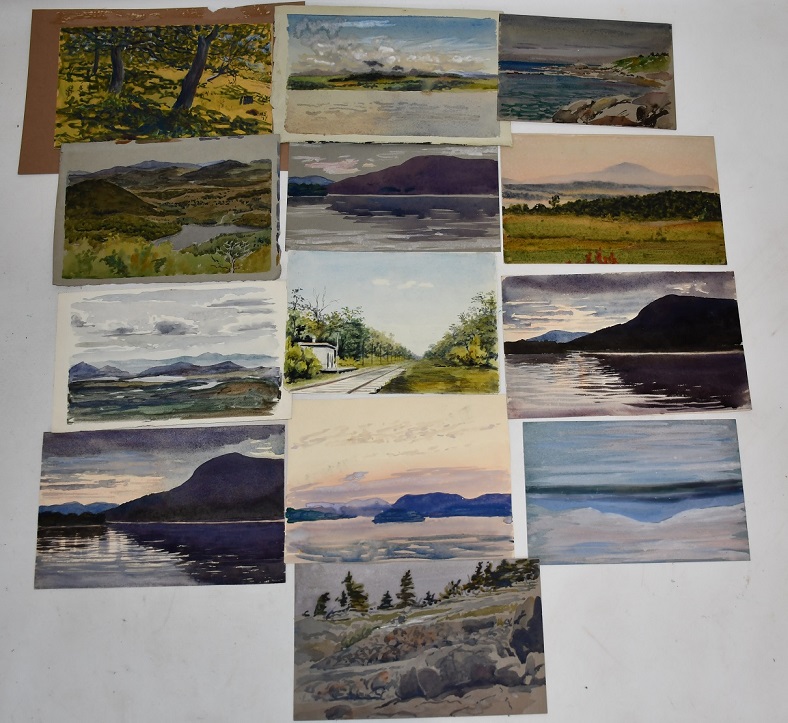 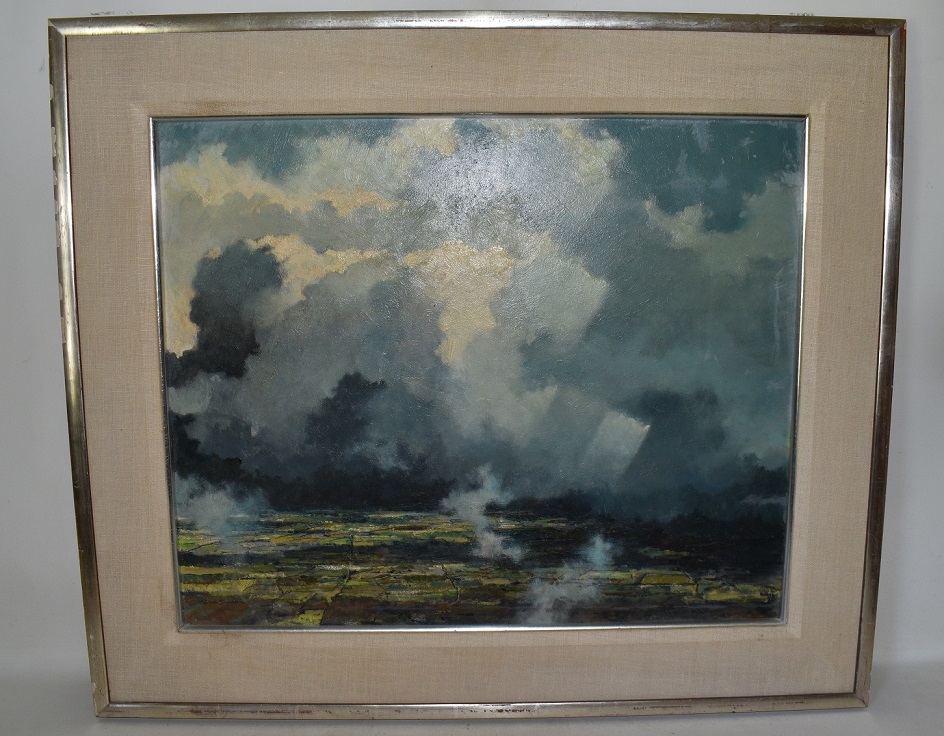 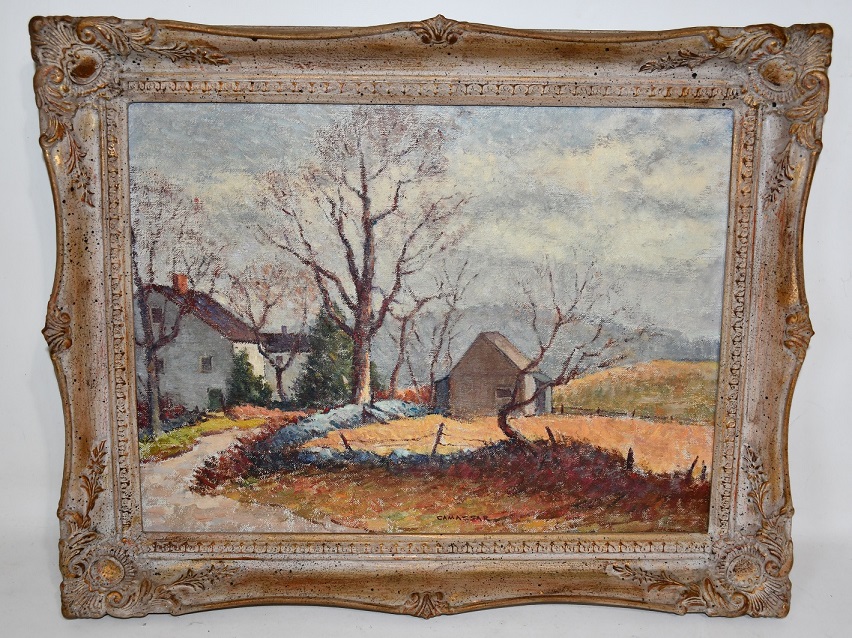 Five furnishings by Vladimir Kagan that once decorated Apartment 30 of the legendary Dakota apartment building in New York City, a Pablo Picasso vase for Madoura and a book written, illustrated and published by Edward S. Curtis will all be part of a two-session auction on Saturday, October 15, 2022, by EstateOfMind, online and live in the firm’s Middletown, NY gallery.

The five furnishings signed and designed by Kagan (1927-2016), the renowned German-born American furniture designer, include three sectional free-standing fabric and Lucite sofas, one an Omnibus (all circa 1940); a glass, chrome and steel coffee table (circa 1969-1970); and a wood and Lucite zebra floor lamp (circa 1960-1970). These will be offered in Session 2, at 11 AM ET.

Session 1, starting at 10 AM ET, will kick things off with estate firearms, ammunition and militaria – about 90 lots in all. Session 2, at around 11 AM, will contain approximately 575 lots, with highlights coming from Warwick, NY to the heart of Manhattan. These will include fine art, Mid-Century Modern, fine jewelry, coins, a collection of stoneware, sterling silver, and more.

Online bidding is via LiveAuctioneers.com/Estate-of-Mind and Auctionzip.com (ID #11093).

Certain to pique bidder interest is the rare volume written, illustrated and published around 1913 by Edward S. Curtis (American, 1868-1952), titled The North American Indian. Curtis was a photographer and ethnologist whose work focused on the American West and Native American people. He was largely forgotten upon his death, but interest in Curtis’s work has since revived.

Also expected to do well are the Pablo Picasso ceramic decorated vase (or pitcher) for Madoura Pottery, 12-1/2 inches tall, executed circa 1955; and an oil on canvas painting signed by the Old Lyme Association artist Gershon Camassar (CT, 1908-1995), done around 1950-1960, titled Gallagher’s Farm (circa 1950). This is just one of five paintings by Camassar in the auction.

In addition to the Kagan pieces, furnishings will feature an 18th century Hudson Valley cherry tavern table with drawer; a circa 1912 J.G. Stickley davenport bed; a circa 1960-1970 Danish modern organizer cabinet; a set of twelve Chippendale style mahogany and leather armchairs signed Hancock & Moore; a pair of L. & J.G. Stickley armchairs; and many modern pieces.

Also offered will be an amazing archive of material pertaining to the artist Holmes Smith (1863-1943), who was active in Missouri, was a professor of art at Washington University in St. Louis and was known for his landscapes and marine paintings. The archive includes personal diaries, photographs, numerous watercolors, sketches and sketch pads.

The Holmes Smith watercolors include circa 1900 landscape and river studies, some bearing his signature or estate stamp. Other artworks will include an oil on Masonite signed by Eric Sloane (American, 1905-1985), titled Rainy Day/Sunshine (1950). Eric Sloane was a noted landscape painter, illustrator and author of illustrated books on the cultural history and folklore of America.

Also up for bid will be a portfolio of original watercolor plates for a book by Arthur Guptill (American, 1891-1956); and lithographs Alexander Calder (American, 1898-1976), who was known primarily for his kinetic mobiles; Joan Miro (1893-1983), the Spanish painter, sculptor and ceramicist; and Jean Arp (1886-1966), the German-French Dadaist and abstract artist.

Jewelry and watches will feature an Omega S/S Constellation wristwatch, circa 1950; a Benrus Sky Chief chronograph; a rare example by B.F. Gorden (a Middletown, NY watchmaker, size 18); and two Art Deco platinum and diamond engagement rings, circa 1940-1950; and an Etruscan style silver/14kt yellow gold and red coral jewelry set. Silver will be highlighted by more than 75 lots, including pieces by Tiffany and Georg Jensen, and coin silver, some sold in large lots.

Also up for bid will be a stainless steel and glass cocktail table (#6730) from an estate in Warwick, NY; and a large and rare Chinese gilt lacquered carved wood figure of Guandi, 30 inches tall, circa the 18th-19th century.

Session 2 will finish with a 50-year collection of H.O. and regular slot cars, sets and accessories; Hot Wheels (Red Line) and Match Box cars and equipment, circa 1960-1970.  Comic books will be represented with examples from the Golden to the Bronze Age (many in gradable condition).

Session 1, starting at 10 AM, will feature militaria and firearms, to include a Browning Arms over and under 28 gauge shotgun Ultra XS model; a Lee Enfield Mark III .303 British rifle, ser. #M28159 (this is an “Irish” Lee Enfield); a 19th century Japanese Wakizashi unsigned sword, 23 inches; a rare, circa 1861 Civil War colonel’s infantry color patch insignia; a Savage/Anschutz .22 caliber target rifle with a Simmons 6.5 – 20x scope.

A live, gallery preview will be held on Friday, October 14 from 11 AM to 5 PM and on Saturday, October 15 from 8 AM to 10 AM (all times Eastern), or by appointment. To schedule an appointment, call EstateOfMind at (845) 386-4403. EstateOfMind is located at 195 Derby Road in Middletown, NY. They will be accepting donations for the Vietnam Memorial Wall in Washington, DC.

EstateOfMind is always accepting quality consignments for future auctions. To inquire about consigning an item, an estate or a collection, call them at (845) 386-4403 or send an email to estateofmind2009@yahoo.com. To learn more about EstateOfMind and the two-session auction scheduled for Saturday, October 15, visit www.EstateOfMind.biz.