Tuesday, January 31, 2023
Scoop is a totally free e-newsletter, produced for the benefit of the friends who share our hobby!
Home 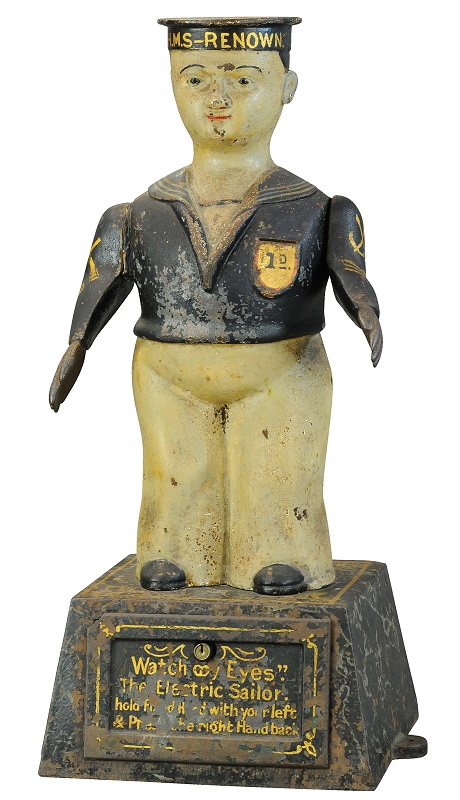 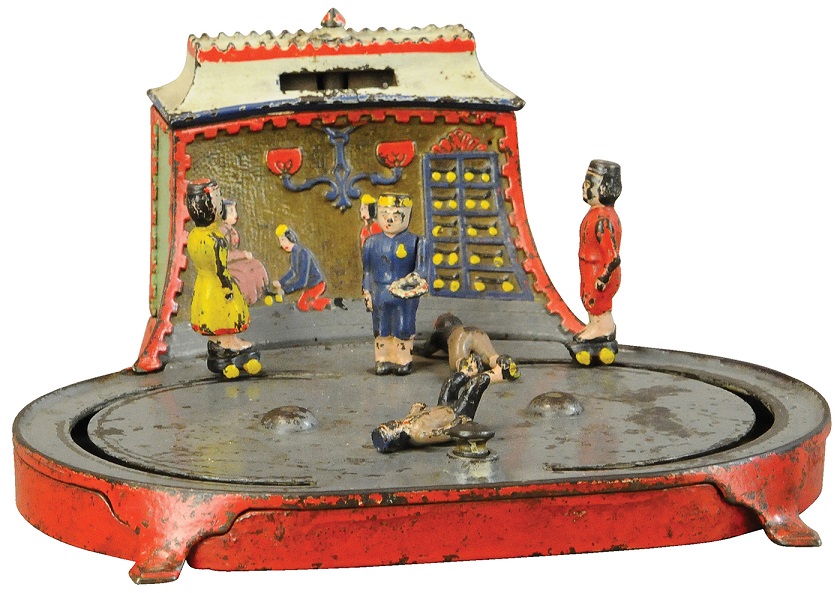 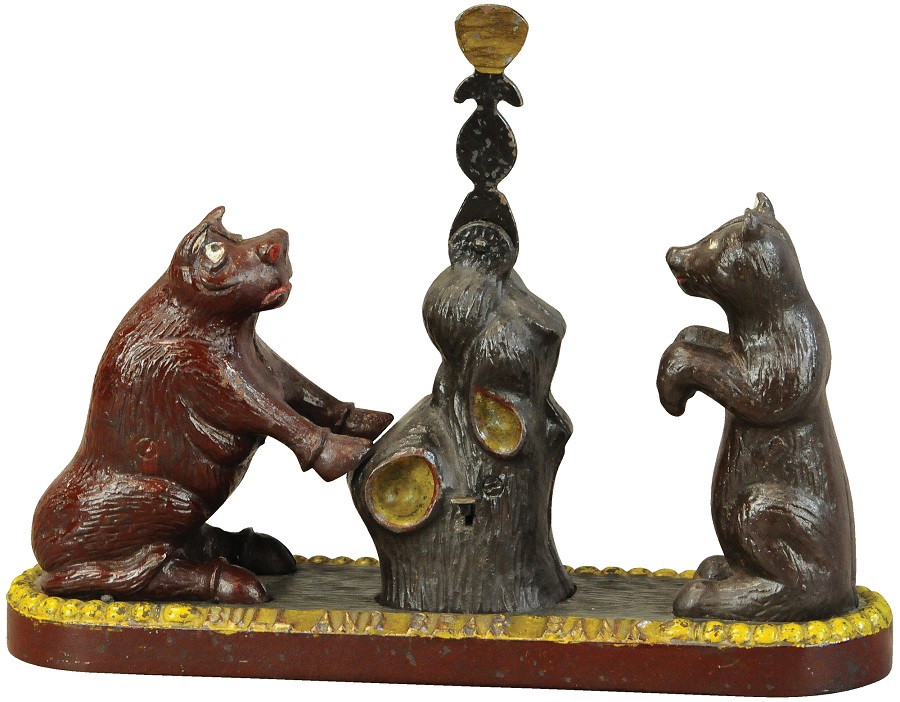 After the toy community had the excitement of bidding on treasures from the 60-year Aaron and Abby Schroeder collection in March and September 2021, only one question lingered: was there more? Indeed, there was. With a heady $5.7 million subtotal from last year’s events as its foundation, the third and final installment put the exclamation point on the series. On October 14, 2022, Bertoia’s presented “Abby’s Attic Finds,” a 500-lot discovery selection that added another $550,000 to boost the grand total to $6.25 million.

Proceeds from 100 of the October sale’s lots were earmarked to benefit the Entertainment Community Fund (ECF), a cause close to Abby and the late Aaron Schroeder’s hearts. The toys had been donated by the Schroeders to the American Museum of Antique Toys in the early 1980s; now they would generate a hefty contribution to a deserving nonprofit. In the spirit of charity, Bertoia’s also waived its commission so ECF could receive the full proceeds earned by the “museum” toys.

More than 150 mechanical and still banks, early clockwork and paper lithographed toys, candy containers, European tin toys, horse-drawn pieces and other rarities were offered at the auction. The top lot of the day was a Kyser & Rex cast iron Roller Skating mechanical bank in excellent condition. It easily swept past its $12,000-$18,000 estimate to reach $24,000. Also popular, a 1950s Mark Haber second casting of a J&E Stevens Bull & Bear mechanical bank sold for an above estimate $7,800.

Highlights from the perennially popular early American tin category included a 21-inch-long Ives clockwork alligator (patented 1875), pristine with its original box, $14,400 against a $5,000-$7,500 estimate; and an Althof Bergmann Mechanical Circus Rider clockwork hoop toy with the original figure and hoop, $6,000 against an estimate of $2,500-$4,500. Another American toy that outperformed was a colorful George Brown clockwork locomotive with the unlikely name “CUBA” stenciled on its boiler. It rose to $4,800 (est. $1,500-$2,500).

Equine toys consistently found favor with bidders. A circa 1900 Ride Around the Carousel toy, with tinplate horses and riders capable of rotating if connected to a steam engine or other power source, entered the winners circle at $6,600 (est. $400-$600). A Merriam 8-inch tin horse on wheels trotted out the door for $3,600 (est. $800-$1,200), with an elegant 19-inch Hull & Stafford horse drawn carriage keeping right in step and also selling for $3,600.

Opening the auction as lot 1 and ultimately leading the parade of European toys and novelties, a 25-inch-high Electric Sailor coin-operated arcade game presented in excellent condition with all-original paint. Made in Germany for the British market, the sailor’s jacket pocket was marked “1d,” meaning one English penny. His abilities included winking each eye and emitting a mild electrical buzzer shock, but his hidden talent turned out to be his charm in the auction room. Against an estimate of $3,000-$5,000, the sailor said “Anchors aweigh” at $8,400. Another very rare entry, a 7-inch-long Jewel Motion Picture kaleidoscope-form candy container, sold near the top of its estimate range for $6,600.

All prices quoted in this report are inclusive of buyer’s premium.