The latest round of Heritage weekly auctions features the first appearance of Doctor Strange, a Superman and Iron Giant illustration, and a copy of Tac-Scan for Atari 2600. The Comic Books Select Auction concludes on Sunday and Monday, January 29-30, 2023, the Video Games Mini-Boss Auction ends on Tuesday, January 31, and the Comic Art & Animation Auction closes on Wednesday, February 1.

In the comic auction, Heritage is selling the origin and second appearance of Morbius in Amazing Spider-Man #102 CGC 9.8. Featuring a cover and art by Gil Kane, this is 1 of 14 graded 9.8, according to the January ’23 CGC census.

Doctor Strange, the Ancient One, Wong, and Nightmare see their introductions in Strange Tales #110 CGC 3.0. Jack Kirby created the cover and Dick Ayers and Steve Ditko provided the art for this issue, which also includes the first Paste-Pot Pete and Wizard team-up.

The art auction is led by Darryl Banks, Romeo Tanghal, and Terry Austin’s Green Lantern #85 story page 7 original art with Kyle Rayner on the hunt – while he’s also being hunted. The ink over graphite page on DC Bristol board is signed by Banks on the upper margin.

A pair of superheroes appear on Eddy Barrow’s Superman and the Iron Giant illustration. The heroes portrayed in textures done in ink over graphite on Bristol Board, and the art is signed by Barrow on the lower area.

In the video game auction, Heritage is offering Tac-Scan WATA 8.5 A+ sealed Atari 2600 game published by Sega. Long before their Genesis, Sega produced this rare shooter for arcades in ’82, which was then ported to Atari a year later.

For the first time, Heritage is selling R: Racing Evolution WATA 9.6 sealed for GameCube. The obscure spinoff of the popular Ridge Racer series has several modes for play, and this version contains a Pac Man Vs extra disc that was designed by Shigeru Miyamoto (creator of Donkey Kong, Mario). 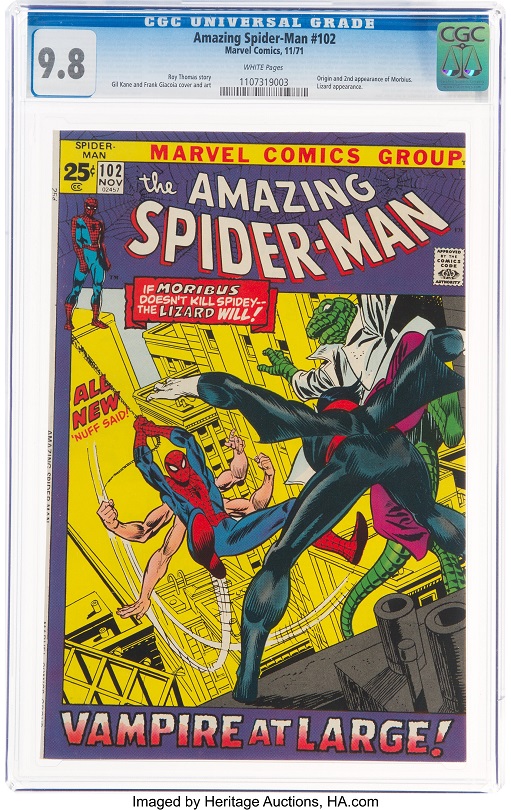 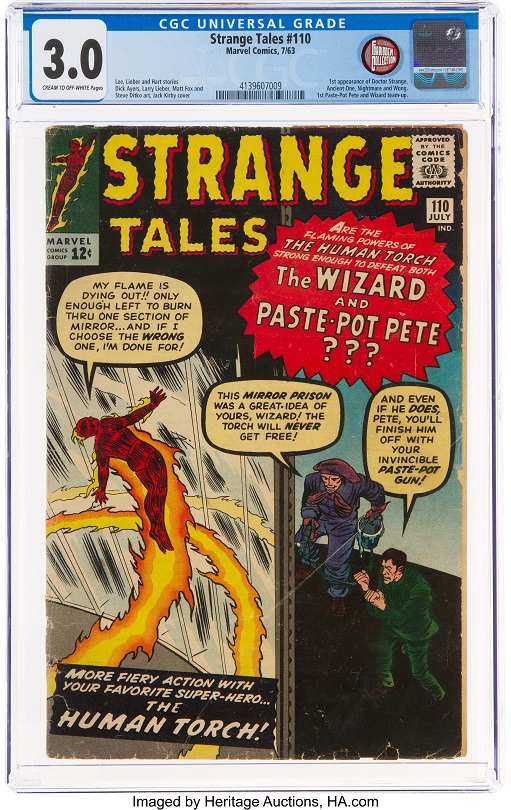 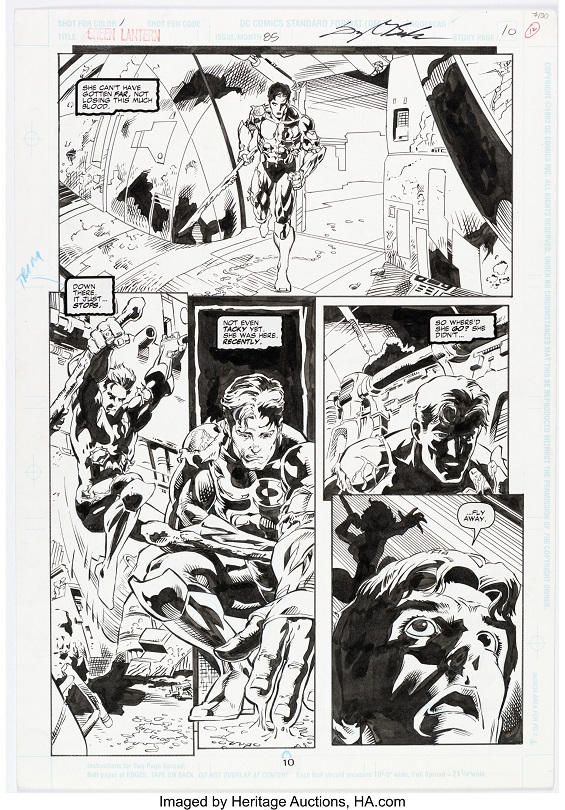 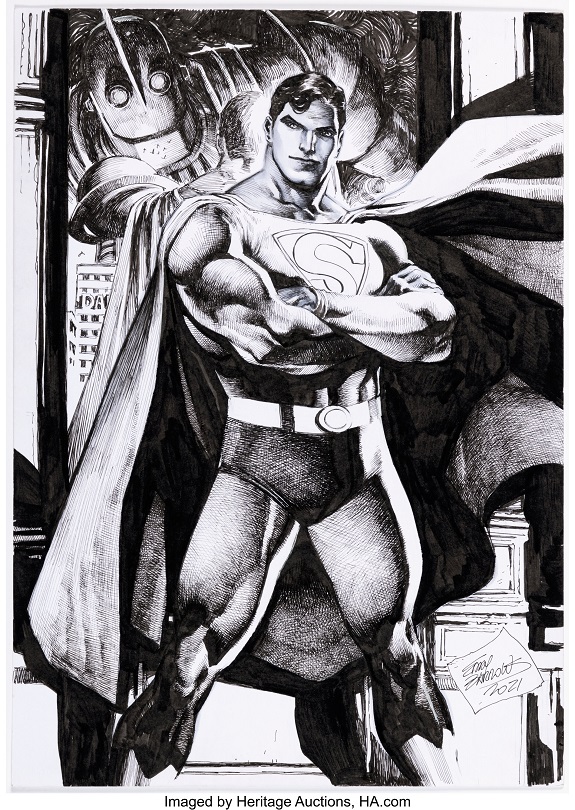 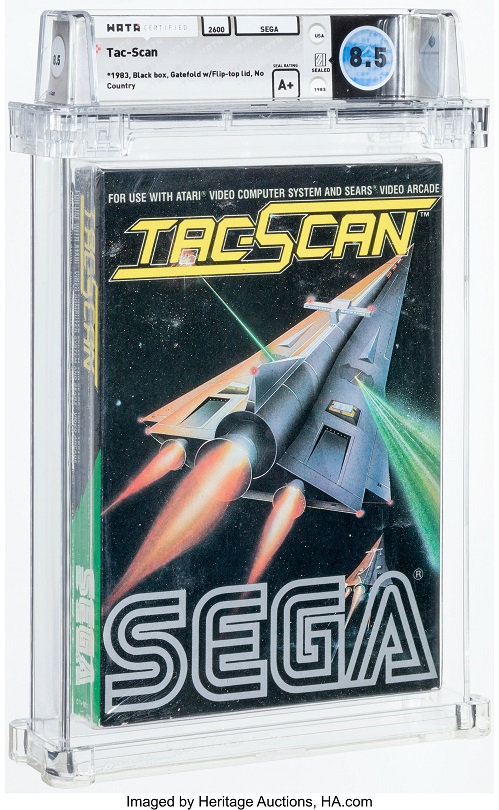 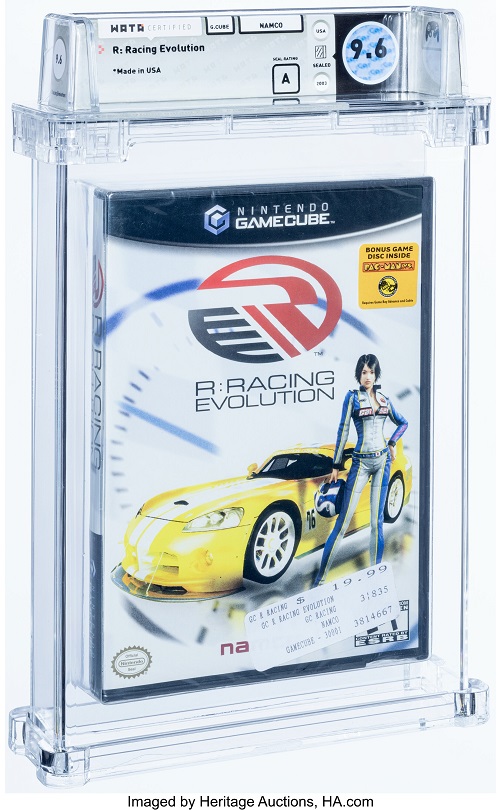