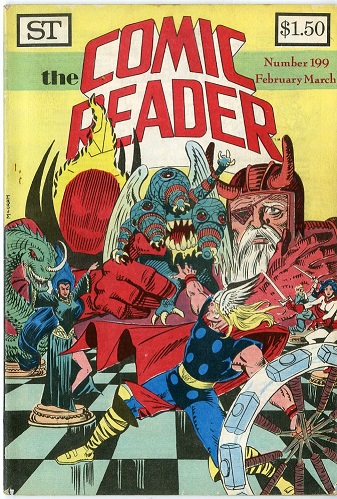 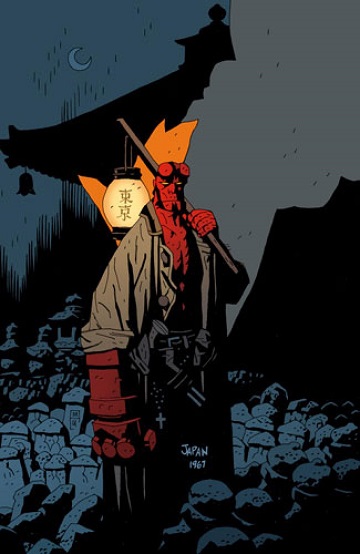 Any seasoned comic reader can readily tell you all there is to know about Hellboy, Cosmic Odyssey, or even The Amazing Screw-On Head. But just how much do you know about the powerhouse writer-artist behind them?

Mike Mignola was born on September 16, 1960 in Berkley, California. Mignola began his career working on spot illustrations and covers for The Comic Reader. By 1982, Mignola graduated from the California College of the Arts with a BFA in illustration. Following his graduation, he started inking for Marvel Comics on titles such as Daredevil, Power Man and Iron Fist, The Incredible Hulk, Alpha Flight, and Rocket Raccoon. Five years later, Mignola began assisting DC Comics, drawing for both Phantom Stranger and World of Krypton.

Throughout the '90s, Mignola was illustrating alternatively for both Marvel and DC Comics. In 1994, Mignola released his creator-owned project Hellboy: Seed of Destruction through Dark Horse Comics. Since its inception, Mignola has written for nearly every single title in the Hellboy franchise. Mignola has also worked hand in hand in all the Hellboy spinoff titles, from Abe Sapien to B.P.R.D. In 2007, Mignola teamed up with Christopher Golden to create the comic series Baltimore.

Eventually, Mignola transitioned from comics to the world of film. He worked as a production designer for Disney's Atlantis: The Lost Empire, and as a concept artist for Blade II and Pixar's Brave. Mignola also provided character designs for Batman: The Animated Series, and was closely involved in the Hellboy movie franchise.

Mignola's style has been described as "German expressionism meets Jack Kirby," and is often likened to an amalgamation of Jack Kirby and Alex Toth. Mignola won the Eisner Award for Best Writer/Artist four years in a row. In addition to three Harvey Awards for Best Artist, two for Best Cover Artist, and several Eagle Awards in various categories.

Without a doubt, Mignola's creative style in both illustration and story continues to be a standout in the comic industry.