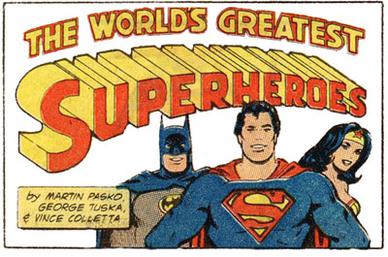 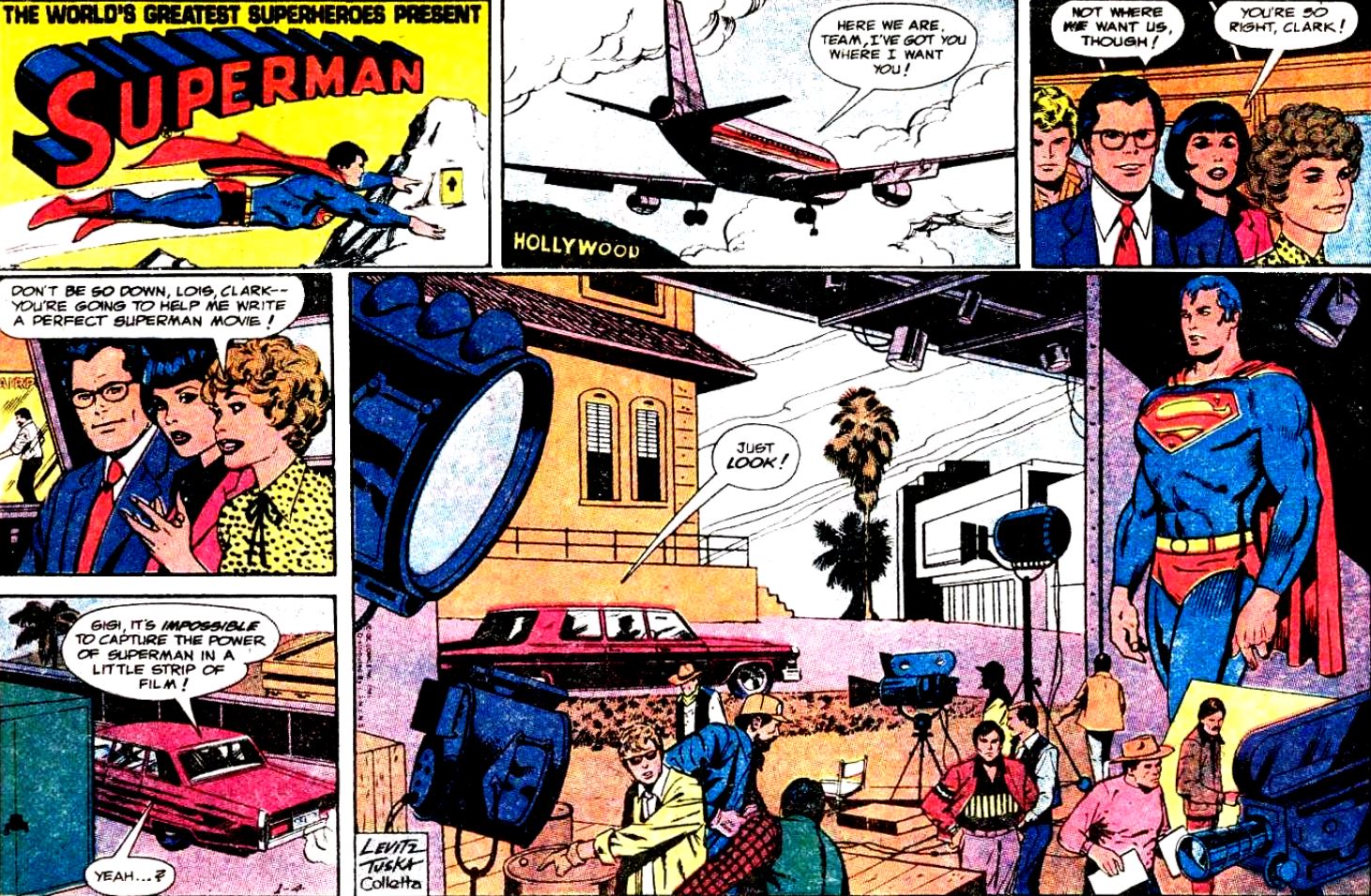 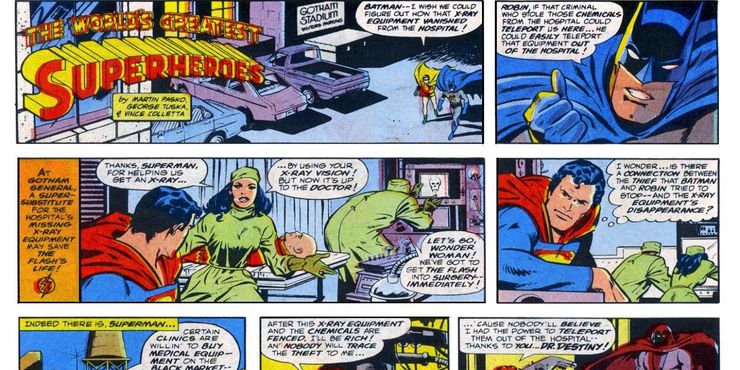 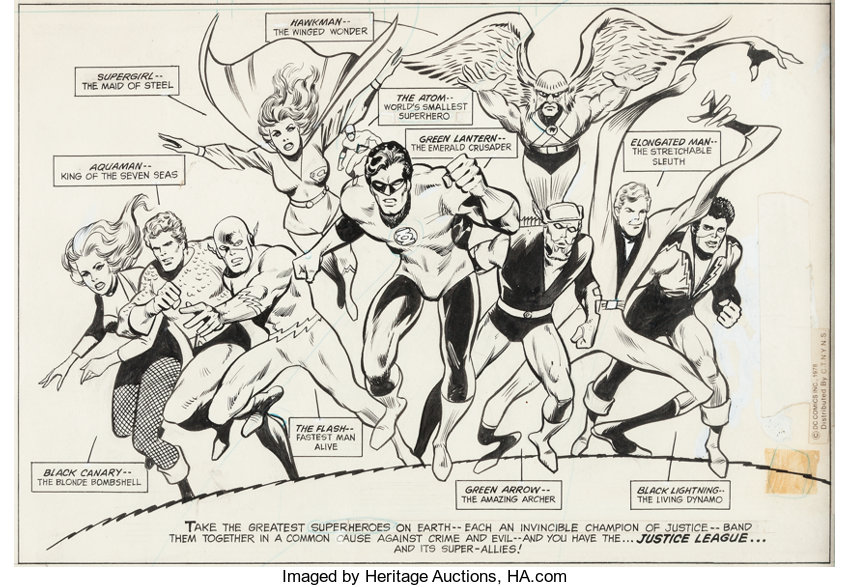 Over four decades ago, some of DC Comics’ biggest heroes joined forces for a syndicated newspaper comic strip and Sunday strip that ran for seven years in the Chicago Tribune/New York News Syndicate. How much do you know about this strip?

Unlike most strips of the period, the storylines in The World’s Greatest Superheroes packed in plenty of action. The debut storyline saw the heroes battling classic Justice Society villain Vandal Savage, followed shortly by Doctor Destiny. Amid the action of the early strips, Superman was shown behaving chauvinistically toward Wonder Woman while a bald Flash was in need of brain surgery. In later strips, Aquaman was replaced by Batman and Robin, with heroes like Black Lightning, Black Canary, Supergirl, Atom, Elongated Man, Green Lantern, and Hawkman introduced towards the end.

The strip ran until February 10, 1985, during which time the focus shifted to to feature Superman primarily. The title changed to The World’s Greatest Superheroes Presents Superman in 1981 with the Sunday strips becoming The Superman Sunday Special in 1983. Although the strip didn’t get a ton of fan press during its original run, the strip continues to be praised for its original stories, strong characterizations and early examples by some of the industry’s top creators. Original art from these strips always bring good results, with a piece by Tuska and Colletta selling for $3,346 in a 2018 sale from Heritage Auctions.