Jumping into 3D on the PlayStation 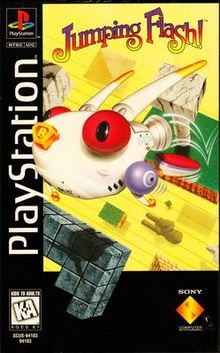 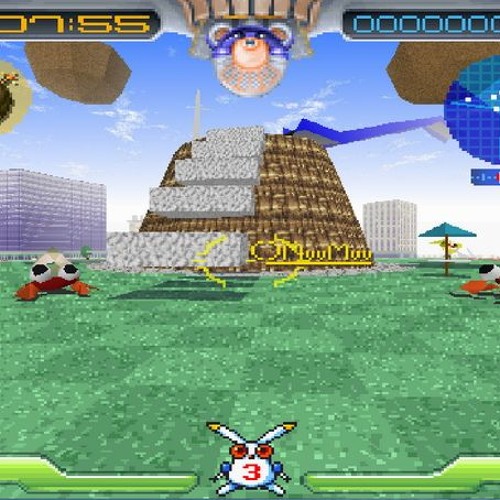 As the video game industry headed into the mid-1990s, the rapidly-evolving technology allowed for better graphics than ever before, including the first use of 3D, polygonal graphics. One of the first titles to make use of the advanced tech was Jumping Flash!, an early PlayStation game. Jumping Flash! celebrates its 25th anniversary this month, having debuted in April 1995.

The game has players taking on the role of a robot rabbit, named Robbit, who is controlled via a first-person perspective. The rabbit can freely move throughout the 3D space, with a focus put on jumping; Robbit can jump up to three-times in mid-air, which means he can reach high areas with ease. The game features six worlds, each of which have three levels, with a goal in every level to collect four jet pods that are scattered throughout the area. Robbit must avoid or fight enemies while collecting the pods, and must face off against a boss at the end of every world.

Jumping Flash! was first revealed under the title Spring Man in early 1994, and was meant to be a simple tech demonstration for the PlayStation console. This eventually evolved into a fully-fledged game. The development team used the same game engine as a Sharp X68000 home computer game, Geograph Seal.

The title received positive reviews upon release, with many publications citing the graphics as one of the biggest strengths. The exploratory 3D platforming gameplay was new for the era, and the game was awarded “Game of the Month” by Electronic Gaming Monthly.

Though Jumping Flash! was quickly overshadowed by more popular 3D platforming titles, its influence on how the 3D platforming genre could be explored cannot be denied. Many have called the game one of the most underrated and overlooked titles of its era. Sony eventually released two sequels, Jumping Flash! 2 and Rabbit Mon Dieu, the latter of which only ever released in Japan. The original Jumping Flash! was included in the PlayStation Classic throwback console release.