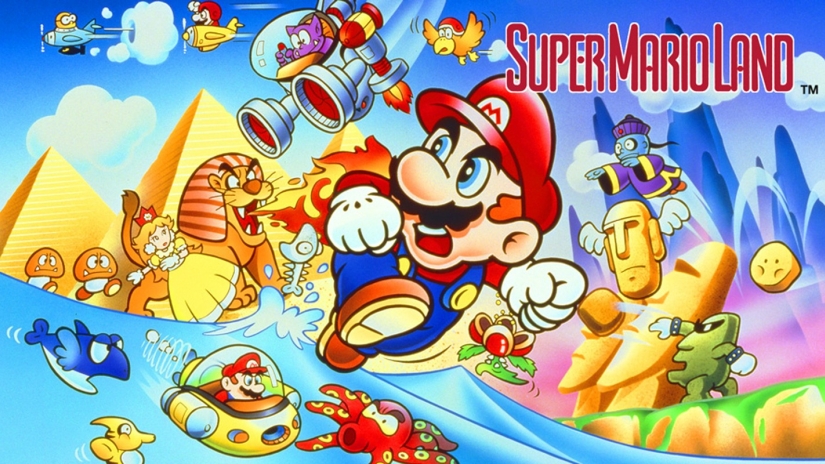 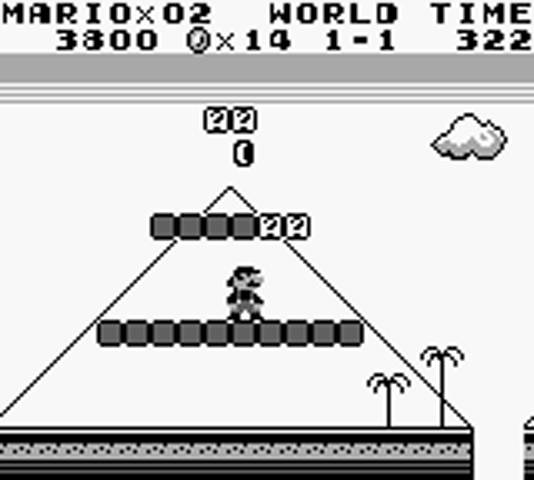 Mario had already enjoyed a number of adventures in the Mushroom Kingdom by 1989, but when Nintendo debuted their first handheld system that year, it was time for the plucky plumber to head to a new land. In Super Mario Land, which debuted on April 21, 1989, Mario heads to Sarasaland, a whole new region created for the title. There, he must rescue Princess Daisy from the evil Tatanga.

Super Mario Land featured similar gameplay to the likes of the NES titles that had come before it, with side-scrolling platforming action spread across a dozen different levels. Two of those 12 levels were quite different, though; they were Gradius-style shooters in which Mario pilots either a submarine or plane and must shoot down oncoming enemies.

Due to the original Game Boy’s technical limitations, the game ended up being somewhat short, though it did bear a unique style – Sarasaland was drawn in the backgrounds of the levels as line art, making it stand out in a cool way. Other changes from the NES Mario titles included changing the fireballs to bouncing balls called “super balls,” and changing the 1-Up mushroom to a heart.

Super Mario Land was a launch title for the Game Boy in Japan, and was created to be such – Nintendo wanted their company mascot to be the face of their new handheld gaming venture. Though Shigeru Miyamoto had handled Mario game development previously, Super Mario Land’s development was handled by Gunpei Yokoi, who had previously created the Game & Watch series. This meant that the Game Boy title was the first Mario game to not be developed by its creator, Miyamoto.

Though the game saw some criticism due to its short length, Super Mario Land was a significant success, and helped contribute to the overall initial success of the Game Boy itself. It eventually went on to sell more than 18 million copies worldwide, and saw two sequels on the Game Boy as well.