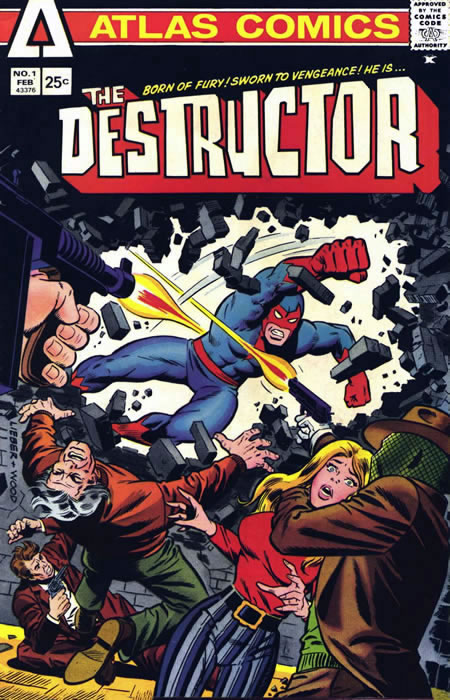 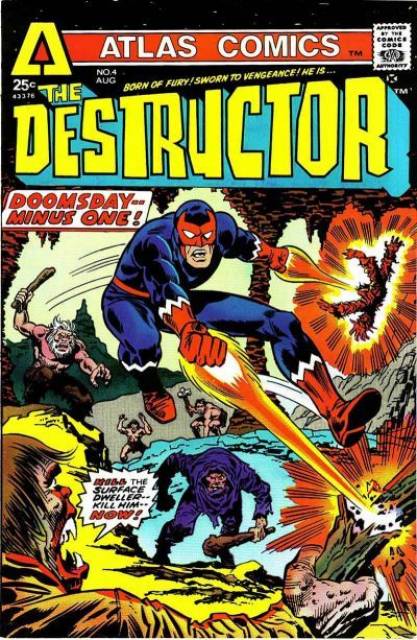 A lot of top notch creators dabbled at Seaboard Periodicals for their Atlas line in 1975, but if one were to pick the project with the best pedigree it might well be The Destructor. With a talent line-up comprised of Archie Goodwin (writer), Steve Ditko (penciler), Wally Wood (inker), and Larry Lieber (editor and cover artist), how could it miss?

Jay Hunter was a low-life, young thug-in-training. His father was a noble scientist trying to come up with a formula to expand man’s senses, to create a superhero. When Jay’s crime lord boss marked him for death, both he and his father were mortally wounded. There was enough serum for one. His father gave it to him. He became the Destructor.

Almost an anti-Spider-Man, he was shunned by his high school crowd because he used to shake them down for money. Otherwise, this one stuck pretty close to the Spidey formula, down to the oath at the end of #1.

The Destructor lasted four issues, making it one of the longest-lived Atlas-Seaboard comics. Goodwin stayed for three issues, replaced by Gerry Conway on the fourth. Ditko handled the art on all four with Wood inking the first two and Al Milgrom inking the fourth.

The Destructor could soon make a comeback on-screen. SP Media Group and Paramount Pictures have teamed with the Atlas Comics library, and its principal, Jason Goodman, to bring the characters to film and TV. More on that story can be found in our Industry News section.