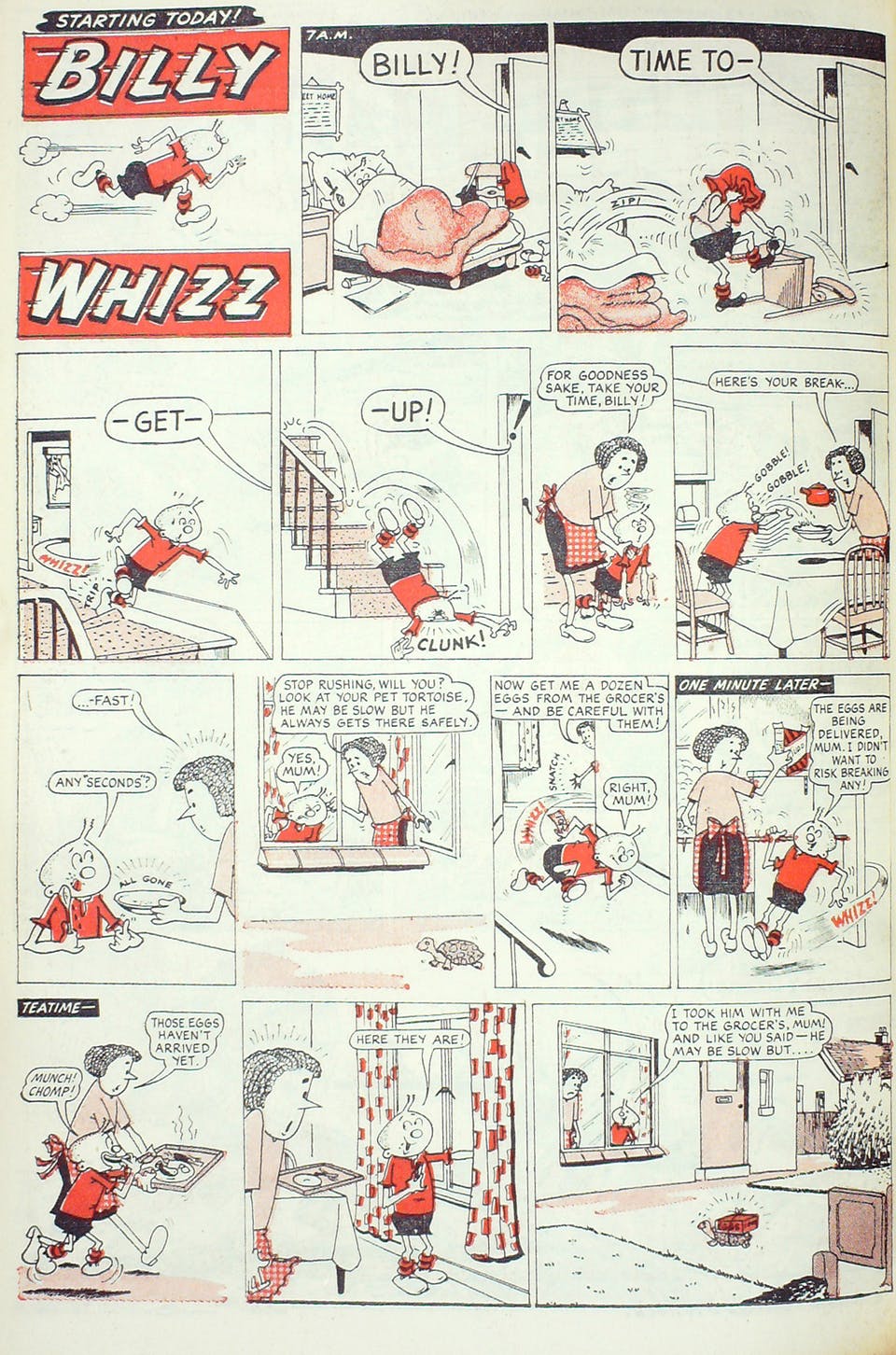 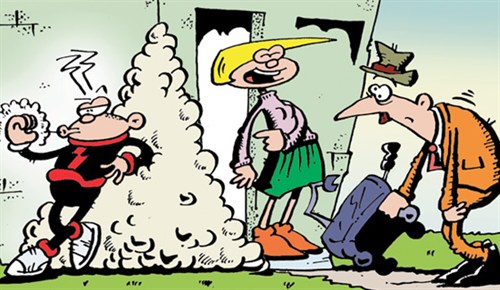 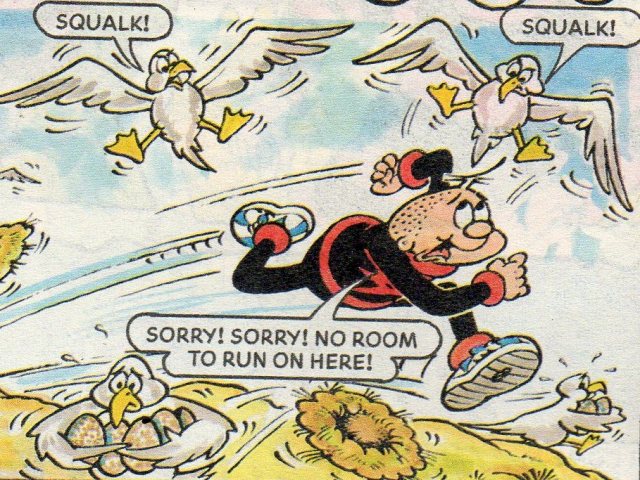 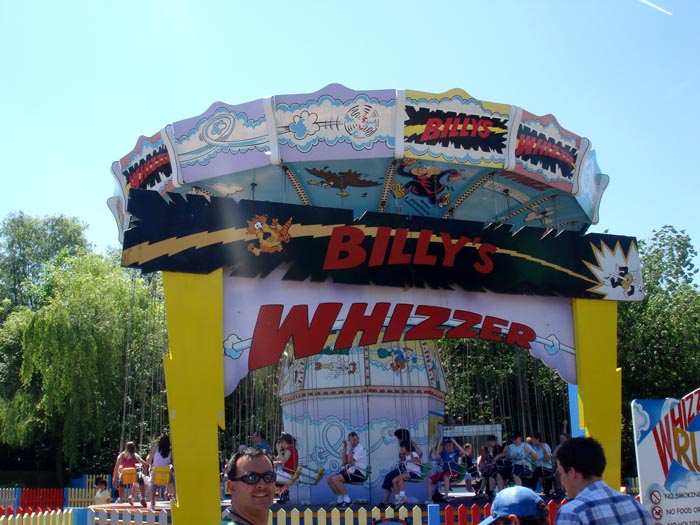 If you were to combine the accidental misadventures of Dennis the Menace with the super speed of Dash Incredible, you would get Billy Whizz. Despite appearing in the UK’s longest-running comic The Beano, the extraordinarily speedy little character is not very well known in the US.

Billy Whizz first appeared 55 years ago in The Beano #1139 on May 16, 1964, before starring in his own solo title. The strip was originated by Colonel Crackpot’s Circus’ Malcolm Judge, with later contributions from Barry Appleby, Steve Horrocks, David Parkins, Vic Neill, Wilbur Dawbarn, Nick Brennan, Wayne Thompson, and Danny Pearson. Billy is an ordinary little boy, save for one thing, he does everything at whizzspeed. This allows him to reach incredible speeds while running, but it also applies to any activity like reading or healing injuries. He can avoid sinking in the sea, and cross continents but be back home in time for tea.

This speed can often prove useful, although more often than not, it causes chaos for those around him. Unlike most of the Beano characters, Billy does not go out of his way to harm or annoy others. Any trouble Billy causes is usually done by accident and primarily due to his whizzspeed. Billy has a younger brother named Alfie Whizz who alternates between being shown as a normal boy and being just as fast as his brother.

Originally, Billy and Alfie were residents of Whizztown, however, this later changed and more recent strips place him in Beanotown. Like most children, Billy has a difficult time sitting still for even short periods of time. Much like other Beano characters, Billy does not have a set group of friends, usually appearing on his own or with his brother. Due to his kind nature and good heart, Roger the Dodger and even Dennis the Menace occasionally take advantage of Billy. In one story, Roger persuaded Billy to carry his books in an effort to slow him down.

Outside of comics, Billy starred alongside other Beano characters in the straight to DVD movie, The Beano Video-Stars. Robert Harrop Designs later crafted a popular Billy Whizz figure, featuring the character inside a bumper car. This figure remains highly sought-after by collectors of Robert Harrop and Beano characters. In 2000, with the opening of Beanoland at England’s Chessington World of Adventures, Billy had his own flying chair ride – unfortunately – called Billy’s Whizzer. Although this land was later refurbished into Wild Asia, Billy Whizz remains a UK favorite and continues to run full speed ahead.