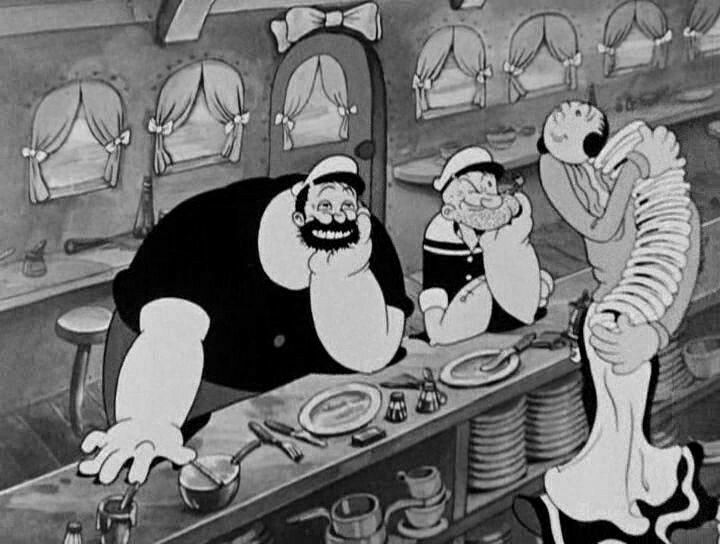 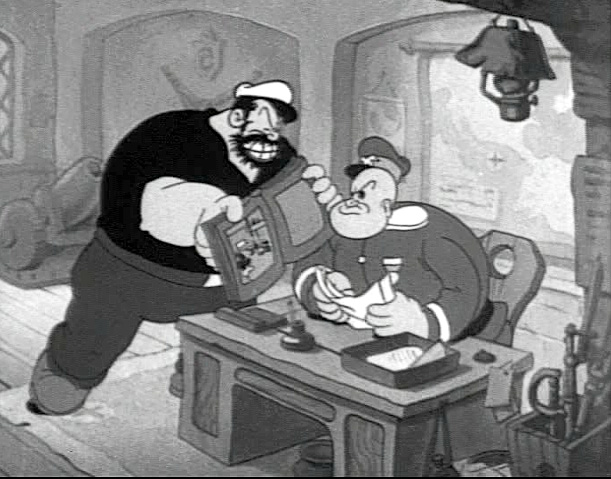 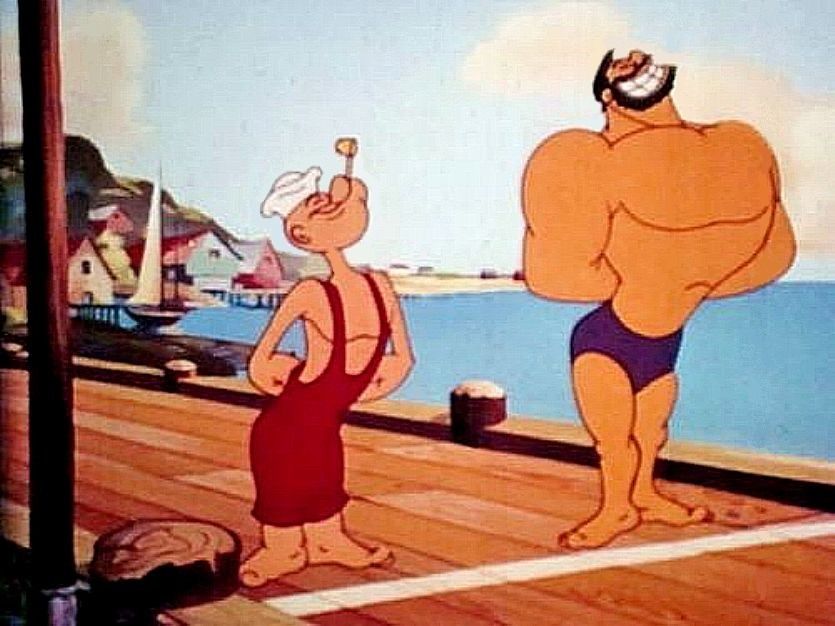 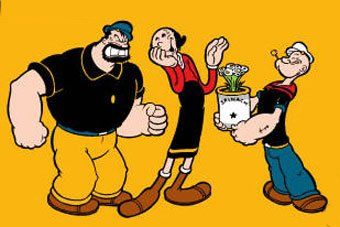 During the beginning of the 1930s, a one-eyed sailor and his special can of spinach took the comic pages and later the cartoon world by storm. Surely everyone has heard of Popeye the sailor man, but just how much do you know about the muscular bully who serves as Popeye’s longtime nemesis?

Bluto, created by Elzie Crisler Segar, made his debut in Thimble Theatre (later renamed Popeye) on September 12, 1932. He was initially introduced as a one-time character called “Bluto the Terrible,” but was adapted the following year by Fleischer Studios to be the main antagonist of their Popeye animated cartoon series. The cruel, bearded bully often uses brute force and trickery to accomplish his various goals. Bluto, like Popeye, is enamored with Olive Oyl, and his obsession often leads him to attempted kidnapping.

Although Bluto is incredibly muscular, his strength is portrayed inconsistently. Sometimes he is considerably weaker than Popeye, while other times Popeye stands no chance until he eats his spinach. Some cartoons portray Popeye and Bluto as Navy buddies, but this friendship is often cut short when an object of interest (usually Olive) is put between them. The cartoons have also depicted Bluto as a fellow sailor, generic thug, carnival hypnotist, sheik, and lecherous instructor, to name a few.

Bluto’s name was later changed to “Brutus” in the 1960s Popeye the Sailor television cartoon. His physical appearance was changed, making him morbidly obese rather than muscular. He later reverted back to Bluto for Hanna-Barbera's The All-New Popeye Hour, the 1980 live-action Popeye movie, as well as the 1987 Popeye and Son series. Aside from Bluto and Brutus, the bearded strongman has also been called “The Big Guy That Hates Popeye,” “A Big Brute,” “Mean Man,” and The Sea Hag’s “Sonny Boy.”

No matter his name, his muscular dexterity, or his motives, Popeye always makes the same promise to Bluto: “you can’t win, ‘cause you’re bad, and the good always wins over the bad.”