Link’s Smallest Adventure on the GBA 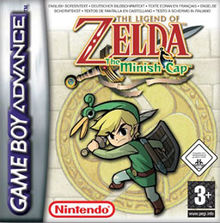 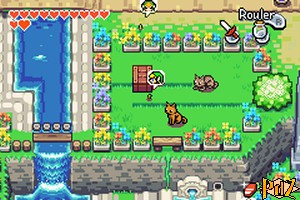 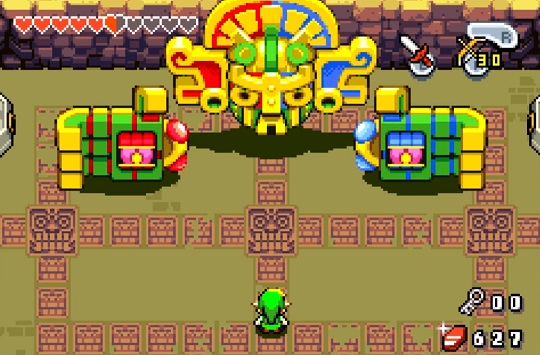 Link and Princess Zelda had enjoyed smaller adventures on handheld consoles previously, but it was The Legend of Zelda: The Minish Cap that truly shrunk things down for the first time when it arrived 15 years ago. First debuting in Japan and Europe on November 4, 2004, before making its way to the U.S. early the following year, the Game Boy Advance title had Link literally shrinking and growing in order to solve the mystery of the Minish.

The Minish Cap follows Link after he is tasked to find the diminutive Minish people, who can help him undo the evil set forth unto Hyrule by the evil sorcerer Vaati. Vaati – originally a Minish himself – had stolen a hat created by the sage Ezlo, used it to become a powerful magic user and turned Princess Zelda to stone. Ezlo was also turned into a hat by Vaati; Link encounters Ezlo in his hat form, and together they set forth throughout Hyrule.

Ezlo, in his hat form, has the ability to allow Link to shrink down to the size of a Minish, which allows him to travel to areas inaccessible by his standard sized form. However, being small has its disadvantages – raindrops become torrential downpours, and enemies that would otherwise be sliced down with a regular-sized sword take far more of a pounding from the miniature Link.

The Minish Cap was developed by Capcom for Nintendo, following their success in developing Oracle of Ages and Oracle of Seasons for the Game Boy Color. The game took inspiration from the Four Swords games (including the inclusion of the Four Sword itself), and helps provide the backstory for Vaati, who appeared as an antagonist in those titles.

The game was the best-selling title in its debut week in Japan, and within just five months had sold more than 1 million copies worldwide. It received critical acclaim for its graphical style, music and puzzles, though many critics were quick to point out that the game was quite short. Though the Minish have not been seen since The Minish Cap’s release, the game remains a fan favorite a decade and a half later.