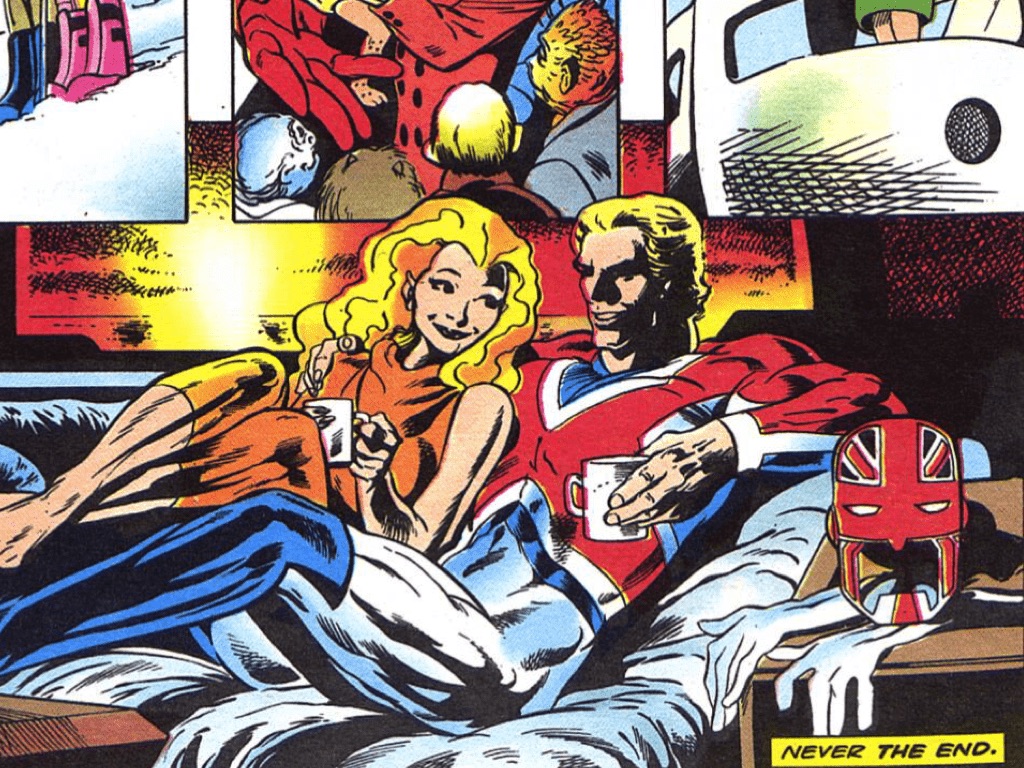 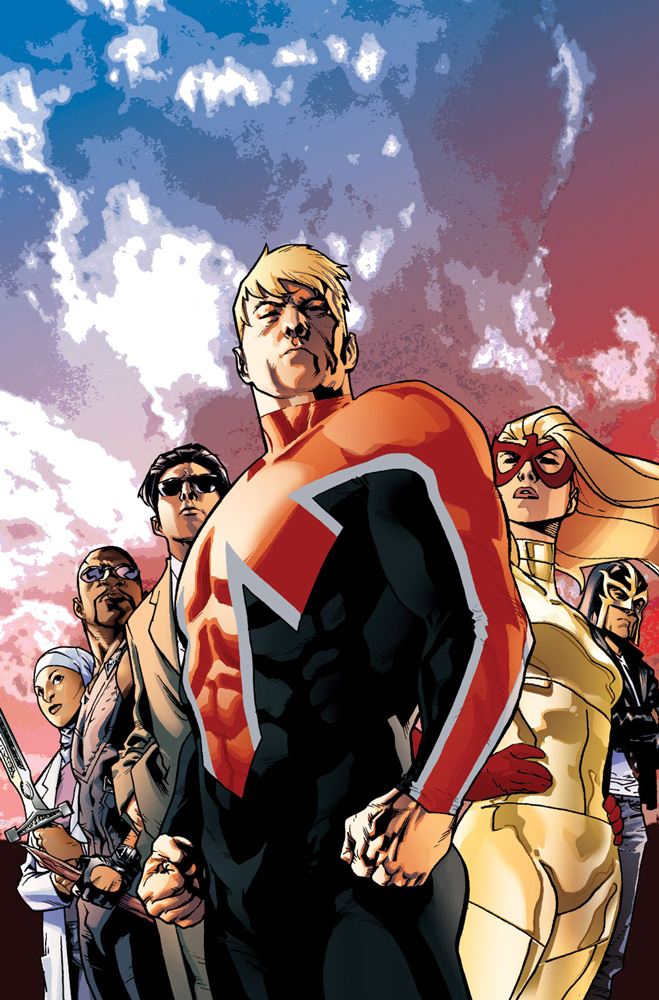 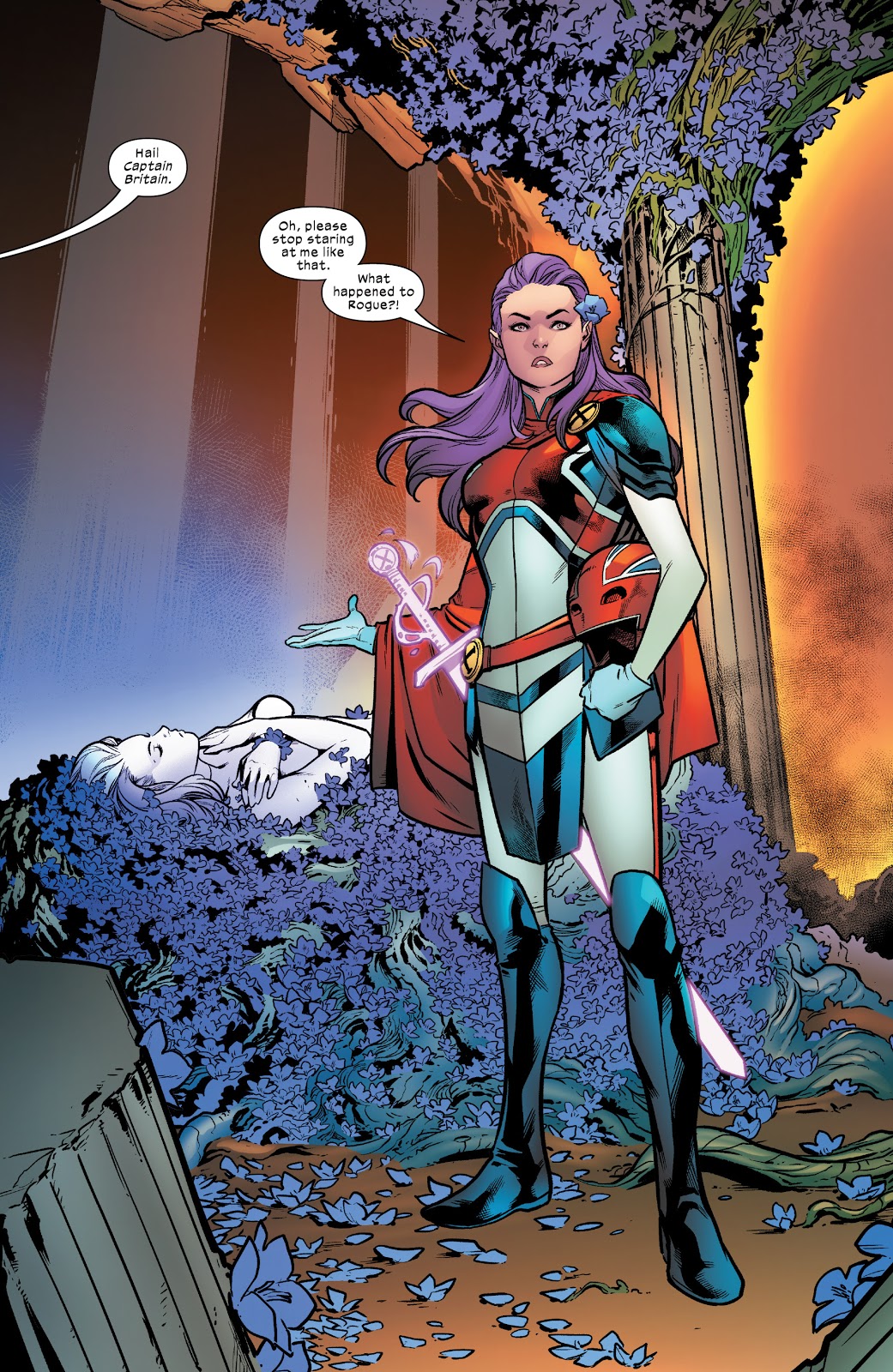 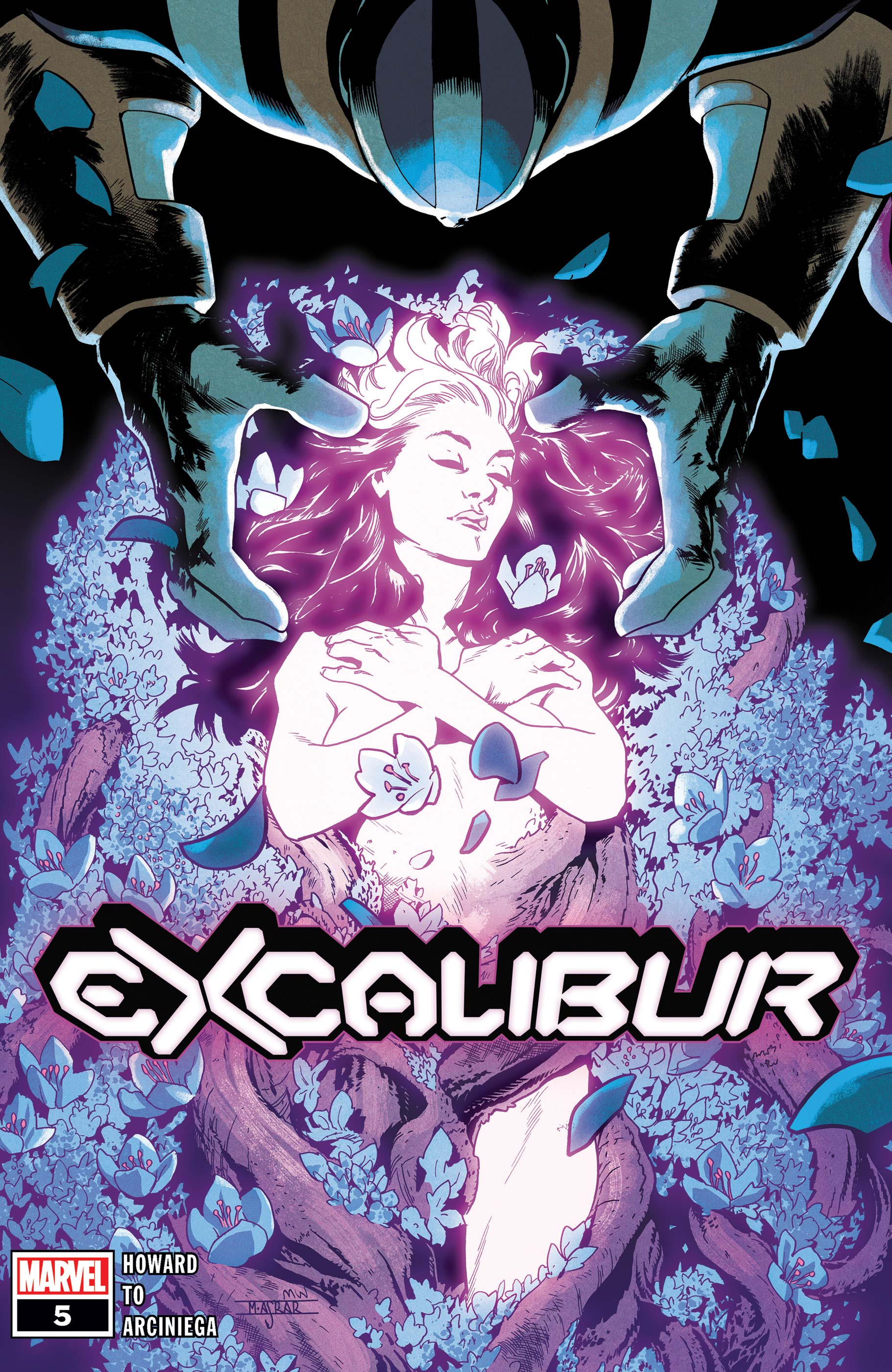 During the Silver Age, Marvel Comics imprint in the United Kingdom largely published content in black and white weekly reprint formats. But in 1976, the publisher debuted the first original property created by Marvel specifically for the British Isles. Do you know who this was?

Captain Britain, created by Chris Claremont, Alan Davis, and Alan Moore, made his first appearance in Captain Britain Weekly #1. Before he was a superhero, Brian Braddock was a shy and studious young man. Following his parents’ death in a supposed laboratory accident, Braddock accepts a fellowship at the Darkmoor nuclear research center. When the facility is attacked by the criminal The Reaver, Braddock escapes on his motorcycle to find help only to suffer a near-fatal crash. In a near-death vision, Merlin the Magician and the Goddess of the Northern Skies appeared and offered him a choice between the Amulet of Right or the Sword of Might. Braddock chose the amulet and was instantly bombarded with mystical energy.

He now possessed superhuman strength, speed endurance, agility, durability, reflexes, and senses. As well as force fields, energy beams, and flight. Braddock took on the job of protector of Great Britain, a counterpart to Captain America of the U.S., who he’d later meet. Captain Britain launched as a weekly comic book in October 1976 and ran 39 issues, ending in July 1977. At the end of his run, Captain Britain didn’t just disappear but was merged with the weekly Spidey reprint title Super Spider-Man, becoming Super Spider-Man and Captain Britain for a period.

The character went on to appear in Hulk Weekly, Marvel Superheroes, Daredevils, and Captain Britain Monthly. He also showed up in New York in Marvel Team-Up #65-66, before taking a more prominent position in the Marvel Universe in the X-Men family title Excalibur. In this latter series, Braddock formed the team alongside Nightcrawler, Shadowcat, Phoenix III, and Meggan to serve as Great Britain’s premier super team. Braddock later went through many different transformations, including presenting a darker more mature version in Knights of Pendragon and a slightly futuristic version in the Earth X series and its sequels.

More recently, Braddock’s twin sister Betsy – who is better known for her association with the X-Men as the precognitive mutant Psyclocke – adopted the moniker of Captain Britain for the relaunched Excalibur title as part of Dawn of X. When the Otherworld is rocked by war, a new era for mutantkind emerges. Alongside the new Captain Britain is Rogue, Gambit, Rictor, Jubilee and Apocalypse. The adventures of this newly formed roster continue in Excalibur #5, hitting shelves on January 8, 2020.