From the Land to the Skies in Star Fox 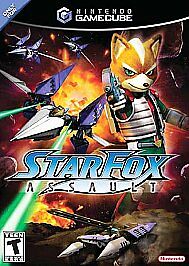 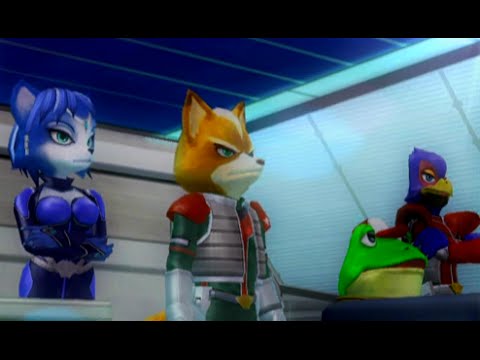 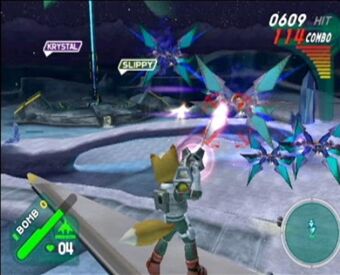 The Star Fox franchise saw new strides in terms of gameplay when it arrived on the GameCube, first with Star Fox Adventures and again, 15 years ago this week, with Star Fox: Assault. The title debuted on February 14, 2005, following Fox McCloud and his teammates as they try to save the Lylat System from a new, dangerous invading force.

Assault featured a mix of different gameplay styles; players could pilot a flying Arwing craft, a Landmaster tank on the ground, or take on certain mission tasks on foot. Arwing missions play out like classic Star Fox titles, with many on-rails space flying action (though some levels allow for complete freedom of movement). Landmaster levels always allow for total freedom of movement throughout the stage. On-foot missions turn the game into a more run-and-gun style of play.

The game follows the members of the Star Fox team – Fox McCloud, Falco Lombardi, Slippy Toad, and Krystal – who have recently defeated Andross. Oikonny, Andross’ nephew, has taken over the leadership of the planet Venom’s remaining forces and attacks. When Fox and his teammates go to attack Oikonny, they watch as he’s destroyed by a large insect-like creature that then turns on team Star Fox. They discover that the creature is an Aparoid, a race that previously attacked the Cornerian fleet. As Fox and crew continue to work on a way to destroy the Aparoids for good, they must also contend with team Star Wolf and other rivals.

Assault was first announced in 2002, with a plan for a release in 2003; however, after initial video of the game at E3 2003 was booed by those in attendance, the development team spent more time reworking the title to improve it. Reactions to the game were mixed, with many noting that the on-foot missions were particularly weak, though the Arwing and Landmaster missions were praised as being well-designed and fun. Assault would be the last console Star Fox game released for a decade, until the arrival of Star Fox Zero in 2015.