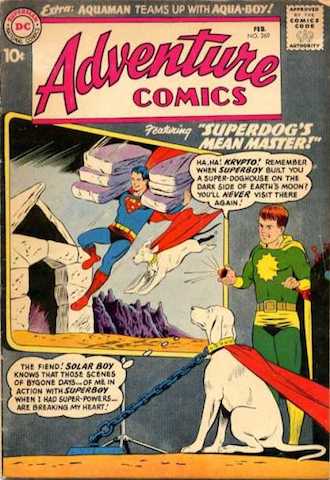 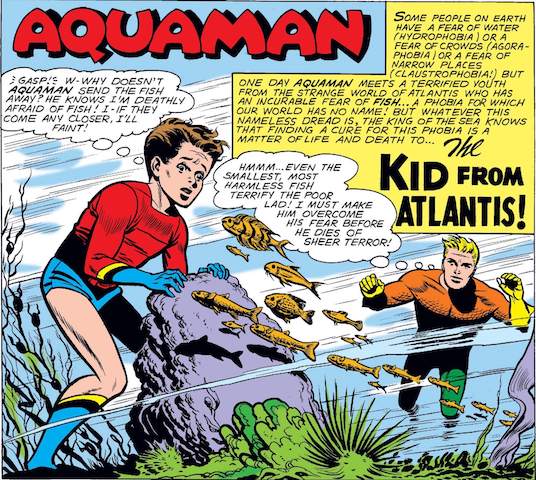 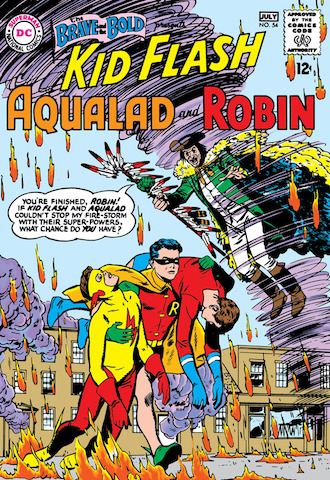 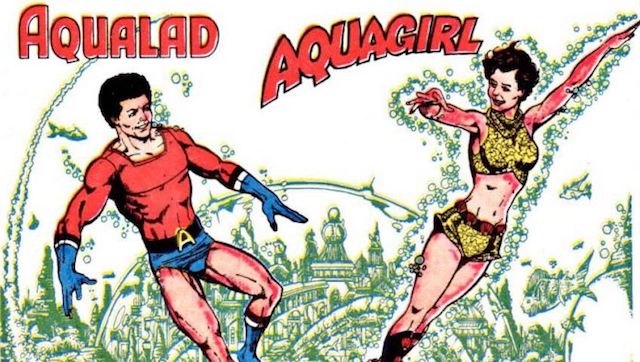 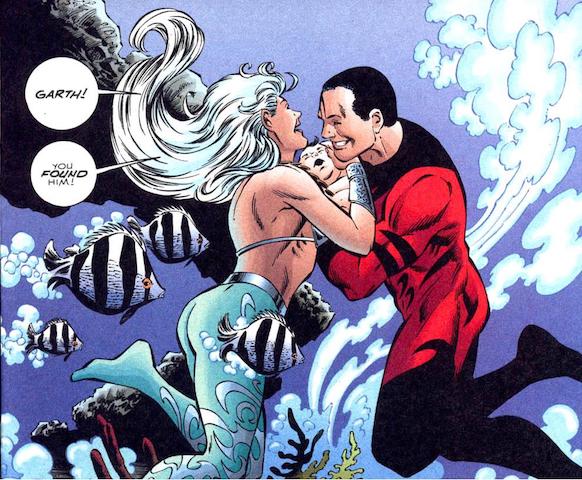 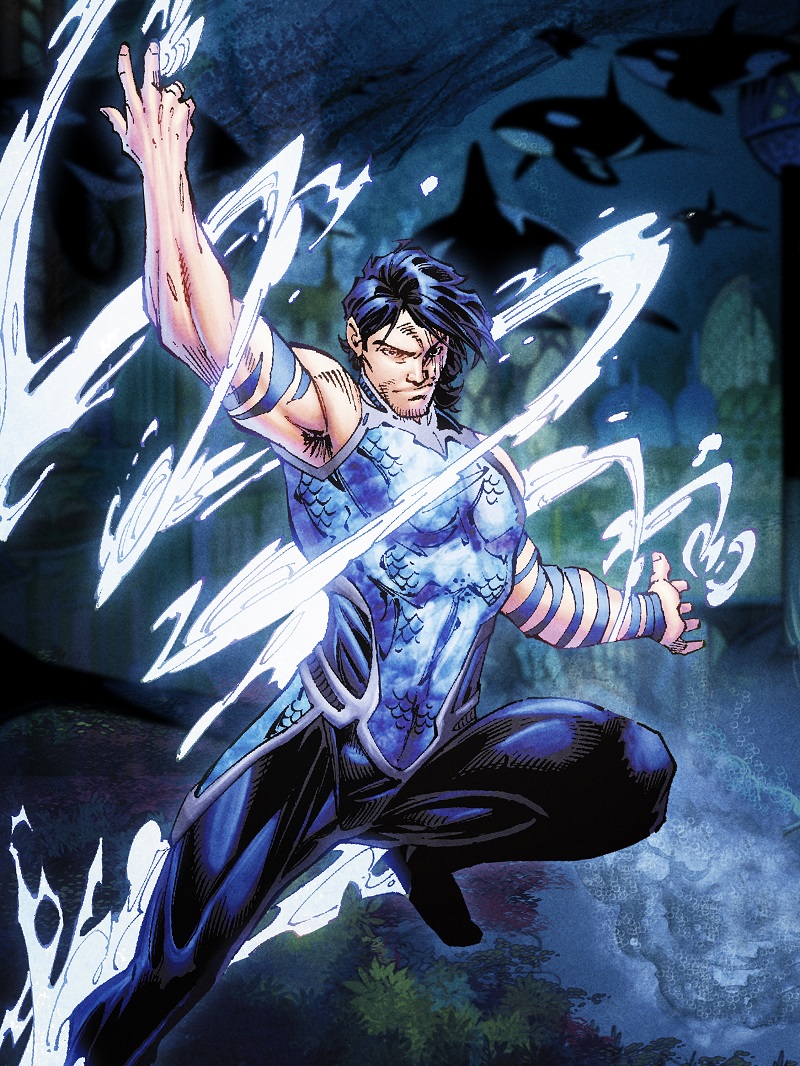 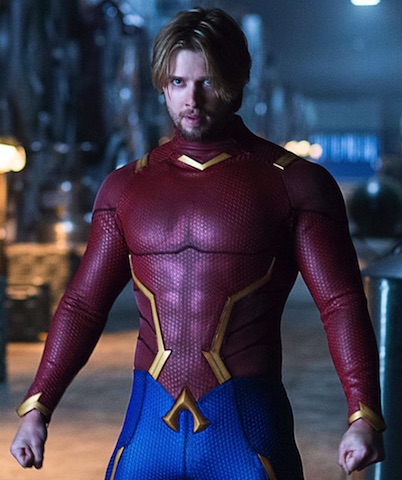 Many characters from the DC Universe, both central icons and some of the lesser-known creations, are celebrating an anniversary in 2020. One of these characters, originally introduced as a sidekick before spawning a more significant role, is swimming toward his 60th anniversary. Do you know who this is?

The amphibious teenage action hero Aqualad was initially introduced in Adventure Comics #269 by writer Robert Bernstein and artist Ramona Fradon. Garth, the first Aqualad, was born to the reigning monarchs of Shayeris – King Thar and his wife Queen Berra. Radical Idyllists later murdered King Thar and banished his pregnant wife Queen Berra to Poseidonis. Here, Queen Berra gave birth to a child with purple eyes that superstitious Atlanteans claimed was genetically inferior. Garth was subsequently banished to a barren seabed far away from Atlantis. But Garth not only survived, he thrived.

Eventually, Garth met Aquaman and served as his sidekick throughout the Silver Age. Like his mentor, Aqualad was an amphibious humanoid possessing superhuman strength, supersonic swimming, enhanced healing, telepathy with sea creatures, and the ability to breathe underwater. Aqualad and Aquaman had many adventures together, but following Aquaman’s marriage and birth of his son, he had less time to spend with Garth. Still wanting to be of assistance, Garth formed the teenage superhero team the Teen Titans with Kid Flash (Wally West) and Robin (Dick Grayson). The team would later add its fourth member Wonder Girl (Donna Troy) before spawning several iterations with significant lineup changes.

Around this time, Garth also met and fell in love with the impetuous and feisty Atlantean, Aquagirl. Their time together was tragically cut short during the events of Crisis on Infinite Earths at the hands of Chemo. Aquagirl’s death left Garth completely grief-stricken and his relationship with Aquaman become violent and strained. Garth would later marry his other famous love, Dolphin, in a touching ceremony in Atlantis. The pair would go on to have a son and remain married all the way up to DC’s New 52 relaunch in 2011.

Garth would go on to adopt the new mantle of Tempest and gained new mystic-based abilities as well as the ability to emit destructive force beams from his eyes. As Tempest, Garth operated mostly on his own before rejoining his former teammates as part of the new team, Titans. During the events of DC Rebirth, Garth’s history was retconned so that he is once again single and childless. At this time he was also brought back into the spotlight of the DCU as part of the new Titans series.

As Aqualad, Garth made animated appearances on television throughout 1967 and 1968. This included Filmation’s The Superman/Aquaman Hour of Adventure and 1968’s Aquaman cartoon series. He also made cameos in Justice League: The Flashpoint Paradox, Teen Titans Go! To the Movies, and DC Super Hero Girls. More recently, Drew Van Acker (Pretty Little Liars) portrayed Garth/Aqualad for his live action debut in the second season of DC Universe’s Titans. In this universe, Garth was one of the initial Titans alongside Dick Grayson/Robin, Wonder Girl/Donna Troy, and Hawk and Dove.

Since his DC Comics debut in 1960, the original Aqualad has played a supporting role within the various Aquaman series, as well as remaining affiliated with the Teen Titans throughout several of its many incarnations. Even after six long decades, the young hero remains a formidable member of the DCU family and has proven he is so much more than “the kid from Atlantis.”