Many new readers have discovered Wulf through the Atlas comic book series from 2011, but did you know that Wulf The Barbarian was one of the handful of Atlas-Seaboard titles that ran four issues in 1975?

The orphaned son of a murdered king and queen, Wulf lived and grew up “...On a nameless world in a forgotten time...”

He had spent a decade training for the time when he might confront their killer and that time came. After his trainer and mentor was killed by the same troll that had killed his family 10 years earlier, kills the troll and reclaims his father’s sword.

Written by Larry Hama (G.I Joe) and with art by Hama and Klaus Janson (Batman: The Dark Knight Returns), the series started off as one of the strongest titles. When Hama endured a family crisis, however, he was forced to get a full slate of talented friends to help him finish the art for the issue. They included Neal Adams, Ralph Reese, Ed Davis, Wally Wood, Bob McLeod, Pat Broderick, Vincente Alcazar, Paul Kirchner and Jack Abel (if you’re going to have a fill-in team, it’s hard to imagine a better one).

Steve Skeates delivered the story for the third issue and Mike Friedrich provide the story for the fourth, with Leo Summers and Jim Craig (aided by the Atlas bullpen) illustrating those issues, respectively. The creativity and inventiveness fell off dramatically, though neither issue was really bad.

Then, like the rest of the Atlas-Seaboard line, Wulf The Barbarian ended.

A mere 36 years later, Wulf returned with his new series in March 2011. The story opens on the legendary warrior as he finds himself simultaneously witnessing the end of his world and fighting the powerful wizard Sanjon, who manages to flee to present day New York City. There he encounters detective Sam Lomax, another character from the original Atlas line.

Wulf and Lomax end up thrown together against forces both evil and EVIL (you know it’s evil when it’s all caps evil). 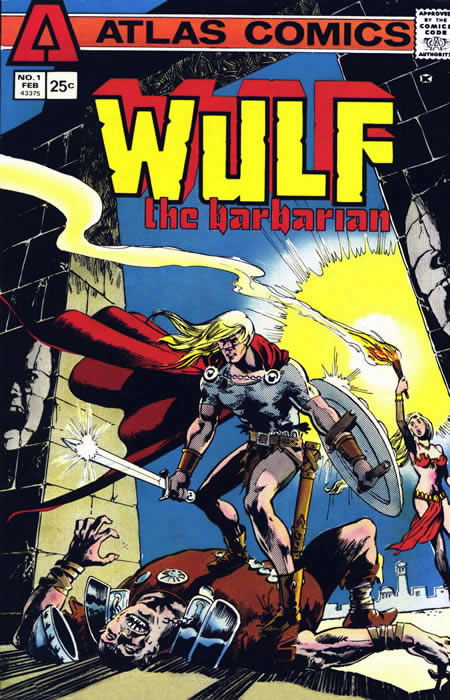 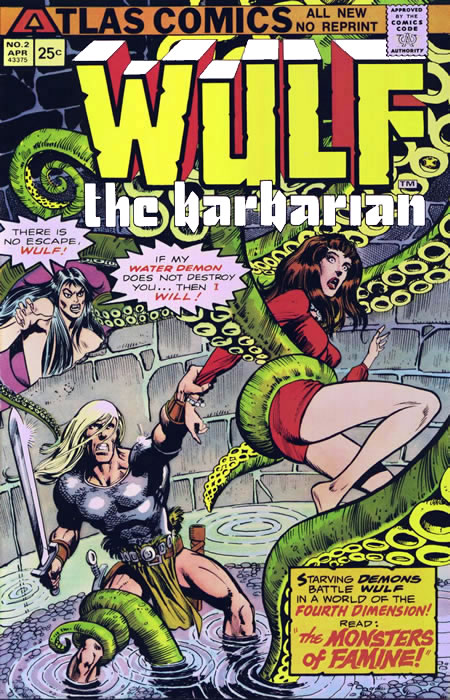 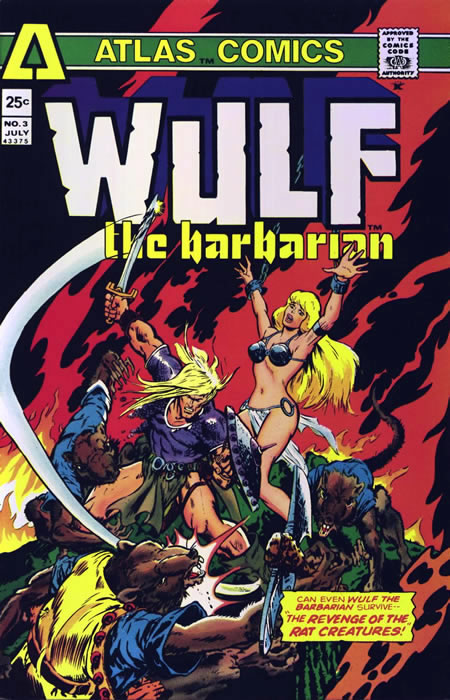 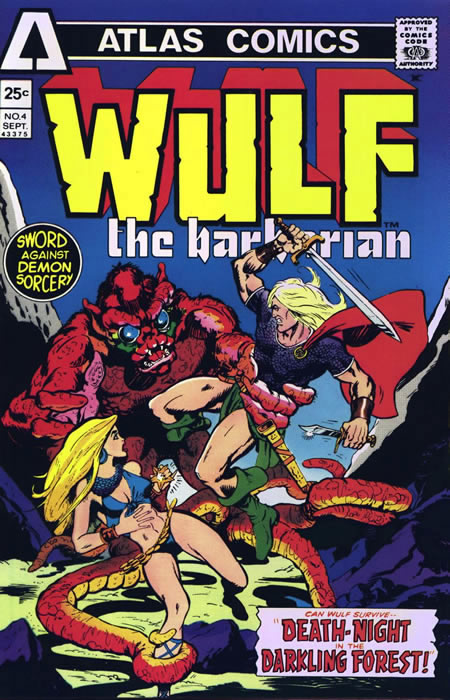