The Thing & Sandman Rock On! 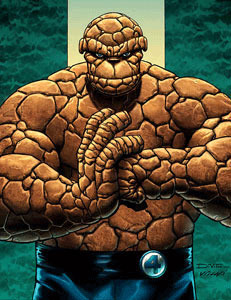 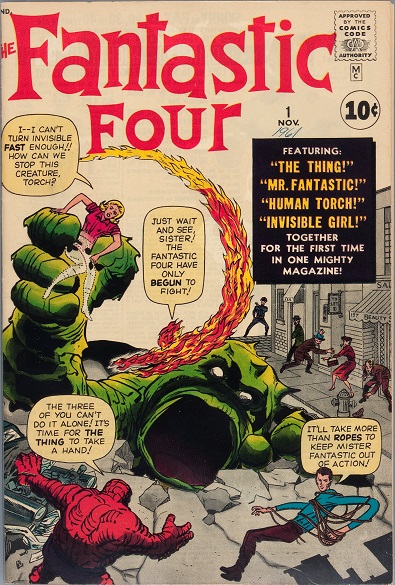 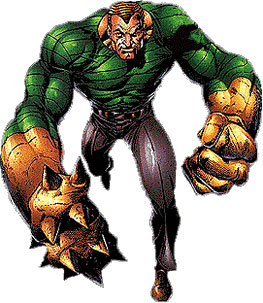 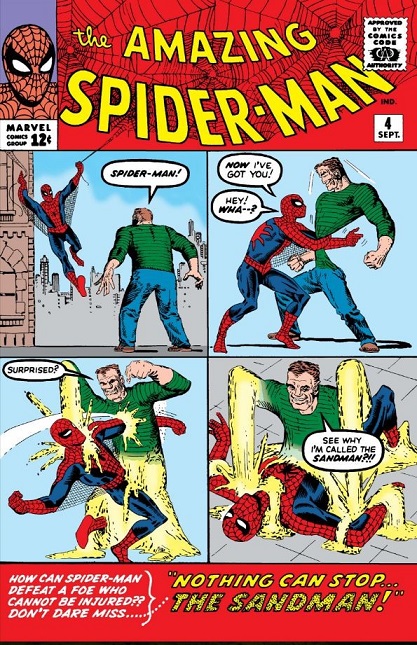 Marvel has created plenty of hardened characters among their heroes and villains – though for some, that’s more literal than others. Characters like the Thing and Sandman go beyond stony dispositions with rocky, superpowered exteriors.

The Thing, created by Jack Kirby and Stan Lee, made his debut in November 1961 as a member of the Fantastic Four. After Benjamin Grimm, as he was then known, received a football Scholarship to Empire State University, he met Reed Richards, who would become Mr. Fantastic. Working for the United States Air Force, beginning as a test pilot and then becoming an astronaut for NASA, Grimm receives a blast from the past when Reed contacts him about piloting his new spaceship. Denied permission from the government to fly the aircraft, Grimm, Reed, and Susan and Johnny Storm board the vessel and take off. After being pelted by a cosmic ray storm and exposed to radiation, all four members gained superhero powers and become known as the Fantastic Four.

Grimm’s skin becomes a dark shade of orange and is now composed of rocky plates. He soon discovers he has super strength, and is almost as strong as the Hulk. Being the only Fantastic Four member who does not hold the same physical attributes with their powers, as they did without, Grimm has the hardest time coping with his new composition. Reed, seeing his friend in grave despair decides to put his nose to the grindstone and attempt to engineer a machine to turn them back to their original selves.

A friend of the Thing, and making his first appearance in The Amazing Spider-Man #4, William Baker, later turned Sandman, was created by Stan Lee and Steve Ditko. Abandoned by his father at age three and raised by his alcoholic mother, Baker turned to creating sand sculptures on the beach of Coney Island to alleviate the pain. Spending most of his adolescence involved with the mob, Baker eventually found himself in the big house. Serving his time imprisoned on Ryker’s Island, he befriended his father, Floyd Baker, but never revealed his true identity. Once his father was released, he decided there was no reason to stay, so he escaped to a nuclear testing site located on a beach. After coming in contact with the sand, he had learned that the sand had been irradiated by an experimental reactor! His body and the radioactive sand bonded, changing his body into sand, therefore creating the pseudonym Sandman.

With his new-found power, Sandman is now able to merge with sand and manipulate it to any form, including transforming his hands into sledgehammers to take a swing at Spider-Man. By transforming into a sandstorm he can even fly! And, if he is exposed to extreme heat he can turn to glass, and if he breaks, he can reform and transform himself back into sand.

Using his super-strength for villainous deeds, Sandman hunts down Spider-Man, not leaving one stone unturned, in order to combat him, but the Thing temporarily encourages him to become Spider-Man’s ally, though this stint is short-lived. Sandman eventually joins the Sinister Six, who meet their end at the hand of their leader, Venom. Venom attacks Sandman and he swallows a chunk of sand from Sandman’s body, destabilizing him, and causing him to crumble to pieces and wash away to Jones Beach, New York. Miraculously, Sandman’s mind merges with the beach and begins swallowing people in order to piece himself back together.