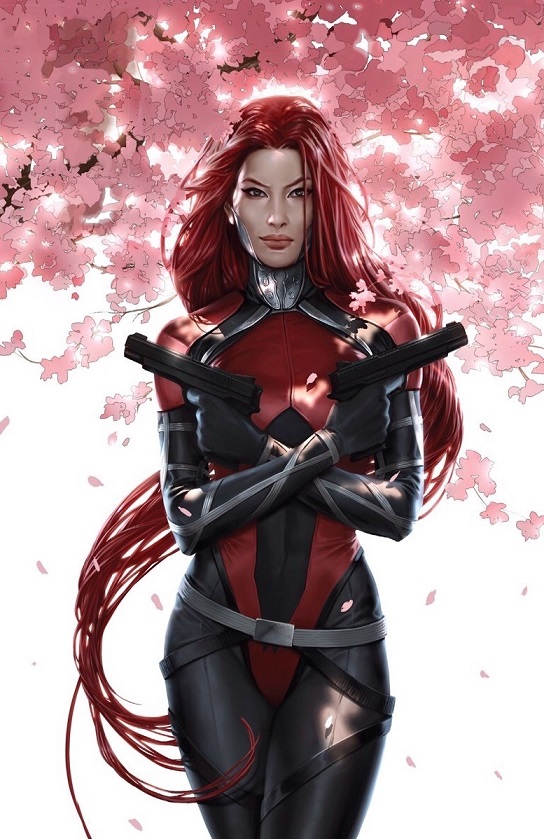 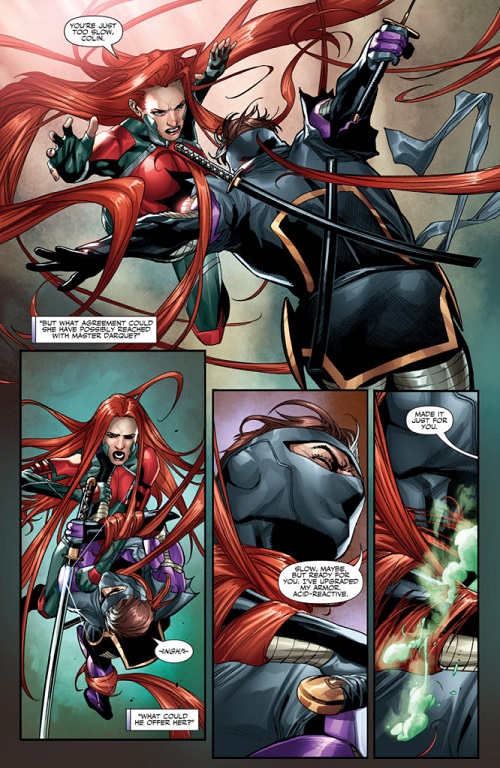 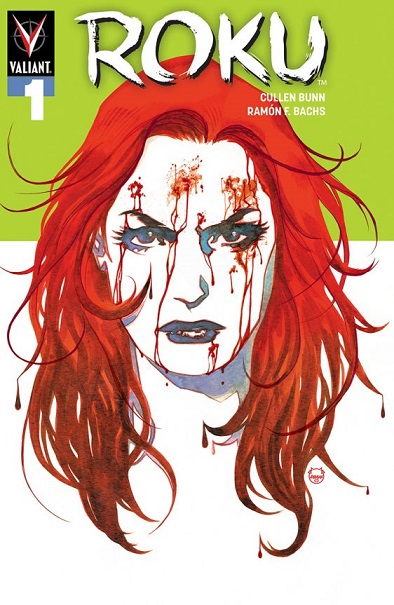 Roku is one of Valiant’s most dangerous characters. An assassin and martial artist, she has worked for the Weaponeer organization and is a member of the mysterious Shadow Seven. She is also a regular adversary to Ninjak. Created by Matt Kindt and Clay Mann, Roku made her first appearance in Ninjak Vol. 3 #1 (March 2015).

Before becoming the assassin Roku, she was Angelina Alcott, an MI-6 agent as well as Colin King/Ninjak’s trainer and lover. Ninjak was one MI-6’s best agents, which made her a target for his enemies. The Undead Monk sent agents to Colin’s house where Angelina was killed and her body was stolen.

They performed dark rituals on her, which healed her body and gave her many new skills, turning her into a master of weapons and martial arts. They gave her body supremacy meaning she has total biophysical alignment and the ability to dislocate her joints to elongate her body parts, as well as incredible endurance. Through psionic skills, she can interact with and stop the thoughts of others, along with a talent for projecting illusions into the minds of her targets. Perhaps her most notable new feature is her psychokinetic hair which is incredibly strong and can turn into razor sharp daggers that she can control to stab her victims. They also removed her memories, and therefore, her attachments to Colin and MI-6.

Roku was trained as an assassin, becoming part of the Shadow Seven, specifically Kannon’s bodyguard. She has fought Ninjak multiple times with their altercations being more and more personal after she remembered that he was partially responsible for her present situation.

For the Ninjak vs. the Valiant Universe limited series, Roku kills Colin’s current girlfriend and blackmails him into stealing a special book from MI-6 by threatening to kill the wife and daughter of his friend, Neville Alcott.

In late 2019, Roku got her own self-titled four-issue series which proved that her standing as an immoral assassin is not clearly defined. She was contracted to steal a weapon but upon realizing that the weapon was a child, she became more of a protector.

Wherever her allegiance and status as a villain or antihero, Roku is not one to be trifled with.