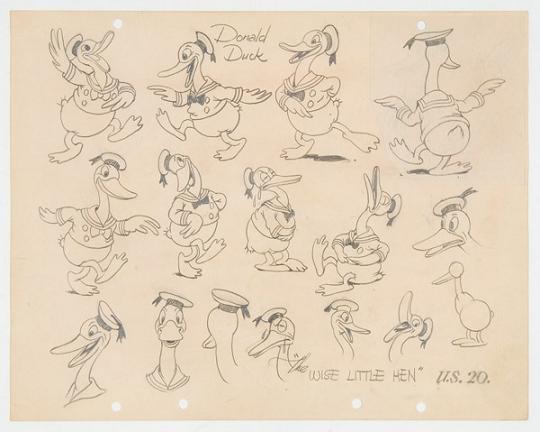 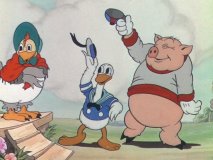 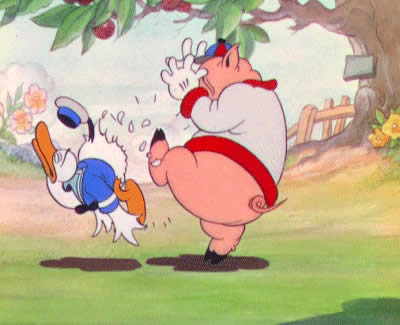 Walt Disney’s Silly Symphonies were an apex of entertainment during the 1930s. But they weren’t just enjoyable cartoons, many shared an important lesson. In The Wise Little Hen, the fowl of wisdom teaches her pig and duck neighbors such a lesson.

The animated short begins with a yard full of chicks pecking the ground for worms. Then, their wise mother hen comes out of their A-frame house with a plan to plant corn. Needing help to undertake such a project, she requests the aid of her neighbor Peter Pig, who is playing music and happily dancing in his front yard. Once the hen asks for help, Peter gets a sudden and excruciating-looking tummy ache, thus ending his ability to help.

The wise hen and her parade of chicks journey to the next neighbor’s house, Donald Duck. She asks Donald for help as he strolls out of his docked houseboat, but he too suffers stomach pain. Rather than going home defeated, the hen and her babies ready the field and plant the corn all by themselves.

Later, when the corn is ready for harvest the hen is, again, in need of help. She finds Peter and Donald jubilantly dancing and singing, well snorting and quacking, a tune at their “Idle Hour Club.” As soon as she asks for help the mysterious stomach pain returns to both pig and duck, leaving the wise hen and her young chicks to harvest, and prepare the corn themselves.

At last, the hen’s efforts pay off. She cooks at length preparing cornbread, corn muffins, corn on the cob, and every variation under the golden sun. When Peter and Donald see her outside of her house, they fall into another groaning slump until she offers them some of the food she’s prepared. Miraculously, they feel better and run to her house for sustenance. She hands the drooling animals a bowl with a bottle of “Tasty Castor Oil For Tummy Aches” rather than hot, fresh corn.

Walt Disney’s Silly Symphony The Wise Little Hen was based on the fairy tale The Little Red Hen. Released June 9, 1934 this animated short marked the introduction and first appearance of Donald Duck. The story filled with foot-tapping be-bopping background music presented the moral lesson that we earn what we receive for the better or worse.