To Lilliput and Beyond! 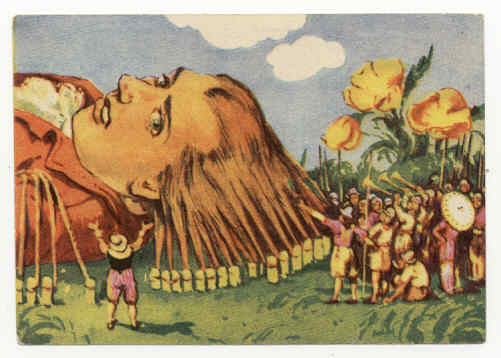 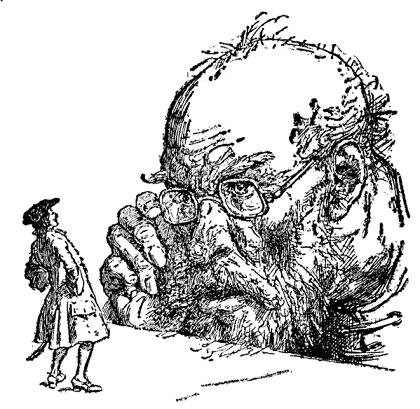 Generations upon generations produce novels, songs, poetry, and art that reflects and sometimes insults the time period. Successive generations are often unaware of the latent hints insulting government and culture of the past. One such novel, published in 1726, is Jonathan Swift’s Gulliver’s Travels. On the surface the book appears to be a comical tour through fantasy lands where people are incredibly small or where horses have the run of the land. But Swift’s story, his point, runs much deeper than that.

The book, which rarely shows signs of self reflection or deep thinking on the part of Gulliver, offers a parody of the traveling narrative and satire of human nature. Broken into four parts, the first two and latter two contrast each other both obviously and subconsciously. It begins with Gulliver’s adventure in Lilliput, where people are one twelfth his size, then his next adventure takes him to Brobdingnag where he is one twelfth the size of its inhabitants and is treated like an exhibit for their entertainment. The third trip takes him to various locations, many portraying the misuse of knowledge, and his final trip leads him to the land of Houyhnhnms where the horses are in the logical place of humans.

The contrast between Lilliput and Brobdingnag is greater than size difference. The Lilliputians are permanently at war with the Blefuscuidans due to a disagreement on the proper way to eat a boiled egg. The feud between the two is an allegory for the feud between England and France with the point of war satirizing the disagreements between Catholics and Protestants. It mirrored the disagreements between France and England regarding theological issues such as consubstantiation and transubstantiation. Meanwhile, the larger people of Brobdingnag have a more stable government and approach to rule. When Gulliver explains the state of Europe the king is not impressed considering disputes in Great Britain as trivial as Gulliver does the egg eating argument of his first adventure.

His third and fourth adventures aim at science and human use of the surrounding world. The third trip takes him to five locations, first being Laputa where inhabitants are devoted to mathematics and music but incapable of using them for practical reasons. Then while visiting Balnibarbi he is disappointed to see the ruin of a society due to destructive scientific pursuit, satirizing the Royal Society and its experiments. In the country of the Houyhnhnms, Gulliver is surprised to find horses in charge, taking the place of humans. The horses represent perfect nature, while the humans there are deformed beings, in their base form that inevitably make the gifts of nature vices instead.

Aside from magnifying his opinions on the problems of the government and church, Gulliver’s Travels includes themes questioning whether people are naturally corrupt or become corrupt and the controversy of ancients vs. moderns that Swift previously wrote about in The Battle of the Books. His bold statements and approach to the subject matter were so dangerous that his manuscript was secretly delivered to a publisher and may have been copied by another person to avoid the possibility of prosecution by the court based on his handwriting. Swift’s satirical novel questioned culture of the 1700s and can still be applied today.