The Oddball of Juggling Acts 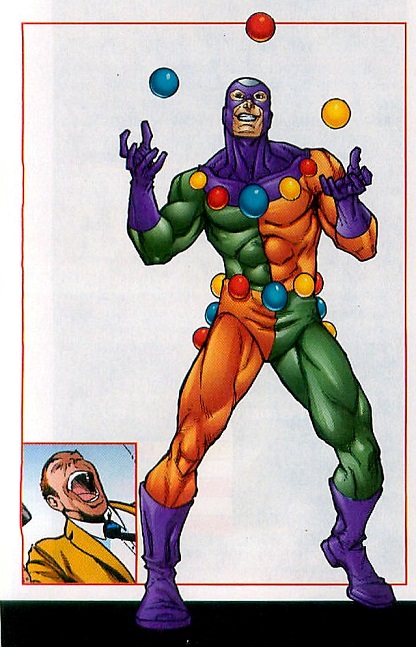 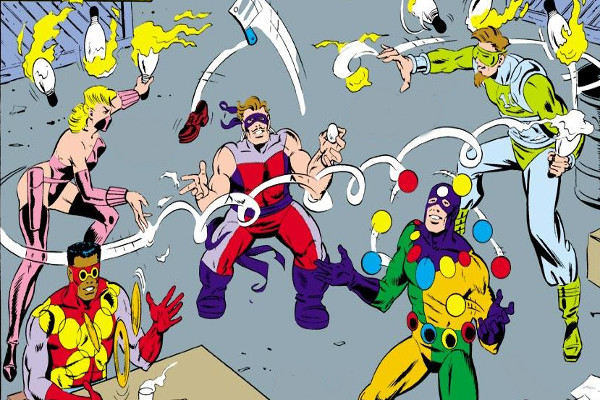 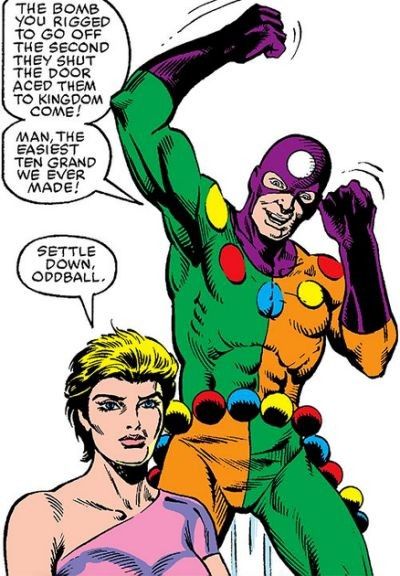 In November 1983, Mark Gruenwald introduced a comical new Marvel villain by the name of Oddball. Debuting in Hawkeye #3, Elton Healey was born in Reno, Nevada, where he and his brother Alvin were street performers. On his way to becoming a master juggler, Elton was also learning how to be a street fighter, and decided to combine these skills to be a juggling supervillain.

Crossfire hired Oddball and Bombshell, another juggling villain, to kill Mockingbird and Hawkeye. They manage to subdue the heroes and take them to Crossfire, but Hawkeye gets free and defeats the trio of villains. Alvin, under the new identity of Tenpin, is able break Oddball and Bombshell out of prison.

In another fun turn, Oddball’s next step is to form Death-Throws, the team of supervillain jugglers, consisting of Tenpin, Bombshell, Ringleader, and Knicknack. Their first mission is to get Crossfire out of prison, but instead of freeing him, they hold him hostage. Of course, they are defeated by Hawkeye, Mockingbird, and Captain America. Oddball and the team tries to claim a bounty set on Hawkeye’s right arm, but once again, the hero stops their bumbling attempt.

Now seeking vengeance for his many defeats, Oddball disguises himself as a police officer to ambush Hawkeye when he is showing Avengers’ recruits, Firestar and Justice, around a prison. Oddball releases the prisoners, thinking they’ll overrun the heroes, but Hawkeye and the young Avengers contain the riot and stop the fight.

Oddball’s last adventure proved fatal when he gets killed while participating in the Bloodsport competition in Madripoor, defeated in the first round by Headhunter.